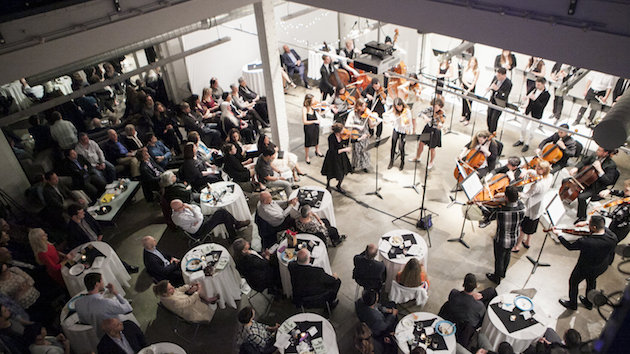 Return of the Boisterous Audience

While the foul-mouthed trumpeting against cultural elites, technocrats, scientists, and people who actually know what they’re doing may soon peak — as unbelievable as that may sound — in the classical-music world, an oddly parallel revolution continues to gain momentum. That’s the populist insurrection against formality, size, silence, tradition, and sacralization. In sum, resistance to the century-old image of orchestra musicians and audiences bound in black ties and whispers. There’s a yearning for the boisterousness of the 19th century, and a revolution on behalf of all those, including many millennials, who would love to come to the concert hall if you’ll just let them bring their cultural habits and devices.

And so now the ubiquity of the club-like, jazz-tempered venue for classical musicians, the niche that’s become not just popular but de rigueur from a business perspective, for both individuals and organizations. Such, for example, is the impetus behind the Sacramento Philharmonic’s Cre8tive Concerts series.

This downsizing and deformalizing is not new, of course. In San Francisco, you think of the Revolution Cafe in the city’s Mission District, which has been featuring classical music ensembles for more than 13 years. Or, on a much larger scale, Michael Tilson Thomas’ 2-year-old SoundBox. Or, on a different scale altogether, think of NPR’s 8-year-old Tiny Desk series, in which musicians gather before a very small audience, in a confined studio space that serves as a portal to the world. From live concert to MP3 in one smooth motion.

Among the best new ensemble-startups of this ilk in the Bay Area is One Found Sound, founded in May 2013 by five comrades from the San Francisco Conservatory. They opened a chamber-orchestra startup distinguished by its lack of a conductor and a completely democratic approach to artistic goals.

Recently, we spoke to clarinetist and founding member Sarah Bonomo, who explained that the artistic side of One Found Sound is “100 percent democratically run. All of the repertoire is decided by majority vote as are the individual artistic decisions made during rehearsals. For example, when we performed Berlioz’ “March to the Scaffold” from Symphonie fantastique, we decided by majority vote whether or not to take the first repeat. Following each concert, we send out feedback surveys and try to incorporate each of the ideas presented to us into the following concert. This is mainly how the artistic development of our organization has grown — using collective ideas from each member of the orchestra.” 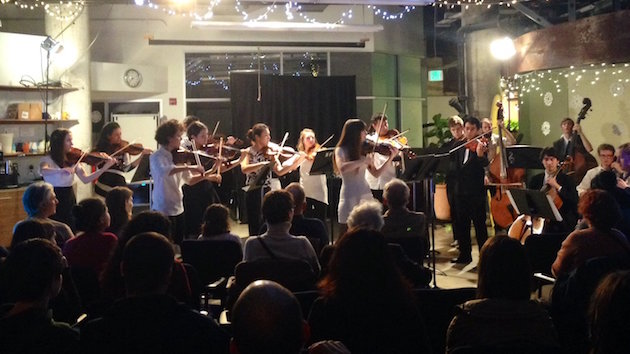 “Why does it have to be the ruining of art?”

The orchestra expands and contracts depending on the venue, from nine musicians to as many as 50. A full complement is usually about 35, with 21 strings (including harp), and 14 winds and brass. This year, for the first time, musicians are paid $50 per service; slightly more if they take a leadership position. 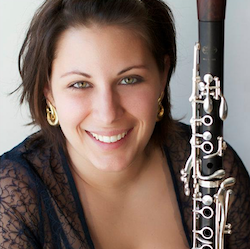 “Our concerts are more like events than standard classical music performances,” said Bonomo. “They are a public space where our musicians and members of our community can share a creative and artistic experience. We remove standard classical music performance barriers: we perform standing up and without a stage, we encourage phone use or clapping or vocalizing if the music so moves you, and our audience sits or stands close to us. We want our audience to be able to be a part of the full sensory experience of our performances, and removing these barriers is instrumental in achieving this goal.”

As for the distraction of it all, “We’ve found those kind of constraints just make people feel uncomfortable, and when you create a relaxed environment where people feel involved, they show respect. I can’t remember the last time we’ve been disturbed by something in the audience.”

She added, “As millennials who have grown up with this technology, I don’t see why this is such an issue and why it has to ruin ‘the art.’ We all feel the same way about this.”

From Vertical to Horizontal

The democratic character of OFS is less a rejection of hierarchical traditions per se than a growing conviction that the best strategy to encourage a classical music revival is to deconstruct all the barriers that separate audience from musicians, or “artists” as Bonomo would prefer to say. The idea is relentlessly communal; to blend various communities into one, and to offer various genres of artistic expression at the same time.

Our concerts are more like events than standard classical music performances. “We are inspired by these groups who have paved the way for a different listening experience (and) radiate this electric creativity when they perform: you can see them interacting with one another, and you can feel their energy and passion for the music from your seat.

“I think we were also inspired by our training at the San Francisco Conservatory. Personally, during my degree program there I participated in the string chamber music program, and I was really inspired by the faculty who opened my eyes to thinking about music in ways that I hadn’t thought about before.”

If innovation is the lifeblood of startups, then what’s next? New collaborations for one. New kinds of venues for another. “Events that please all the senses.” Someone has even suggested that the group consider memorizing a program. Take Beethoven’s Fifth. Said Bonomo, “Right now it’s not under serious consideration but it serves to illustrate the types of possibilities available to us in this kind of an ensemble.”

There is no distinction between being a musician and being an artist. I think musicians are artists and just as visual artists or media artists create paintings or movies that share human experiences, I think it’s a musician’s job to share those experiences through the medium of music. Music has great power to affect those of us performing and those of us listening. That’s the essence of why people love music. It’s universal and extremely personal at the same time.

From left field, but in view of the times, we asked Bonomo what she thought of the recent “Incident at the Richard Rodgers Theater” (aka “Mr. Pence’s Night Out”).

“I was really proud that the [Hamilton] cast did that,” she replied. “It was very important for them — particularly as Americans — to use that platform to say that we should have a government willing to protect its people, its culture, and free expression in general.”

The group’s next concert is on December 9 at Heron Arts in San Francisco. The program incudes George Enescu’s Dectet for Winds, Op. 14; Aaron Copland’s Quiet City, with Jesse Barrett on English horn and Brad Hogarth on trumpet, and Zoltán Kodály’s Dances of Galánta. Tickets available at Eventbrite. Another concert at Heron is scheduled for February 3.