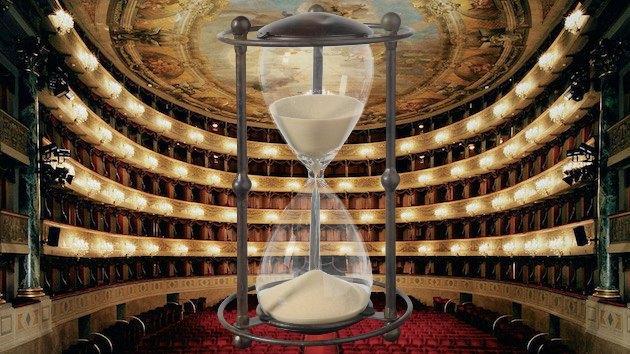 Grab an aria, fugue, or a pastiche: the shiny gates of opera are swinging open for 48 hours. 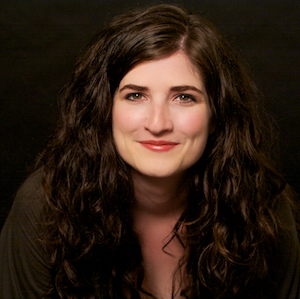 While the teams are given just two days to invent something of substance, festival organizer, co-founder and OTU board member Katie Nix says the performance will also feature a sneak preview — produced at a comparatively leisurely pace — of Hunter, the company’s upcoming production.

The excerpt from composer Joseph Colombo’s in-progress opera is a coming out scene in which Nix appears as a young woman soldier returning from war to her mother and her childhood home. Vulnerability, exposure, pain, courage, comfort, and inclusiveness are themes likely to weave their way into the libretto written by Caitlin Mullan.

So, too, will similar elements be a part of the experience for artists participating in the festival. Incubated in church spaces, school rehearsal halls, and living rooms with pianos across the Bay Area, the artists risk interpersonal exposure, peer-pressure to produce, and practical concerns, like work/sleep/eat/play balance.

Nix said that a call to artists garnered primarily applicants from the Bay Area, but also submissions from as far away as New York and Arizona. “We chose not to go non-local, because the idea — and my priority with this first festival — is to connect people in the Bay Area,” says Nix.

Among the 58 applicants that include composers, librettists, playwrights, poets, stage directors, pianists and singers, the largest group was singers. The most common reason artists stated to explain their interest — information requested on the application form — was the rare opportunity the festival affords. “It was pretty common from composers that they’ve always wanted to write opera but hadn’t had opportunity. There aren’t a lot of commissions for opera, or even companies that accept submissions for new works. There are competitions for string quartet writing and lots of other things, but that doesn’t exist for opera.” 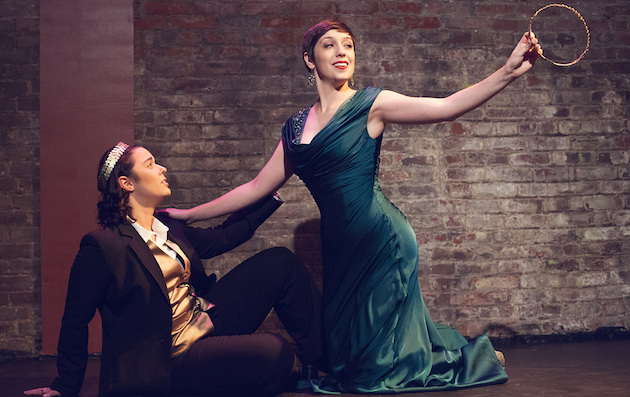 OTU exists for changing the paradigm that says opera must be grand (read expensive), long developing (read years), and exclusionary (read socioeconomic-, race-, or gender-restrictive). The model that further dictates opera must include elaborate sets and costumes, casts of dozens, presentation of iconic works written 250 years ago by European composers, and other overpowering equations is also rejected by the small company launched by four co-founders in 2015.

While reviewing the applicants, Nix’s rubric was fluid. For singers, experience or interest in new music was primary. “We didn’t choose people who just submitted themselves singing Puccini. The work samples were important as a baseline to make sure they had quality training and were competent musicians. But the short statement of interest really came into play more.”

For writers, the ability to write dialogue for stage was paramount. Composers were subject to multiple filters: is the music they write singable, phrased for breath and voice, compelling? “Or was it all 12-tone, atonal music? No one would want to learn and perform that in one weekend,” says Nix.

Which explains why the festival is 48, instead of 24 hours. Although there are many 24-hour play festivals and the Atlanta Opera hosts the 24-Hour Opera Project, Nix and her collaborators thought that the teams should have a little breathing room for optimum success. Simultaneously learning new music and new text is hard: the text is not always intuitive and the music can tax a singer’s physical capacity. The extra time will allow singers to rest their voices. 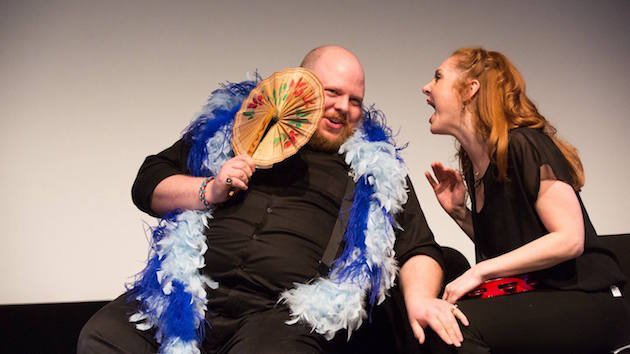 “But I anticipate some of those writers and composers will have a pretty late night on Friday,” Nix says.

Limits will keep the freewheeling minds of creative types from sprawling — or failing to actually produce a presentable work. Having something other than a blank white board, Nix suggests, is necessary. While still in the process of formulating guidelines, she says a location or setting for the operas will be determined and provided during the artists’ kick-off session. Elements of choice, like choosing one of five props, including a specific phrase or line of dialogue and requiring that the works include one of a short list of operatic structures are likely parameters.

At the performance, stage director Jose Maria Condemi, countertenor and stage director Michael Mohammed (both of San Francisco Conservatory of Music) and a third judge TBA will award a prize for “Best of Show” and other honors. “The purpose is about the connections, not prizes, but the judges and awards add stakes to the performance. They add something for the audience to celebrate at the end,” says Nix.

Although Nix, a soprano who commands wide-ranging repertoire, has never participated in a 48-hour festival, she says that working with composers on original scores is “freeing.” Taking ownership over an opera that is not a hand-me-down, bringing a role to life, launching what may or may not become a great opera has been a highlight among the most fulfilling experiences she has had in her career. “I want other singers to have that. I want composers and writers to get opportunities. I want to build our network of support.”