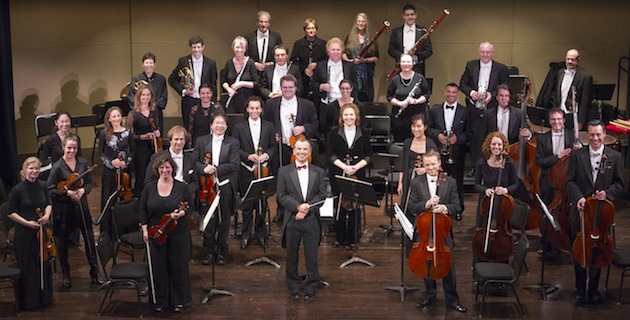 Ben Simon, music director of the San Francisco Chamber Orchestra, admits he can’t listen to classical music when he’s at home or in the car, unless he’s prepping a piece for an SFCO concert. So he’ll seek out jazz and other genres if he’s chowing down, conversing, or just recreating.

But over the years, he’s made some discoveries in other genres which themselves deserved a closer listen. At sessions of the Turtle Island String Quartet and the Hot Club of San Francisco, he took notice of violinist Evan Price, and was inspired to ask Price to offer summertime jazz improvisation classes and workshops to high schoolers in Simon’s Palo Alto Chamber Orchestra. Now, after several years of discussion, Price is being showcased in the premiere of his commissioned Concerto for Jazz Violin and Orchestra, to be performed with the SFCO as part of the their Jazz Dell’Arte program around the Bay, over the last weekend of this month. 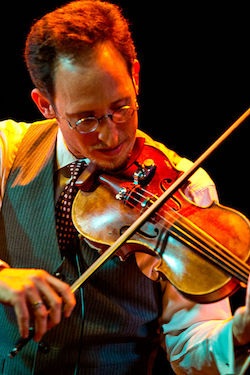 “I gave [Price] no guidelines on what the piece was supposed to be like,” Simon says, “just, in 20 minutes or less, to make it fun. I know the Orchestra respects Evan very much, as a composer and a violinist, and one of the things I like about jazz is, it frees us up a little bit. There are a lot of parts in the score where it’s marked, ‘Improvisation for Evan,’ so no one’s going to know that it sounds like, till we get up there and start performing. There are also parts where we have a series of jazz chords, which shift slowly.”

Over a dozen years, the SFCO has commissioned about 20 pieces. “In my initial conversations with the composers,” Simon explains, “I say, ‘Let’s chose a companion piece to put on the program.’ But I want them to pick a piece which isn’t necessarily a standard symphony, so that we can have these ‘odd’ ensembles on stage for two pieces, instead of just one.”

Price chose Stravinsky’s Suite italien (from Pulcinella), based on a 17th-century commedia dell’arte character, with references to the music of that time. “It was written for a chamber orchestra, but with horn, trumpet, and trombone — instruments unusual in a Baroque ensemble but common in a modern orchestra,” Simon points out. “It’s one of Stravinsky’s happier scores, well-suited to the spirit and enthusiasm and energy of the SFCO. And it’s basically the same instrumentation [as the Price piece], though Evan has added a vibraphone for his second movement and a marimba for his third, as well as a bass clarinet, and those aren’t in the Stravinsky.” 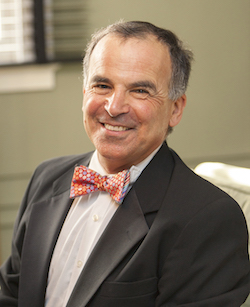 Simon decided to open his program with a third piece, of Baroque origin and attributed to Pergolesi — wrongly. The Concerto in G for String Orchestra was actually written “by an 18th-century Dutch nobleman, Count Unico Wilhelm van Wassenaer, who refused to publish his compositions but let others publish them, with the condition that his name be left off the printed score [because] it was considered beneath his class.” Researching Pulcinella, Stravinsky himself studied this piece and believed it to have been composed by Pergolesi.

Simon, who found this “very-charming” concerto on YouTube, has decided to retain the misattribution in his program notes. He adds, rhetorically, “Who in the audience is going to care?”

What’s important is that, “This is my kind of program, sparkling, energetic, admission-free, and under two hours.” He reminds the SFCO’s East Bay fans that, “Our home in Berkeley, the First Congregational Church, burned earlier this month, so our October 30 concert will be at St. John’s Presbyterian Church, which we outgrew about a dozen years ago. It’ll be crowded.”