Too often the summer season finds music ensembles going on physical or artistic hiatus, taking an extended vacation or programming concerts heavy on lighter repertory. Not so the San Francisco Choral Society, a symphonic chorus under the musical direction of Robert Geary, which bucks the tide with substantial works by Beethoven and Britten on July 31 and Aug. 1 at San Francisco’s Calvary Presbyterian Church. 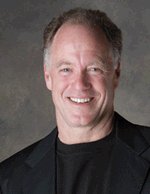 SFCS has a straightforward mission — “inspiring and enriching people’s lives through the joy and power of choral music,” according to its Web site — but, in practice, the group wears many hats. Performing great choral masterworks is its anchor, but SFCS also commissions and performs modern works by the likes of Morten Lauridsen, Arvo Pärt, and Kirke Mechem. It boasts substantial service components, as well; chorus members receive low-cost music lessons, while high school and college student interns are often recruited to sing with the group. And just last weekend, the ensemble held an open rehearsal and silent auction to benefit its programming and educational activities. Attendees got to hear a rehearsal of Beethoven’s Mass in C over wine and hors d’oeuvres, while also bidding on goodies ranging from concert tickets to a Lake Tahoe vacation.

As for the repertory, Beethoven’s makes for an intriguing centerpiece. Among this composer’s legion achievements, choral music seldom ranks high on most music lovers’ lists. At the 1807 premiere of his Mass in C Major, commissioned by Prince Nikolaus Esterházy, the prince pointedly disdained the piece, causing Beethoven to haughtily leave the theater in what scholar Charles Rosen terms his “most humiliating public failure.” But don’t let this reaction fool you; this Mass is full of expressive immediacy, with a colorful stylistic variety and vivid text-painting details. In a recent SFCS newsletter, Geary terms it “a concise and direct expression that has a compelling motivation for performers and listeners alike. It is a relatively early work, and one can easily hear Josef Haydn’s inﬂuences ... but the clarity, integrity, and expressiveness are all Beethoven.”

The Choral Fantasy also struggled with growing pains. Premiered at a marathon 1808 concert along with Beethoven’s Symphonies No. 5 and 6 and other works, the fantasy was planned as a rousing closer to the four-hour-long festivities, but the performance fell apart and had to be restarted. Nowadays it is widely known for using an embryonic version of the “Ode to Joy” theme, later featured so prominently in Beethoven’s Symphony No. 9.

The program’s final work, Britten’s Rejoice in the Lamb, gains power from both Britten’s beautiful music and a brilliantly delirious text, written by an insane 18th-century poet and visionary named Christopher Smart. “Nowhere in the literature for organ and choir combined can we ﬁnd a piece that uses the full, colorful capability of the organ in duet with the chorus as does this one,” Geary says.

Although the folks at SFCS are doubtless busy mastering this heavy-duty repertory, they evidently still have time for some summer fun. The latest issue of their newsletter offers some revealing quotes that betray both Geary’s pride in the ensemble and his more humorous side. About a recent recording session, for instance, he deadpans, “I’d put you guys up against the Mormon Tabernacle Choir any day.” [Pause] “In a drinking contest.”