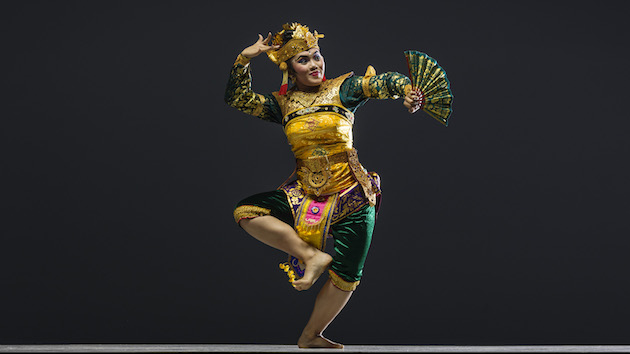 Bounced like a ping-pong ball between venues during recent years, the 38th annual San Francisco Ethnic Dance Festival returns to the Palace of Fine Arts Theatre June 4–19. Three weekends of performances feature more than 400 dancers and musicians from 32 Bay Area dance companies. Tradition and innovation share the stage in 12 world and two North American premieres and dances from 20 world cultures.

Despite a stellar track record that has in the last decade alone brought 450 ethnic dance companies from the area’s rich bounty to the stage, Executive Director Julie Mushet says the last six of her 14 years with the festival have been chaotic.

“My first eight years were the greatest of my life. The field was thriving. The festival was never easy, financially, but we were able to pay all the costs, the artist, the staff. Then the recession started, but more importantly, the Palace of the Fine Arts relocation problem arose. Overnight, the San Francisco Recreation and Parks Commission raised the rent for anyone taking on the lease from $1 a year to $500,000 a year.” Bidding for the lease in 2010, she says, was cost prohibitive. 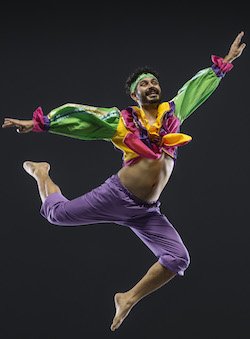 The festival requires a large stage. The only other venue with a 70-foot stage in the city is the War Memorial Opera House, home of the San Francisco Opera and San Francisco Ballet. But the arts organizations that perform there were already claiming they needed more stage time. Mushet says she and the festival’s board had no interest in competing with them. They relocated to Yerba Buena Center for the Arts and moved across the Bay Bridge to Zellerbach Hall, but neither venue met their needs without compromise. After a plan they recently presented to the City to win a 55-year lease and use the Palace theater came in fourth during a top-three-only final selection round, Mushet says the festival faces an annual bounce.

“Since 2011, we’ve gone to other, smaller venues — and we survived. We’re back at the Palace this year, but it might be our last. It’s all up in limbo,” says Mushet.

Amid the external bedlam, a poem around which this year’s festival is organized is a powerful bedrock. Poet, dancer and activist Janice Mirikitani will be honored June 4 at 8 p.m. with a special performance of And Still We Dance. Antoine Hunter of Urban Jazz Dance Company will interpret the poem’s “survival” message. The opening lines express the origins, durability and legacy of ethnic dance:

From the sounds of work

Shaken from the fields, the streets,

From projects and concentration camps,

our bodies pushed forward for freedom,

and still we danced.

From festival to funeral to birthing,

from the womb to the grave,

“The poem really hit home to us,” says Mushet.

The universality of Mirikitani’s message also rings true for a range of artists. Some groups bring 500-year-old traditions in their purest form. Others, like Charya Burt Cambodian Dance, immerse themselves in their culture’s 2,000-year history and emerge with astonishing innovation. Often, the change is subtle. “She’s the only Cambodian artist that we know who is singing. She’s transforming the form in a powerful way,” says Mushet. 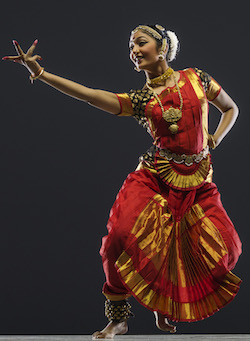 By far, the most uplifting moments of the festival arrive at the end of each performance. “After the artists bow together, the audience joins,” says Mushet. “The uniting part is the beauty of the experience. The harmony and the final bow, where everyone dances together, is where you feel the greatest joy.”

In addition to Mirikitani’s honor during the first weekend’s performances, special appreciation will be shown when Malonga Casquelourd Lifetime Achievement Awards are delivered to the Filipiniana Dance Troupe’s founder and director Bernardo Pedere (June 11), and Valerie Watson, founder and artistic director of Alafia Dance Ensemble (June 18). Both artists have worked within their culture’s traditions for decades and have trained the next generation of dancers.

“Our strength is in the breadth of these forms,” says Mushet, mentioning a recent article in the New York Times that named the 50 best ethnic dance festivals in America. “We’re the only festival they included west of Colorado. It’s our diversity and this fertile area that is the draw. Interesting things happen in their root countries that are always informing the rich, ethnic dancers we have here in the Bay Area.”

Which raises the question: Do we really have to look to The Times to find validation for jumping to our feet to support and attend the festival? Not really. One glimpse of bold, grounded Afro-Haitian, exquisitely detailed Indian Kathak, fiery Flamenco, or any of the other ethnic dancer should be enough to convince everyone that a 39th year — and beyond — must be preserved. 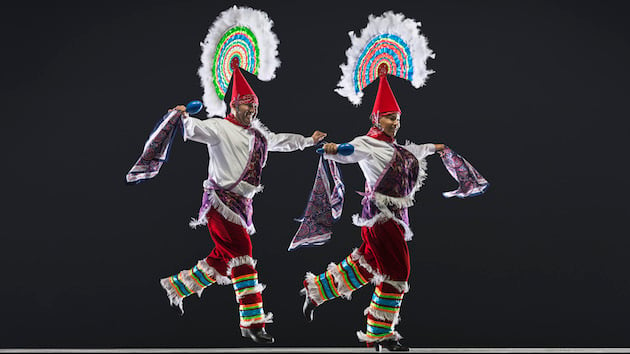