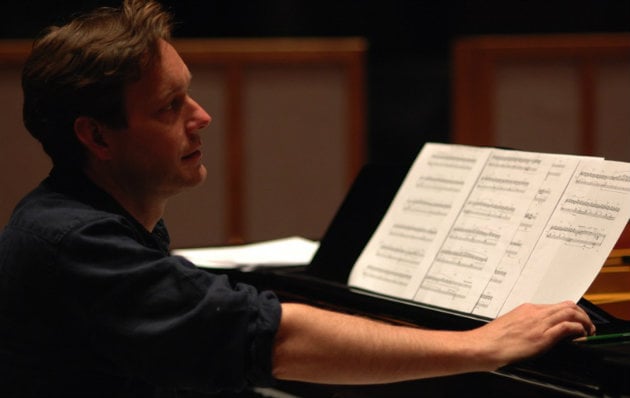 One benefit of composer Jake Heggie’s prowess in opera and song is that gifted soloists are always ready to work with him. Having just seen the Dallas premiere of his latest opera starring Joyce DiDonato, Frederica von Stade, Ailyn Pérez, and Nathan Gunn, Heggie is now looking forward to Dec. 16, when BBC Cardiff Singer of the World winner and Richard Tucker Award recipient, mezzo-soprano Jamie Barton joins pianist Robert Mollicone and cellist Emil Miland for the West Coast premiere of Heggie’s 20-minute The Work at Hand at the San Francisco Conservatory of Music.

Singer and composer embarked on the project a while back after Carnegie Hall approached Barton to ask if she’d be interested in having a piece commissioned for her then-forthcoming Carnegie recital.

“Absolutely,” she said. “That would be amazing.”

When asked whom she wanted to write the piece, she replied, “Top of the list is Jake Heggie.”

Since Barton already knew Heggie on a first-name basis, Carnegie Hall suggested she contact him directly. His reply, in her words: “I’d love to, but right now, my plate is just too full to be able to take something else on. But let me think about it.”

Not long thereafter, the Pittsburgh Symphony Orchestra got in touch to say that Heggie had already been commissioned to write a piece for their first chair cellist, Anne Martindale Williams. They also wanted a vocalist.

“Jake, being very smart, suggested I was the one to sing it,” Barton reports. “We ended up making it into a co-commission with a chamber version, which we debuted at Carnegie in mid-February, and an orchestral version we premiered in Pittsburgh in mid-May.”

Heggie’s supremely lyrical work sets “The Work at Hand,” a deeply moving poem by the late Laura Morefield. Morefield wrote the poem in 2009, the year after she was diagnosed with Stage 4 colon cancer. Its first of three verses use the metaphor of origami to describe how she folds all the advice and love of her friends into her life.

I feel compelled to start my long goodbye – folding advice

until it reveals hope, creasing resilience side by side with laughter

tucking courage into the pocket made by joy – making

the message of my life into individual origami.

Heggie takes his cues from Morefield’s words, infusing his music with a Hindu and South Asian feel that, after a period of struggle, ultimately opens to embrace the infinite. 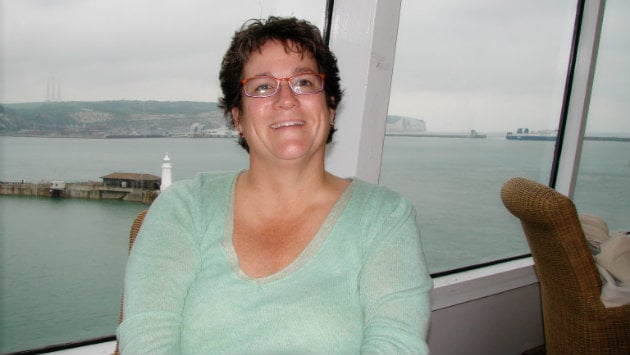 “The second part of the poem is the Warrior,” Heggie says. “Laura used the Warrior pose in yoga to describe the feeling of reaching and fighting and pushing against the battle line until you have nowhere left to go. The last part is a beautiful celebration of nature and being. It’s about the privilege and joy of just sitting in a patch of sunlight in the green, looking around, and realizing how beautiful and blessed the journey has been.”

It’s a remarkable poem. I’ve set it to not only honor Laura, who died in 2011, but also all the friends we’ve lost to this disease during our lives. It is a way to honor Zheng Cao, Lorraine Hunt Lieberson, and all of Emil and my friends who have passed too soon because of cancer.

The music is not dark; it’s about something very human and real, and a journey that all of us have to take. None of us knows how long we have on the planet. But if we’re lucky, we have choices about how we’re going to spend it. Are we going to be bitter, are we going to be angry, or are we going to find peace and joy somehow? I’m grateful to Laura Morefield for finding the inspiration to put it on the page and trusting me with the words.

Miland, whose long friendship with Heggie has enabled him to help bring many of the composer’s works to life, is unstinting in his praise of the way Morefield confronts death with such beauty, and how well Heggie’s music complements her words.

“When I got the poetry and score, I had this sense of honey pouring all over me,” he enthuses. “Being the voice that doesn’t have to say words is like being in heaven with this music.”

The Work at Hand is about as raw a piece of music as I’ve ever seen, heard or performed. It’s three movements of gut-wrenching truth. Singing Laura Morefield’s words is so moving that I had to spend much of the first month of rehearsals prepping myself not to weep. In fact, the first time I sat down with the piece, I wept. Speaking of the fear and anger that come with knowing you’re going to die is deeply touching.