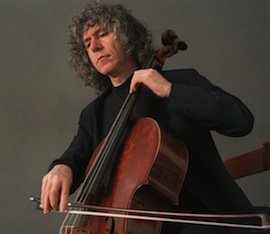 Steven Isserlis performing all of Beethoven’s cello music is a treat; his doing it in company with fortepianist Robert Levin promises to be an adventure. I don’t honestly know what you can expect in their two recitals next May. The programs are neatly divvied up, with the beloved A-major Sonata sharing company with one of the Opus 5 Sonatas, the Horn Sonata transcription, and two of the variation sets, while the second program gets the other Op. 5 Sonata, the other variation set, and the two strange, decidedly quirky late sonatas. I think if I had to choose one, it’d be the latter, but I’d far rather not choose at all.