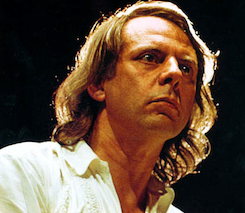 In addition to the 1953 Stockhausen composition, Gérard Grisey's "Périodes," the second movement of his expansive Les espaces acoustiques, composed between 1974 and 1985, will be performed. The concert will take place at the San Francisco Conservatory of Music Concert Hall.

The two iconic post-World War II pieces pair well together, according to oboist Kyle Bruckmann, a core member of the sfSound collective of musicians and composers. "They're both viewed as towering examples of an extreme formal statement," he said, in a telephone interview. "And they're both considered watershed pieces of composing."

Kontra-Punkte is a work for 10 soloists (flute, clarinet in A, bass clarinet, bassoon, trumpet, trombone, piano, harp, violin, and cello). The instrumentalists are divided into six sound groups in which the ensemble sounds gradually transform into a "monochrome" timbre of the solo piano.

Grisey's atmospheric "Périodes" is considered to define spectral music, which explores the spectrum between harmonic overtones and noise. "It's somewhat a reaction against the world of Stockhausen," said Bruckmann. Many spectralist composers used computers to analyze the physics of music and sound. "They paid very close attention to harmonic parcels of sounds," he said. "It's kind of analogous to tweaking the brightness on a computer screen." 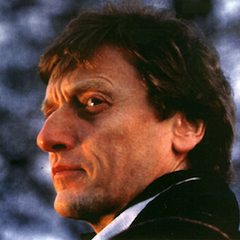 Saxophonist John Ingle will conduct the two works, which will be followed by brief "small package" compositions in response to either the Stockhausen and Grisey, or the two pieces together. Ingle and Bruckmann are two of the evening's five commissioned composers, who are each taking a slightly different approach to their assignment. "Those two pieces are thought of as really rigorous, formal structures," said Bruckmann. "There is a lot of theory that goes into them. I wrote my piece thinking about what the formal structures of those pieces mean at this stage."

Neither the Stockhausen or the Grisey works are easy listening. "A fondness really helps," he said. "They're daunting to perform." Daunting, however, is not a deterrent for sfSound fans. "A lot of our audiences, who come consistently to our concerts, know about this music."

For members of the collective, it's an opportunity to play music they want to hear. "We're interested in contextualization," said Bruckmann. "A lot of what we have in common is we're all of a generation ― born at the height of neo-romanticism ― taught that post-war avant garde music was horrid, ugly ... that we were free to write romantic music. But we found that we kind of like it, in an ironic about face. A lot of that music now feels like the classics to us."