Taking a Fresh Look at Otello

The title of the piece opening Stanford Lively Arts’ 2009-2010 season, aside from its references to Shakespeare’s play of four centuries ago and Verdi’s adaptation (as Otello) to the operatic stage in 1887, denotes a psychopathological rage based on suspected spousal infidelity. There’s a threat, with The Othello Syndrome, that lovers of classical literature and music might be driven into a similar rage, hopefully not as morbid, by the liberties taken by the certifiably eclectic, experimental postmodern composer and pianist Uri Caine with his revered classical sources. 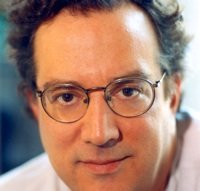 Relax your suspicions: Nobody gets hurt in this Grammy-nominated effort, which Caine is quick to describe as “not really an opera at all — it’s more about taking different parts of Verdi’s Otello and transforming them, changing the style.” Actually, it could be argued that the original language and intention of the Bard of Avon get a better showcase from this New York–based musician than from his Italian predecessor. For the classically trained, jazzwise Caine, it’s a first-time opportunity to go theatrical with his homages to the classical canon, which in the past have showcased Mahler, Bach, and Beethoven.

This West Coast premiere of Caine’s Othello Syndrome features rhythm-and-blues vocalist Bunny Sigler in the title role, and Swedish jazz favorite Josefine Lindstrand as the doomed Desdemona, singing in English and accompanied by a sort of cabaret ensemble including Ralph Alessi on trumpet, Zach Danziger on drums, Tim Lefebvre on bass, Chris Speed on clarinet and guitar, and Josefina Vergara on violin, with the composer on piano. You might expect this lineup to result in some evocation of Kurt Weill, though there’s considerable variety in mode among the work’s set pieces.

Aside from some fairly faithful quotes from Verdi, there are moments of Jewish klezmer, electronica, mainstream and free-form jazz, and pop soul music, all of which manages to hang together and convey the tragic tone of the story. The Othello Syndrome was commissioned for the Venice Biennale for Music, which Caine directed and where his work was premiered in 2003. The Grammy nomination was garnered by its recording on the Winter & Winter label in 2008. Over several decades, Caine has been commissioned by or performed with other classical ensembles, including the Beaux Arts Trio and the Los Angeles Chamber Orchestra, where he debuted his Concerto for Two Pianos with Jeffrey Kahane in 2006. Wearing his jazz hat, he’s been booked at top-flight festivals in Monterey, Montreal, Newport, and Rotterdam.

At Stanford, you'll be convinced that Caine's Othello is way beyond the "mere prattle, without practice", of which Shakespeare's envious Iago accuses his master. This is the work of an innovative and masterful musician.