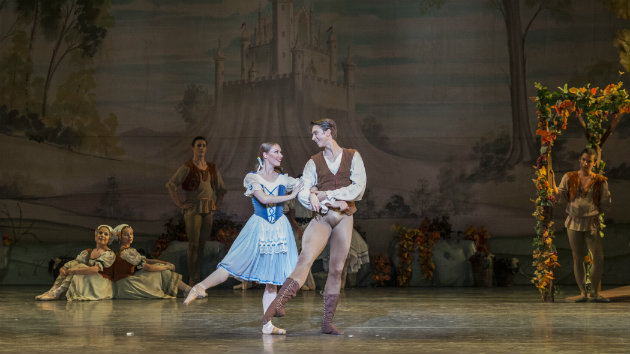 In its first performance as Silicon Valley Ballet, the company formerly known as Ballet San Jose presented the Cuban version of Giselle, as choreographed by Alicia Alonso, the 94-year-old founder of the Cuban National Ballet. Alonso was not in San Jose for the Friday, Oct. 16 show, the first in a weekend of four shows at the San Jose Center for the Performing Arts, featuring three Giselles and two Albrechts. Friday night, Hilarion, the jealous suitor, was danced by SVB artistic director Jose Manuel Carreno in a dramatic turn to which he seemed ideally suited.

Carreno, the link with Alonso and the company’s current adventure (which is expected to continue when BSV visits Cuba next year), grew up in the Cuban National Ballet and then starred at American Ballet Theatre.

But the ballet, as someone has said before, isn’t called Albrecht, or Hilarion. It’s Giselle, and Alonso was inarguably one of history’s greatest Giselles in the role created in 1841 by Jean Coralli and Jules Perrot. The question, though, is how her Giselle, and her subsequent direction of the entire two-act ballet — described by the Silicon Valley Ballet folks as the “Cuban Giselle” — is different from any other Giselle, particularly the one that made her famous, the one in which she danced as a star of Ballet Theater, as ABT used to be called.

Coming when it did, hard on the heels of the loosening of trade and travel restrictions between Cuba and the United States, SVB has raised a lot of curiosity and sold a lot of tickets by promoting this new/old Giselle, so it’s a question that needs addressing.

It may sound heretical, but this Giselle really isn’t so different at all.

I cannot buy the company line about Alonso’s Giselle showing more curvilinear arms, a softer carriage to the body, softer footsteps or a more ethereal quality to Giselle and the Wilis that surround her in Act II. These markers are present in any conscientious presentation of the ballet, and so are differences in dramatic coloration depending on the time, the character, the dramatic arc. 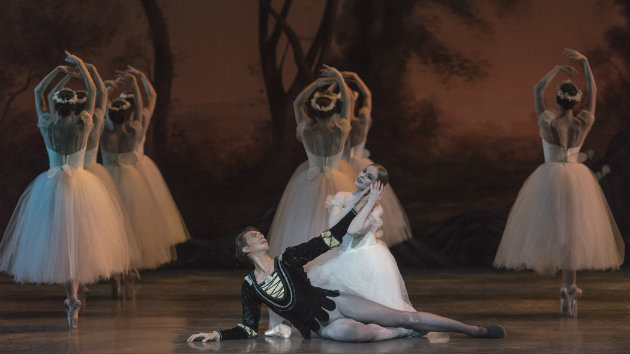 The things that make Giselle a great ballet are universal: a superb live orchestra (not a tinny, horrible audio rendition as played Friday night), evocative sets and costumes (present Friday and welcome), and – essential – great dancing all around, and the energy, passion and self-confidence to put it across. Not unexpectedly, this is what gives Silicon Valley Ballet, like most struggling companies, the most trouble or, to put a positive spin on it, the goal most worth fighting for.

They have many good dancers, some OK dancers, a couple of great dancers, and a whole bunch of dancers who are still growing. Their progress has been visible, and laudable. But this is a killer ballet, no matter whose it purports to be. If it’s Alonso’s, having seen a film of her in Giselle, we could say it’s because of her commitment to story. She was – is – an amazing actress. But these dancers have trouble telling a story through the body. The body, of individual dancers as with the corps de ballet, literally “the body of the ballet” — is still developing. So there’s sometimes hesitancy; too often it lends a certain dryness. That’s not very interesting.

Unquestionably, the company’s dancers have benefited tremendously from coaching by guest stagers Loipa Araujo and Svetlana Ballester, both from the Cuban troupe, as well as Carreno. But the benefit may simply be because there’s been a focus on improving the dancers’ performances overall, rather than the imposition of any particular style or technique. As the shyly smitten peasant girl [Alexsandra Meijer] was pliant and radiantly lovely, with superb and gentle epaulement, as the carriage of the upper body is called.

To turn to a few specifics: Alexsandra Meijer, Friday’s Giselle (the other two this weekend are Ommi Pipit-Suksun and Junna Age), is the most experienced of the three. As the shyly smitten peasant girl she was pliant and radiantly lovely, with superb and gentle epaulement, as the carriage of the upper body is called. Her Act I mad scene, as Giselle realizes her betrayal by Albrecht, the man she loves, was a focal point of the evening. But Meijer is past 40 now, and not very strong in passages that could have used more power. Too, it seemed as though the music (by Adolphe Adam) was cut and tinkered with to accommodate her technical shortcomings, or maybe Alonso did it for her own needs.

The caddish Albrecht was Brett Bauer, the company’s newest principal dancer, most recently from the Oregon Ballet. Bauer is boyish, even coltish, and very tall, with beautiful slender legs. He’s strong enough to lift a ballerina like Meijer without breaking a sweat, but weak on technique; his Act II solo passages on the diagonal, where Albrecht tries to stay alive until daybreak by dancing ceaselessly, are supposed to be showstoppers. They weren’t, consisting mostly of double air turns leading into a kneeling position. At Bauer’s height, a series of beating jumps a la Baryshnikov would pose problems, but there are other compelling alternatives.

Maybe he was trying to play it safe. That was what it looked as if Amy Marie Briones, as Myrtha, Queen of the Wilis, was trying to do when Act II began. But as it progressed, she unbent, risking it all with powerful stage-gobbling jetés, brave turns in arabesque, and a determined thrust of her chin.

Speaking of thrust, the Wilis of were intriguing as they charged across the stage, head and shoulders down, one elbow pointing the way. It lent them a menacing aura on top of their enigmatic quality.

High marks in Act I go to Giselle’s Friends, the six women and four men dancing to the music for what is usually the Peasant Pas de Deux. The women were perky or graceful as called for, projecting a generosity of spirit; the men – Walter Garcia, Alex Kramer, Ihosvany Rodriguez and Kendall Teague – leaped and flew joyously and quite thrillingly.