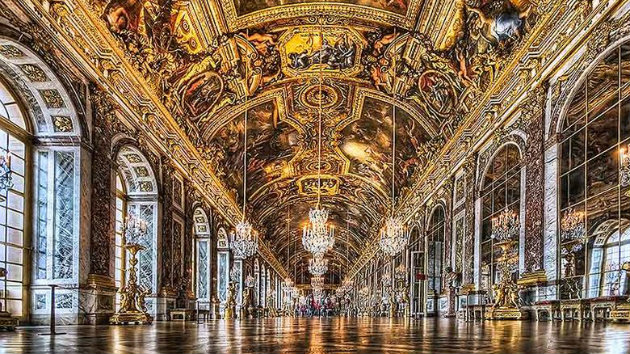 In a program swaddled by Marin Marais’ supple three-viol Suite in D Major at the outset and François Couperin’s sumptuous L’Impériale from Les Nations to close, it seems unlikely that a battle of the sexes would break out. But that’s what happened Saturday, August 8, in the second of two American Bach Soloists evenings devoted to “Versailles & The Parisian Baroque” at the San Francisco Conservatory of Music.

The standoff began with André Campra’s woman-baiting Les Femmes of 1708, a solo cantata for a baritone who catalogues a series of complaints about the Coquette, the Prude, the Beauty, and other female types before vowing to forswear love and confine his “reveries to the luster of our meadows.” After intermission, the Dutch composer Quirinus van Blankenburg answered back directly with L’Apologie des femmes, in which he set out to correct the errors of Campra’s ways. “The Coquette loves to submit,” his baritone speaker argues. “The Prude acts out of necessity.  The Jealous One has a tender heart.”

As ironic and light-fingered as Les Femmes was for much of the way, Sharp and an ensemble of four (flute, violin, viola de gamba, and harpsichord) found some richly shadowed terrain along the way. An ode to sleep (“Son of the night and of silence/Father of the sweetest peace”) took on a meditative cast. Sharp’s jaunty phrasing in a final recitative brought out the bright affirming rhymes of Pierre-Charles Roy’s French text.

Bass baritone Max van Egmond took over in van Blankenburg’s attempt at a counterpunch. He delivered, at best, a glancing blow in this thin and largely tepid L’Apologie. The singer won a few laughs for his exaggerated defense of the many female variants – far more than Campra and Roy spelled out in the original. But his performance was largely mechanical and perfunctory, in a one-joke musical pony that never got far out of the gate.

Like this direct face-off, the evening as a whole had its decided winners and also-rans.

The opening Prélude of the Marais Suite, a Baroque marvel of elegant long lines and elastic dotted rhythms, showcased the gorgeous collusion of viola de gamba players Steven Lehning, William Skeen, and Kenneth Slowik, with the expert and hard-working Corey Jamason on harpsichord. As the piece unfurled, a soft and pliant Sarabande was especially lovely, with a pert Gavotte to finish off the piece.

The diaphanous textures of the Marais made for a good and instructive start, despite a few intonation problems. It put the audience on notice that careful listening would be rewarded in a large space that isn’t ideal for the intimacies of period-instrument Baroque chamber music.

In the only selections for female vocalist, alto Judith Malafronte made a faint impression in three songs by Sébastien le Camus. She reserved her best for last, a flowing patter song by Nicolas de la Grotte enlivened by the singer’s amusing, nasal tone.

A Sinfonia by François-André Danican Philidor came off as spry and mischievous table-setter for Campra’s Les Femmes. Violinists Elizabeth Blumenstock and Robert Mealy, oboist Debra Nagy, and bassoonist Dominic Teresi looked and sounded alert to every nuance, leaning in and back as they performed on their feet. Blumenstock and flutist Sandra Miller were similarly attuned in a thin but sunny duo sonata in A Major by Joseph Bodin de Boismortier.

If any women had been offended by all the lines about them flung back and forth earlier on, surely all was forgiven when all eight instrumentalists joined forces in the Couperin. Structured like the other sections of the ravishing Les Nations, L’Impériale opens with a dramatically elegant sonata, followed by a suite of dances. It all unfolded like a series of tapestries, one glowingly woven panel after another.  While the whole might have lacked a certain measure of high-contrast drama, the blending of choice instrumental colors and the seamless coordination made for a gratifying close to this two-night stand of the French Baroque.