Seeing and hearing is believing, though evidence from these senses is sometimes hard to balance against a third kind of sense: the common kind. A pertinent example of this occurred Sunday afternoon in Davies Symphony Hall, when the San Francisco Symphony Youth Orchestra mounted the stage to perform two major repertory pieces, against considerable odds. Its 25th anniversary program offered performances of music that many professional orchestras might well fear to tread, yet the instrumentalists pulled it off with real class. 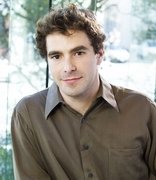 Conductor Benjamin Shwartz had programmed a brace of important works: Colin McPhee's Tabuh-Tabuhan (1936) for expanded orchestra, and following intermission, Beethoven's Symphony No. 9 in D Minor (Op. 125). For the choral finale of the Beethoven, the orchestra was joined by soprano Elza van den Heever, mezzo-soprano Kendall Gladen, tenor Sean Panikkar, and bass-baritone Jeremy Galyon, plus the full S.F. Symphony Chorus. By concert's end, I suspect that most of us in attendance would have liked all the amassed forces to reprise the entire program, as an encore.

Born in Quebec, McPhee (1900-1964) became intrigued by Balinese gamelan music by means of recordings, and in 1931 he moved to Bali. His work there resulted in his book, Music of Bali, which has remained the major academic study of the subject to this day. He would eventually end up teaching composition and ethnomusicology at UCLA, composing relatively little. While I have never heard a poor, let alone "bad," piece by McPhee, his three-movement Tabuh-Tabuhan: Toccata for Orchestra and Two Pianos remains his finest and most-famed work. (Curiously, no part of the program lists the names of the two terrific young pianists.)

Although McPhee used the term toccata in his title, what he created is really a form of sinfonia concertante for large orchestra, with two harps and the two pianos, plus an expanded percussion section set against a large, triple-wind modern orchestra. Despite its numbers, the work is predominantly quiet and delicate, a thing of glittering sounds and reserve energy. How it has remained so neglected over the years is mystifying, for Tabuh-Tabuhan strikes me as a landmark of 20th-century music. It is utterly original and sounds much like a finger pointed in the direction of future minimalism.
Astonishing Artistry of Young Players
The sheer artistry with which the teen instrumentalists played so exotic a work was amazing. All the technical matter fell into place, as one might expect for an internationally heralded ensemble. But beyond the basics, such as intonation, balances, flawless ensemble, and the like, their beauty of timbre during all that soft, fast music was magical.

Beethoven's Ninth presents another kind of thorny problem. It brims with booby traps set for the unwary, but Shwartz had his musicians on high alert, absolutely right on the money both for the aesthetics and for the technical mastery of the score. The fierceness of the first movement, the sheer bravado of the scherzo, and the implication of religious fervor were exceptional in all respects. The strings covered themself with warmth in their slow movement, and I noted some outstanding playing from the orchestra's principal bassoonist. But then, all the winds played as if possessed.

The four vocal soloists were drawn from the San Francisco Opera's Merola Program, all of them having been Adler Fellows. They're cream of the crop and were heard recently in solo performances in the Bay Area. (Soprano van den Heever virtually knocked my socks off recently at Old First Church during her stirring performance of Ravel's Shéhérazade.)

Funny, but I'd never noticed much of anything of importance in the symphony's mezzo role until Gladen took hold of it. (The legendary conductor Wilhelm Furtwängler once quipped that for the Ninth you need a top-class baritone, an excellent tenor, and a soprano with strong top notes, adding, "The alto has only to stand there and look pretty." Obviously, he never had a Gladen available to him.)

But it's the two male vocalists who confront the lion's share of problems in the finale. That notorious opening recitative for baritone is, frankly, unreasonable. Its range is too extreme, and a majority of the time either the very high or very low notes will suffer. I've sat through performances in which both extremes missed the mark.
Superb Baritone and Tenor, Take-Charge Chorus
To my delight, Galyon nailed it. His was one of the most impressive accounts I've encountered, whether live or on recordings. So was tenor Panikkar's performance during the little martial section. He flowed through it with just the right hint of swagger, showing neither strain nor effort as he maintained his crystal tones, and at full volume. Of course, the Ninth is like mother's milk to the S.F. Symphony's decorated chorus. Give the downbeat, and then get out of they way; they'll do it proud, almost on their own.

On Sunday I lucked out, having been given seats in the loge. That added an air of surprise to the concert, for I was able to gaze down on the full ensemble and observe the miraculous bowing of the string section. Not only were the players together in terms of upstrokes and downstrokes, but they also maintained the same positions of their bow tips over the strings.

To maintain such uniformity of purpose is not ordinarily anticipated from players under the age of 20 — the Youth Orchestra's cutoff age. After all, these are largely high school students, or at least I think they are. (I admit to being a terrible judge of ages, and goofed when recently reviewing S.F. Symphony's other youth organization, the Academy; I thought it was made up of schoolkids, though in fact they were advanced students. Apologies!)

In a terse speech, S.F. Symphony President John D. Goodman beckoned for a considerable number of Youth Orchestra alumni in the audience to take a bow, together with several of their past conductors. In honor of the occasion, a proclamation from San Francisco Mayor Gavin Newsom was read, declaring May 20 Youth Symphony Day. I hope it's permanent.