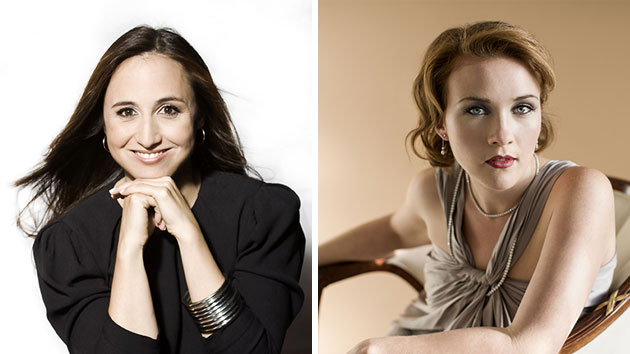 “The little ones can bring the biggest effect.” Such is the moral of Charles Perrault’s telling of the Tom Thumb tale, and the result of the Berkeley Symphony’s Thursday concert.

At 5’ 3”, Maurice Ravel no doubt identified with Perrault’s protagonist, whose short story comprises the second and my favorite number of the composer’s Mother Goose Suite, which opened the program. An inspired choice: Music Director Joana Carneiro and her charges conquered the sound-swallowing ogre of UC Berkeley’s Zellerbach Auditorium with French delicacies that somehow sneaked under the rafters’ radar and emerged resplendent. All five movements displayed the orchestra in fine technical form, and gave Carneiro a chance to impress patrons with flexibility, sweep, and yet control of gesture.

Next came a premiere cast in Ravelian mode, Jake Heggie’s orchestral song cycle Camille Claudel: Into the Fire. This was a newly commissioned orchestration of a version premiered three years earlier at SF Performances with the Alexander String Quartet. I felt the work was a masterpiece then, but the orchestral version makes it pure gold. Many thanks are due Linda and Stuart Nelson, whose lead sponsorship made the commission possible. 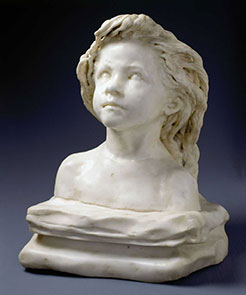 Claudel (1864-1943) was a French sculptor. a student of Rodin who became his mistress and was later rejected in favor of another. Five poems by collaborator Gene Scheer take place in 1913, when Claudel is about to be committed to an asylum by her brother. In reviewing sculptures, one per poem, she reflects on her 10-year affair with Rodin that ended 19 years earlier and the trauma of the separation. (Claudel had wanted to send all her works “into the fire” but was prevented from fulfilling the task.) The final two movements are an instrumental depiction of the sculpture L’Age Mûr (The Time of Maturity—Middle Age), and a final text imagining Claudel’s side of a conversation with a friend who took the last known photo of Claudel during a 1929 visit to the asylum.

In terms of sheer beauty and understatement, Into the Fire has a Fauré-like quality transformed by Heggie’s unique Americanism. Heggie himself declares Debussy’s G Minor string quartet was the underlying inspiration.  In one movement, “The Gossips,” the orchestration recalls the minimalist tropes of Philip Glass and the John Adams of  <em>Nixon in China</em>. The structure is extremely satisfying, with reoccurring motives and memorable melodic phrasing.

In terms of sheer beauty and understatement, Into the Fire has a Fauré-like quality transformed by Heggie’s unique Americanism.The heartbreaking highlight of Heggie’s cycle is the “little one” of the fourth poem, “La Petite Châtelaine,” in which Claudel addresses her sculpture of the granddaughter of the owner of a castle. Claudel recuperated there after aborting Rodin’s child. The movement is delicate and diminutive, appropriate of childhood, but infused with melismas of suppressed agony to words such as “I did as he said and returned you to clay / Oh, how could I bleed such a blessing away?” Such sentiment may be too strong for some, but Heggie’s restraint allows the tragedy to bypass the cynical barriers of modern sensibilities.

Mezzo-soprano Sasha Cooke brought forth her clear, sensitive, and powerful instrument marvelously to the music, generating in large part the enthusiastic audience reception that led to extended curtain calls, and the spectacle of Heggie bowing on his knees to her on stage. The emotive power of the story and the success of Heggie’s musical reimagining of it, unfortunately, made the omission of any photograph of Claudel or her magnificent scuptures in the program notes all the more shameful.

After intermission, Carneiro and her orchestra returned with a “big one,” Brahms’ Symphony No. 4. Few of the Tom Thumb qualities that made for success in the first half of the evening are present in this staple of the repertoire, and on Thursday Carneiro’s thumb, while competent, was not green enough to bring much life to the Garden of Brahms, other than to overly step up the tempo of the Allegro giocoso. Some wrong notes in three of the four movements didn’t help. They stuck out like a different kind of thumb altogether.