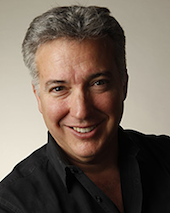 The stars were aligned in Piedmont on Sunday at the charmed recital hour of 5 p.m. So were the three charmed recitalists. This was the fifth and concluding program of the Berkeley Symphony’s season chamber series held in Piedmont’s Center for the Arts, a little treasure, capacity of perhaps 80, a delightful venue.

Its intimacy probably enhanced the affect of the music but primarily that was attributable to the quality of the performance. It approached a special standard, that of generating itself in the listener. The Bach, the Beethoven, and the Mendelssohn gave this listener at least, the impression of living or producing it, phrase by phrase, along with the musicians.

Those estimables were René Mandel, violin; Peter Wyrick, cello; and Markus Pawlik, piano. Mandel who has had a distinguished career playing in major organizations is now the Berkeley Symphony’s executive director. Wyrick is the associate principal cellist with the San Francisco Symphony. Pawlik, winner of top prizes in Europe where he sustains an important career, is now a Bay Area resident. 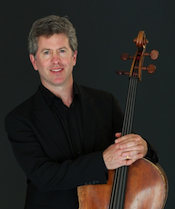 Wyrick and Pawlik opened with Bach’s Viola da Gamba and Harpsichord Sonata in G, BWV 1027, composed when Bach was in his early 20s. Masterful as if from his maturity, it’s remarkable for the lucidity of the tracery of counterpoint, the lines that chased or courted each other exquisitely.

The modern cello, of course, has a thrust and volume of tone that gives it a wider expressive range than that possible on the gamba and Wyrick played it finely. Pawlik partnered with him beautifully with a deft touch and little if any pedal so that the crispness and particularity of the harpsichord, while not imitated, was respected.

There’s nothing lightweight or immature about Beethoven’s first Violin and Piano Sonata, in D, Op. 12, No. 1. While energized intensity and surprises are not yet there, establish it as a fine work with distinctive melodies. Even this early, Beethoven veils the harmonic design of his Andante variations theme in its repetitions, bringing out the chord changes as melodic. Mandel and Pawlik captured the contrasts gracefully. They made the final Rondo light and buoyant, in the spirit of youth and Beethoven's predecessors. 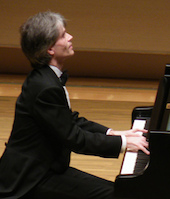 Mendelssohn’s beloved Piano Trio No. 1, D Minor, Op.49 is a jewel in the crown of chamber music repertoire and these three played it for all of its extraordinary worth. Wyrick played the cello part in the melodic lead in the first movement with deep Romantic spirit, with Pawlik and Mandel matching the intensity. The violin-cello match, the dueting in the sublime Andante was refined, realizing the songful lines elegantly.

In the succeeding movements, Pawlik turned on a fluid virtuosity producing a dazzling torrent of runs that form the rhythmical undercurrent,  while never losing the warm clarity of tone. He is an artist of stature.

On that exciting millrace, Mandel and Wyrick passed their phrases back and forth, cleanly, tightly, and musically. I’ve heard the Mendelssohn D Minor Trio I don’t know how many times, but never better.