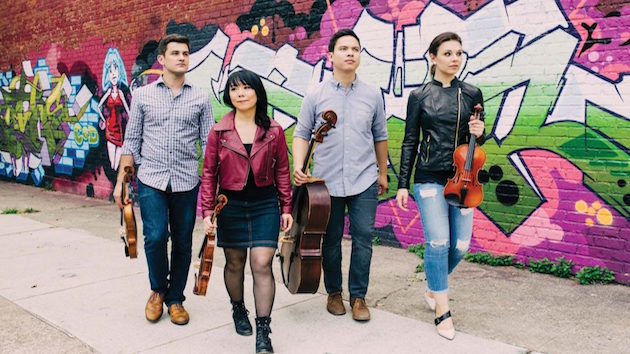 Conductor Marin Alsop’s 25-year tenure as music director of the Cabrillo Festival of Contemporary Music draws to a close this year. The second concert of the festival, called “Inspiration & Impact,” performed on Saturday, August 6, opened with a short film in which musicians from the Cabrillo Festival Orchestra praised the conductor and offered examples of the ways she has inspired them. One musician mentioned that she could always tell an Alsop recording when she heard one, because of the drive and energy of the conducting. 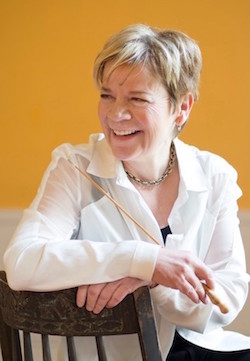 The concert that followed was very much in the Alsop mode: four upbeat, extroverted, and largely positive works by three American composers, delivered energetically by conductor, orchestra, and soloists, received with enthusiasm by the audience, in the laid-back and slightly funky atmosphere of the Santa Cruz Civic Auditorium.

But the first work up, a world premiere by John Adams, was anything but typical. For one thing, the musicians of the orchestra commissioned Lola Montez Does the Spider Dance from Adams in honor of Alsop. For another, as Alsop said, for the very first time, they performed the work twice. And third, Lola Montez gives us a tiny glimpse of Adams’s Girls of the Golden West, commissioned by San Francisco Opera for performance in the fall of 2017, because it’s based on a theme from that opera.

Lola Montez is typical Adams, though. Short, fiercely driven, and yet puckishly wry, it features marvelously jazzy trombone and clarinet solos. The work virtually teases the audience with its racy acceleration and deceleration. 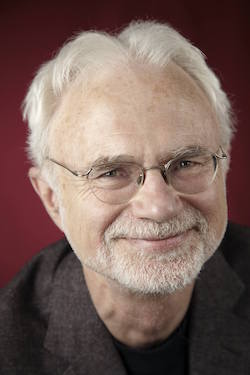 Adams’s fantasia for string quartet and orchestra on themes from late Beethoven, filled out the first half of the program. Adams composed Absolute Jest for the San Francisco Symphony’s centenary season, then radically revised it after its premiere because he was dissatisfied with the musical material of the first third of the work and with the quartet-orchestra balance.

I heard the original version with the San Francisco Symphony and the St. Lawrence String Quartet, and found the piece confusing and unpersuasive. The revised version, which received its first Cabrillo performance on Saturday, undoubtedly solves the structural problems, as the musical logic is much more clear. The orchestra-quartet balance is also greatly improved, but the orchestral sound was sometimes scrawny, leaving me wondering whether the orchestra was simply smaller than that of the premiere.

In any event, Absolute Jest is Adams’s affectionate homage to Beethoven, mashing up the scherzos from the old master’s Opus 131 and 135 string quartets with odd ends from the composer’s Grosse Fuge, Ninth Symphony, and other works. It’s a wild, unpredictable, and fun piece. No doubt a close analysis would teach the analyst a good deal about late Beethoven as well as about Adams.

At Cabrillo, we heard the superb, young Attacca Quartet, and one could certainly not ask for more than they gave. Playing with wit, enormous energy, and pinpoint precision, the Attacca easily entered into the Beethoven/Adams idiom. 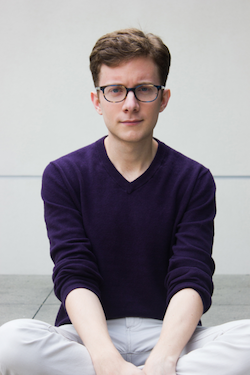 Next on the program was Spinning Music, by 25-year-old Michael Kropf, the sixth young composer to receive a commission for Cabrillo performance from John Adams and photographer Deborah O’Grady’s Pacific Harmony Foundation. Spinning Music falls firmly in a long classical tradition of arpeggio-based works such as Schubert’s Gretchen am Spinnrade and Smetana’s The Moldau. Short, vigorous, and colorfully orchestrated, Spinning Music’s only possible flaw is its surprisingly abrupt close, at a point when it sounds as if it has another minute or so to spin.

Closing out the evening was The City, a music-and-film combo by composer Kevin Puts and filmmaker James Bartolomeo. A Cabrillo cocommission with the Baltimore Symphony Orchestra, in honor of Marin Alsop, The City, first performed earlier this year for the orchestra’s 100th anniversary, provides a punchy, rapid-fire look at Baltimore itself and at the recent transformations and conditions of American cities in general.

The film doesn’t appear to contain any original footage, instead consisting of evocative historical photographs and snippets of home movies and TV news. Unlike a film score, where the movie comes before the music, Puts wrote the music, then Bartolomeo created the film, which is tightly connected to The City’s musical structure. 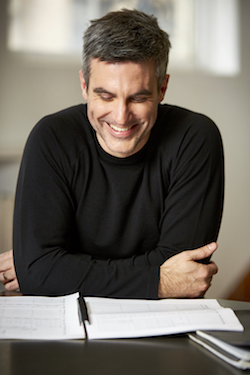 It’s a most attractive score, propelled by several percussion batteries scattered around the orchestra. The City opens with a tattoo of brass and percussion, during which the film displays photos carefully synchronized with Puts’s musical gestures. Loosely speaking, the score alternates lively, driven sections with music of Elgarian richness, nostalgia, and grandeur.

In his remarks immediately before the performance, the composer took note of the recent wave of racially charged conflicts in American cities, and the film includes footage of the riots in Baltimore following the death of Freddie Gray. Puts’s program notes for The City call on us to “have the resolve, the compassion and the foresight to force our own evolution to a place of reason and harmony.”

These are admirable sentiments, but the sole false note in The City is that the film closes with footage of Alsop and the Baltimore Symphony playing for and working with children in schools and around Baltimore. I read this as implying that the orchestra and classical music can contribute to racial healing in our cities.

As much as I support music in the schools and in the larger culture, as much as I believe in the life-enriching force of musical practice and performance, this strikes me as both naive and self-serving. We simply can’t expect classical music and its institutions to solve social problems in any direct way, though they can enhance a sense of community and purpose. The City would be a stronger work were these last minutes of film to be replaced.