It was that familiar feeling — the warm, almost small-town atmosphere in the Santa Cruz Civic Auditorium, the jokey introductions, the openness of the audience to the new sounds on hand. This could only be the Cabrillo Festival, where Music Director Marin Alsop once again led her players through unfamiliar and often exciting music during the festival’s opening weekend. 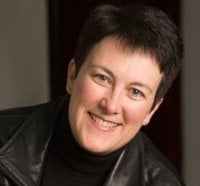 In the course of Saturday night’s program, the festival orchestra delivered tight, high-energy performances throughout. Alsop was in excellent form, and in addition to her ability to expertly perform so many new works, she again shone as a gifted communicator. Her familiar preperformance chats with each composer, though often played for laughs, also had the subtle effect of inviting the audience more deeply into each work, getting the music’s communicative process under way in advance.

A couple of familiar Cabrillo faces, composer Jennifer Higdon and percussion soloist Colin Currie, were on hand for Higdon’s Percussion Concerto. Written for Currie, this is, as expected, a showcase for his virtuosity, yet the work’s gentlest passages were its most striking. In particular, Higdon created some exquisite moments of call and response, across opposite ends of the stage, between Currie and the 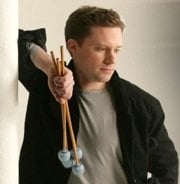 orchestra’s excellent percussion section. The Concerto opens with soft tremolos on the marimba, answered by the percussion section doing the same, providing a transporting opening to the work. Later, Currie’s work on the vibraphone was answered by the section’s bowed cymbals and crotales, a gorgeous, shimmering sound that laid the groundwork for a striking string entrance. Currie’s performance, ranging from nuanced to aggressive (and roaming all over the stage), was terrific, and there was some pleasing orchestral writing here, as well. But Higdon’s quieter moments were so striking that I was left ready to hear a work for percussion alone, handled with the sensitivity and invention that were the work’s highlights.

The entire second half of the program was given over to two large-scale works by British composer Mark-Anthony Turnage, both heard in their West Coast premieres. This was a treat not only because of the music’s high quality and the composer’s distinctive voice, but also because Turnage, though a major figure in contemporary music, is so rarely heard in the Bay Area. 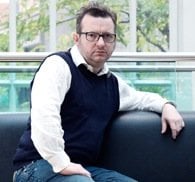 Both the recent Chicago Remains and Drowned Out, from the early 1990s, display many of the same strong traits. Turnage works with an invitingly dark harmonic palette, and knows how to use the orchestra’s colors to develop the music. He’s capable of unfolding a work slowly yet finding just the right point, in a long dramatic arc, to insert an idea, start a transition, or make a surprising move. Turnage is at once very broad and very precise in his conception — a real symphonist — and the two works heard Saturday mark him as an important orchestral creator.

Chicago Remains, written toward the end of Turnage’s recent stretch as the Chicago Symphony’s co-composer in residence, is a work inspired by the city’s multilayered character, as well as by Carl Sandburg’s poem “Chicago.” Beginning with dry, metallic textures, the work unfolds with a gradual awakening of the full orchestra, then the growth of pulsing lines, a later set of jazz-inflected figures, and finally an elegiac ending with a brief, unexpected return of the opening percussiveness — a deft move that leaves the listener with both a sense of completion and a surprise.

Drowned Out is a somewhat different affair, though it shares the more recent piece’s architectural exactitude, with a lengthy development and intense buildup. This work starts rather slowly, with growling brass giving way to a somber, mysterious air, and then a beautifully written collective crescendo that grows 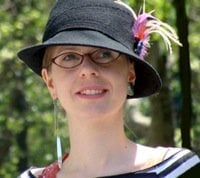 at an organic pace. The music is jolted into an urban, marching section next, before some surprisingly sweet solo clarinet lines sail over the return of the dark opening atmosphere. The piece again proved how wonderfully attuned Turnage is to the palette the orchestra offers, and Alsop and the Cabrillo musicians offered a deeply committed performance.

The program opened with a composer we’ll be hearing more of, British-born New Yorker Anna Clyne, who at the age of 30 will be taking over Turnage’s former Chicago Symphony post this fall. Alsop introduced her to the Cabrillo audience with a work titled <<rewind<<, for orchestra and tape, a work now making the rounds of a number of major orchestras. Inspired by an image of rewinding videotape, with its attendant skips and flaws, this is an inventive piece that shows an already impressive technique, a sense of orchestral color that is integrated with the work’s development, and a solid feel for pacing.

Clyne skillfully manages the work’s gradual rise in harmonic tension, and provided a striking moment where she inserted the recorded sounds of rewinding tape, almost overwhelming the orchestra, to end the piece. The work also contains some moments where it falls flat, especially when stretches of marimba and string tremolos, set up to push the music along at a forceful pace, end up sounding more like a movie chase scene than anything else. Still, this marks her as someone worth watching, and we have Alsop to thank for introducing to the West Coast what is, thus far, this composer’s signature work.