Garrick Ohlsson’s credentials as an interpreter of Frédéric Chopin — he has recorded the complete works, twice — place him in the top echelon of modern pianists. Many performers possess the technical prowess and power to treat the piano as a slave and to do pretty much as they please to the music. Ohlsson’s all-Chopin recital Sunday afternoon, sponsored by Cal Performances and celebrating the 200th anniversary of the composer’s birth, went beyond virtuosity and paid the deepest respect to our greatest “poet of the piano.” Further, it demonstrated a sense of oneness between performer and instrument that is rare in any era. 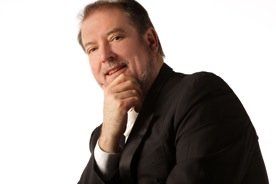 Having at your fingertips the entire Chopin repertoire, music whose quality and craftsmanship are consistently on the highest level, is a challenge in itself. Ohlsson chose to play several large-scale works in the first half, beginning with two genial and optimistic pieces: the F-sharp Impromptu and the Ballade No. 3 in A-flat. Both pieces were characterized by long-lined phrasing that sounded improvised and perfectly shaped at the same time. The sweeping filagree passages at the close of the Impromptu were breathtaking in their freedom and effortless brilliance, without disturbing its sense of magisterial calm.

Despite the passing clouds of F minor that darken the sky of the A-flat Ballade, it eventually emerges triumphant as the only one of the four tales told in that form that doesn’t end in disaster. Here, Ohlsson reveled in the many sounds at his command, from the gentlest whisper to a grandiose fortissimo. At every expressive level, his sound projected both a clear melodic outline and the wealth of subsidiary voices that make this music so compelling on repeated hearings.

The next two selections were the Nocturnes Op. 27. Played together, as Chopin intended, they depict darkness and light as two aspects of the same reality. The first, in C-sharp minor, provided a welcome contrast to the works that preceded it, where its gloomy triplet arpeggios (shades of the Beethoven “Moonlight” sonata that bears the same opus number?) caused the audience to sigh audibly. One detail I particularly admired was the way in which Ohlsson ended the piece, taking the music from darkness into the “light.” He pedaled in such a way that only the upper partials (a sound’s frequency continuation) of the final C-sharp-major triad were heard. When the first bass note of the second nocturne, in D-flat, sounded beneath the emerging major tonality, the halo of sound was like moonlight shining from behind the clouds. The inner voices that Ohlsson highlighted at the end of this exquisite work were an added revelation: Chopin at his best.

Irrepressible Exhilaration The Fantasy in F Minor begins with a 4/4-time dotted rhythm that seems descended from the famous “funeral march” of the Second Sonata. When the music miraculously returns to life, gradually recovering its full vitality, there comes a sense of exhilaration irresistible to a pianist of Ohlsson’s range and temperament. Twice the music reaches what seems the limits of human endurance, each time falling into a kind of void. A harmonized chorale offers religious consolation. Ohlsson made this sound as if it came from one of the Bach “Passions,” and our very souls seemed to pass into another dimension. A rude awakening occurs and the drama begins again, leading to an even more devastating catastrophe. Finally, a single voice survives and reaches upward. In this simple passage, playable by a beginner, composer and pianist are one ... and Chopin, invisible, but audible, seemed to smile.

Still to come was the Scherzo in C-sharp Minor. Again, a chorale theme is pitted against a hail of octave passages that test its faith mercilessly. Once more, Ohlsson’s tonal resources carried the day, and despite the dry acoustics of Berkeley’s Zellerbach Hall we heard the choir reverberating through a great cathedral (think: St. John the Divine in New York City).

The concert could have ended there and I would have counted it among my greatest experiences. Yet more riches were to follow. The 24 Preludes, which concluded the program, swept the audience along with the alternation of contrasts that these brief pieces uniquely provide. In the space of a few bars, the vast range of emotions in Chopin’s world is laid out, from the darkest night to the brightest sunshine. As the composer wrote to a close friend while he was on holiday on Majorca, planning the Preludes, “I want to contrast the blue sky of your soul with the blackness of my heart.” I would single out two of the most terrifyingly beautiful: the second, in A minor, in which the left and right hands attempt to speak across a frozen, barren abyss; and the final one, in D minor. Ohlsson played the deep bass notes as three dramatic coups de grâce — like an execution. It was visually dramatic, sonically devastating.