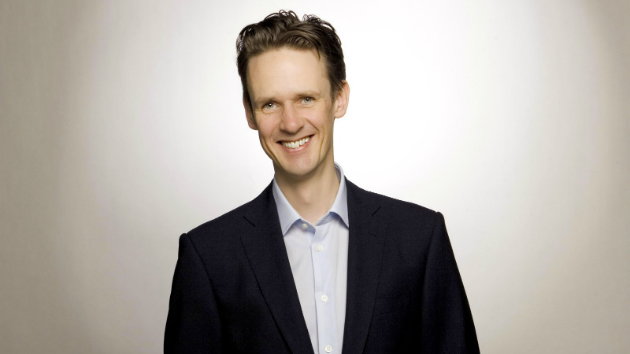 “The Music and Poetry of the Great War” is an extreme, borderline impossible billing for a song recital.  The English tenor Ian Bostridge conceded as much Sunday, in his pre-performance remarks at UC Berkeley’s Hertz Hall.  There actually aren’t many compositions specifically tied to the horrific First World War, he said. “The musicians wanted to leave it behind.”

But Bostridge, a fearless artist who played the Madwoman in Cal Performances’ multimedia presentation of Benjamin Britten’s Curlew River last fall, leapt into his “Great War” project and held nothing back. From the first measures of three songs from Mahler’s Des Knaben Wunderhorn that opened the program — all of them performed at the brink of curdled, nihilistic abandon — a darkly coruscating afternoon unfolded.

That’s not to say that Bostridge poured on the grief and rage. In both his choice of material and tonally varied approach, he made restraint and irony every bit as effective as his rancid snarls, hissing sibilants, and groaning laments.

Partnered by pianist Wenwen Du, an expressive force in her own right, Bostridge never settled for the prefabricated or preordained. Even when a phrasing or emphasis seemed peculiar or a gesture puzzling, he reminded the listener that war is anti-human, monstrous, paradoxical, and absurd. Nothing about it is ever settled.

The music most closely tied to World War I was the ostensibly mildest and least familiar part of the program.  The German composer Rudi Stephan, represented by six numbers from Ich will dir singen ein Hohelied (“I Will Sing You a High Song,” with texts by the pseudonymous Gerda von Robertus), was killed by a Russian sniper in what is now the Ukraine in 1915. The Englishman George Butterworth died at the Battle of the Somme the following year. Bostridge paid tribute with that composer’s settings of A.E. Housman’s A Shropshire Lad.

The Butterworth songs made a more immediate impression.  Bostridge’s lightly cavalier spin on “When I Was One-and-Twenty” carried the submerged sting of mortality. A darker shadow fell across “Think No More, Lad,” with the concussive thud the singer brought to “the feather pate of folly/Bears the falling sky.” The progression led to the lilting, irony-laced ease of “The Lads in Their Hundreds.” Even as Bostridge gave Housman’s lines about young men doomed to die in war a strophic smoothness, his hollowed eyes and telling stare drove home the point. “Is My Team Ploughing?” was like something confided directly by the dead, in chilling understatement.

Irony returned in full, overblown force after intermission, with Kurt Weill’s settings of “Four Walt Whitman Songs.” Whether it was the heavily tramping piano bass lines of “Beat! Beat! Drums!” or the swaying, jazzy syncopation of “Oh Captain! My Captain!”, these long-lined songs about the American Civil War came off as long-winded outliers in the program. Bostridge gave it his all, turning “Captain!” into a bleak ballad and grinding through “Dirge For Two Veterans” with a quietly grim sense of purpose.  But the impact was more wearying than harrowing.

Four Benjamin Britten songs, set to William Soutar poems about children in wartime, delivered the painful hammerblow to end the scheduled program. From the fevered dream of “Nightmare” to the scowls and disordered muttering of “Slaughter” to the keening line “Death came out of the sky/In the bright afternoon,” from “The Children,” Bostridge seemed possessed by the material. He held a hand to his temple, sent his phrases reeling and nearly spit out several lines in revulsion. At the end of the final song, he stared down into the open piano, as if he couldn’t bear eye contact with anyone. A sense of collective guilt and shame filled the hall like mustard gas.

There were two encores. After a jaunty and muscular account of Haydn’s “Sailor’s Song,” Bostridge invoked the uneasy calm of “Sleep” by the poet and composer Ivor Gurney, who suffered shellshock during World War I. After the ravages of those Britten selections from Who Are These Children? there would be no becalmed coda. War, in the listener’s memory, raged on.