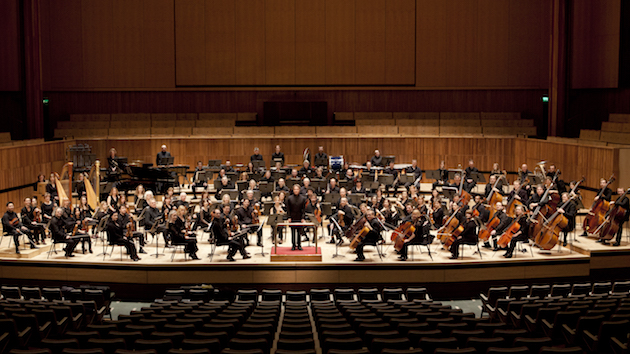 In a 2009 thought piece, L.A. Times music critic Mark Swed recalled participating as a choral member in Zellerbach Hall’s inaugural concert on May 21, 1968. Robert Craft conducted the University Symphony and various choirs in a performance of Stravinsky’s Symphony of Psalms and Oedipus Rex with the composer himself in attendance (and apparently Gregory Peck as well). While Swed remembers this as an under-rehearsed fiasco, Esa-Pekka Salonen and London’s Philharmonia Orchestra offered a more satisfactory “do-over” of this historic concert on Sunday, Oct. 10, playing the same program at the same venue as the final concert of their Cal Performances residency. 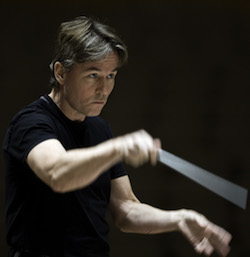 Salonen took a refreshingly Romantic approach to Symphony of Psalms. With its reduced orchestration — two pianos replace all the violins and violas — and Stravinsky’s dry, impassive style, the work can easily become a stoic, dust-covered monument of neoclassicism. Under Salonen, the opening movement imparted all the divine terror of Verdi’s Dies irae rather than the sober religiosity of a Baroque cantata. The massive combined forces of the San Francisco Conservatory of Music Chorus, the Lund Male Chorus, and the Young Women’s Chorus of San Francisco offered choral singing of sublime proportions that seemed to spill over Stravinsky’s more restrained intentions for this piece (though the female singers were slightly hesitant and hard to hear when they sang on their own).

In the third movement, Salonen again worked successfully against the grain of the score. Stravinsky himself, in his own 1963 recording of the work with the CBC Symphony Orchestra, interpreted the much-too-solemn ostinato setting of Psalm 150, “Laudaute Dominum” (praise God), as a kind of funeral dirge. In Salonen’s hands, this became dreamier and more legato, providing a nice contrast to the exhilarating little pop- and jazz-inspired instrumental interludes that punctuate the movement.

But the second movement could have benefited from some Stravinskyan classicist precision — it’s a complex double fugue with an angular theme that demands exact articulation and clarity in the individual lines. The first minute already sounded muddy, with only two oboes and two flutes playing, and things only got sloppier when the chorus and the rest of the orchestra entered.

The big choral sound Salonen established in Symphony of Psalms made its way into the turbulent plague number that opens Oedipus Rex. The all-male chorus seemed better-prepared for Stravinsky’s opera-oratorio — their diction was immaculate and they achieved an enormous range of expression, especially in the final climactic scene where Oedipus gouges out his eyes. In their lament over the disgraced king with cries of “I loved him!,” they became a kind of additional character in the drama in the spirit of the Greek Chorus they embodied. 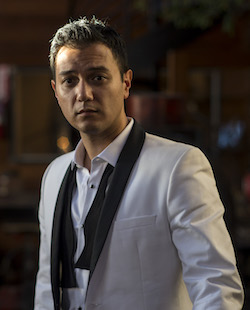 With his Italian-sounding Latin pronunciation and the bel canto coloratura Stravinsky wrote into the part, Nicholas Phan’s Oedipus called to mind the tragic heroes of Bellini and Donizetti. His powerful, piercing tenor was ideal for the prideful monarch — Phan even incorporated some genuine shouting as the paranoid Oedipus accuses Creon of plotting against him. Elsewhere, the tenor made use of his lovely, floating head-voice in order to imbue his seemingly confident character with a certain vulnerability.

Mezzo-soprano Michelle DeYoung made a strong impression as “divine Jocasta” — regal and even Hellenic in appearance, she made a grand entrance in a floor-length black shawl with a blood-red lining. While Stravinsky’s score is a kind of assemblage of operatic bric-a-brac that borders on parody, his number for Jocasta comes across more as a loving paean to the prima donna’s showstopper aria. DeYoung picked up on the rather seductive and Carmen-like strain in Stravinsky’s vocal line, portraying Jocasta as a femme fatale. In fact, with her dark, husky execution of the line “mentita sunt oracular” (oracles are liars), DeYoung seemed to subtly suggest that Jocasta is entirely aware of the incestuous nature of her relationship and is merely trying to cover it up. 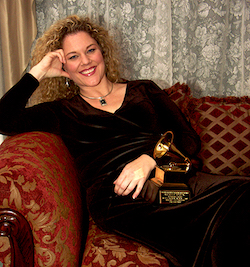 While DeYoung ramped up the theatrical in her portrayal, even providing a kind of “costume” with her striking and theme-invoking gown, some actual staging (or at least semistaging) would have been welcome. Multimedia spectacles are much too often forced upon orchestral concerts, but a few slides or video backdrops could have spiced up a performance that leaned too much toward the “oratorio” side of “opera-oratorio.” Some captions or transitional segments could have easily replaced the awkward English-language narration that introduces each number; Alias star Carl Lumbly’s readings felt superfluous in an age of supertitles.

A few bits of costuming also would have cleared up some confusing character ambiguity, as baritone Hadleigh Adams played three different parts. A simple blindfold would have done the trick, letting us know when Adams was personifying the blind prophet Tiresias as he made his second entrance in an entirely new role. But to some extent, Adams managed to convey the differing traits of his characters — his Creon, for instance, was vicious and sneering, reflected in the mocking bassoon line that sniggers throughout his aria. (Verdi’s Iago seems like it would be a perfect role for Adams).

Some attempt at staging was made by placing Adams up on the balcony for his third role as the Messenger who announces the death of Jocasta, providing an unexpected and spooky surround-sound experience. But poor Phan looked quite silly sitting motionless onstage as the chorus described Oedipus’ self-mutilation. Again, a blindfold — this time a bloodstained one — and a little blocking would have been nice touches.

Correction: Stravinsky's recording of the Symphony of Psalms was with the CBC (Canadian Broadcasting Corporation) Symphony Orchestra, not "CBS" as originally published.