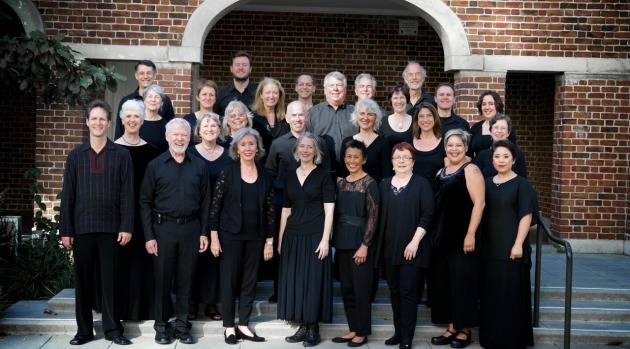 For audience members who have heard one too many, Holiday-season Messiahs, it might feel as if Handel holds a monopoly on present-day performances of oratorio. You start to wonder, didn’t anyone else, besides Bach and Handel write oratorios?

Paul Flight and the California Bach Society answered this question with a resounding “yes” in a concert of 17th-century oratorios and sacred dialogues last Saturday at Palo Alto’s All Saints’ Episcopal Church. In fact, the evening served as a kind of living history program, tracing the development of the oratorio genre in its nascent stage.

This story began with Roman composer Giacomo Carissimi, who scored the oratorio genre’s first big “hit” with Jephte. The centerpiece of the concert was a performance of Carissimi’s lesser-known oratorio, Jonas, based on the familiar Old Testament story of Jonah and the whale.

Filling the title role was the tenor Kyle Stegall, who carried not only the performance of Jonas on his shoulders, but most of the concert as well. Stegall is a remarkable young singer, with both brains and vocal brawn. He put his clear, powerful voice to good use with intelligent and well-informed interpretative decisions. 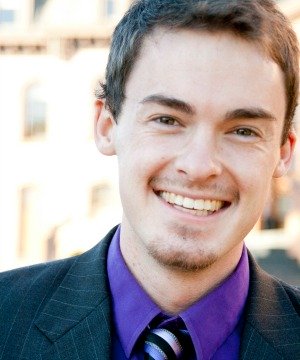 What is more, Stegall has a knack for the dramatic, which brought Jonas to life as a quasi-theatrical event, transcending the garden-variety “stand-up, sit-down” oratorio format we are used to seeing. One moment in particular stood out: As Jonah sails from Ninevah to Jaffa in an unsuccessful attempt to escape God’s command (announced, with booming authority, by baritone Sepp Hammer), a violent storm breaks out, with winds and waves depicted stereophonically in the split choir. The sailors cast lots to select a sacrifice, which would quell the tempest, and Jonah is chosen as their victim.

At the passage where Jonah humbly accepts the mariner’s sentence and entreats them to cast him into the sea, Stegall looked up from his score to address the chorus but also the audience directly. In the octagonal concrete sanctuary of the church, choir and spectators formed a perfect ring with Stegall in the center — a striking (though likely unintentional) mise-en-scène depicting the helplessness of the individual against the collective. By making eye contact with audience members, Stegall was able to absorb viewers into the action so that they became characters in the drama themselves, something which is rarely achieved in opera, let alone oratorio.

Stegall also shone in an extensive solo number, in which Jonah pleads for deliverance from the giant animal’s belly. Carissimi fashioned a tripartite aria reminiscent of laments by Monteverdi; each of the three sections of the piece ended with a refrain in which Jonas begs for mercy, followed by a haunting violin motive played by Rachel Hurwitz and Anna Washburn. Stegall employed an impressive range of vocal techniques in order to convey Jonah’s emotional trajectory from fear to abandon to penitence. His ability to create the illusion of crying out while maintaining a beautiful tone quality was especially moving.

The second big number on the program was the Latin oratorio Le Reniement de Saint Pierre (The denial of St. Peter) by Carissimi’s French-born student Marc-Antoine Charpentier. Charpentier’s work, a depiction of the apostle Peter’s thrice denial of Christ, moves away from the recitative-laden style of Carissimi’s oratorio toward a more regular alternation between recitative and aria, which we associate with later 18th-century opera and oratorio.

In fact, Le Reniement offered even greater potential for quasi-operatic interpretations than Jonas. Unfortunately, the kind of theatrical touches Stegall added to the former work were missing from the latter. It would have been nice to see the soloists ditch the sheet music and interact with one other in a semi-staged manner. What is more, the singers could have engaged in some more dramatic singing — Stegall as Christ didn’t rebuke Peter forcefully enough and countertenor Dan Cromeenes as Peter wasn’t emphatic enough in his three denials. However, Cromeenes redeemed himself in a beautifully performed, multi-texted quartet for Peter and his three interrogators.

While director Flight had handled the chorus with aplomb for most of the evening, there were some slip-ups in the Charpentier. Many entrances were weak, and ornaments were sloppy. In a performance of Charpentier’s Salve Regina, which preceded Le Reinement, the choir’s polyphonic singing sounded quite muddy. But for the most part, the ensemble approached the repertoire with sensitivity, accentuating painfully lovely dissonances and skillfully executing the kinds of antiphonal, back-and-forth singing that appeared in both Carissimi and Charpentier’s works.

Two works by German composer Heinrich Schütz that ended the program showed the chorus at its best. In the choral dialogue “Weib, was weinest du?” (Woman, why do you weep?), the women of the choir took on the role of Mary Magdalene mourning outside Christ’s empty tomb, while the men portrayed Jesus. At the moment when Christ reveals himself to Mary, the text is reduced to a simple alteration of “Mary!” and “Master!” with shifting chromatic harmonies that convey the shock of the encounter. Flight made good use of pregnant pauses between each statement, which made the exchange seem more like an operatic dialogue between individuals than male and female halves of a choir.