In one of Leonard Bernstein’s phenomenal Harvard lectures he discusses the belated appreciation for the music of Gustav Mahler. He speaks so nostalgically and deadly seriously about the renaissance of the “last 19th-century composer[’s]” music (“it wasn’t too long, or too extreme, but simply too true”) that he almost comes off as an aged classicist who could be expected to dismiss the radical experiments of contemporary music. In truth, in a later lecture he asked how anyone could really love Schoenberg’s music and he programmed unforgivably little contemporary work while at the helm of the New York Philharmonic.

But Bernstein was not an Ivory Tower type traditionalist. In fact it was precisely the stuffiness of a Milton Babbitt that he couldn’t stand. Bernstein always sought to give the concert hall the “fresh gust of wind” that Bela Bartok had said it needed more than anything. “Fresh gust of wind” would have been an apt program title for the California Symphony’s opener, which kicked off their season Sunday by honoring the 100th anniversary of Bernstein’s birth with a crowd-pleasing, fireworks-filled, and undeniably fun embrace of his vision.

ven through the most delicate and pathetique moments of Beethoven’s Piano Concerto No. 3, which anchored the Bernstein set, the afternoon felt like an extended and relatable smile of confidence. The celebrations seemed to come one after another: Executive Director Aubrey Bergauer announced that attendance had doubled in just a few years, Jill Winspear of the Diablo Regional Arts Association announced a $40,000 gift to the symphony, and then the orchestra brought the audience to its feet for a robust, sing-along of the “Star Spangled Banner.” Finally the main set kicked off with an excellent, spirited take of Bernstein’s Candide overture, which Maestro Donato Cabrera correctly describes as like “a champagne bottle being uncorked”.

Wait: I’m having a bit of deja vu. Didn’t I review another concert with an optimistic, celebratory atmosphere, confidence and joy from the musicians, and immediateness in the performance? Oh right, it was the last time I saw the California Symphony. It couldn’t be clearer that since Cabrera and Bergauer were brought on a few years ago, this orchestra has exploded in terms of enthusiasm, audience engagement, and ambition. A Bernstein opener suited them perfectly.

Contemporary American composer Gabriela Lena Frank’s Three Latin-American Dances for Orchestra drew from Bernstein quite a lot at points and mostly succeeded. The final movement (“The Mestizo Waltz”), especially, cascaded and crashed and disappeared to great delight. At times the gestures grew a bit token and sound-effect like, and the music could be pretty diffuse, but it ended with a bang that tended to make you forget this. 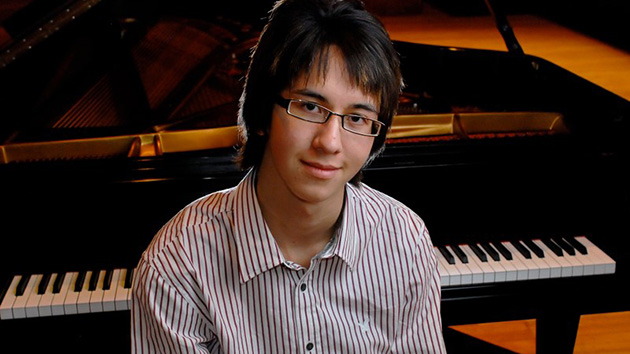 Cabrera made the cacophonous, polyrhythmic climaxes in the Symphonic Dances from West Side Story almost deafening and every time the orchestra snapped their fingers or shouted in a call and response with the orchestra, the festivities grew that much looser and more enjoyable. But don’t let “loose” fool you into thinking there wasn’t serious technical heft here too: the piano soloist for the Beethoven concerto, clear fan favorite Charlie Albright, performed the work, especially the finale, with a precision that any performer would envy.

He also provided the two most astonishing fireworks in an evening of them: his jaw-droppingly virtuosic and complicated cadenza during the concerto followed by his almost equally impressive encore, which took the form of an on-the-spot, prelude length improvisation on four random notes elicted from audience suggestion (the lack of giggles when someone suggested “g minor” as a note punctuated the welcoming environment that much more). The match with Bernstein was perfect: educational, interactive warmness and lightheartedness amid daunting levels of skill.