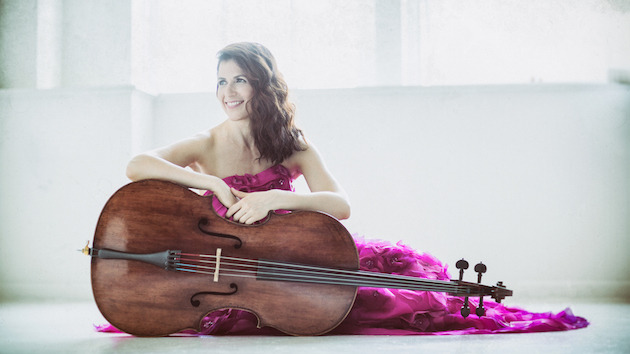 Dan Visconti, finishing up his three-year term as Young American Composer-in-Residence with the California Symphony, has offered a departing present in the form of a cello concerto. The Symphony, under Music Director Donato Cabrera, played this work, concluding its 30th anniversary season, at the Lesher Center for the Arts in Walnut Creek on Sunday, May 7. 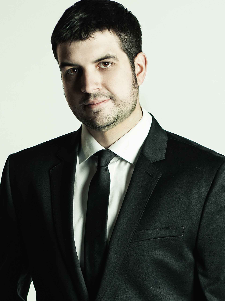 Consolidating what he’s learned over three years of workshopping his music here, Visconti looked to classical models and to a simple, lyrical inspiration: a variety of American folksongs from the Alan Lomax collection at the Smithsonian. The concerto takes its title, Tangle Eye, from one of these, a prisoner’s blues song. Visconti also looked to the spiritual hymn “Shenandoah” and the Appalachian love song “Black Is the Color of My True Love’s Hair” for different movements.

Impressed by soloist Inbal Segev’s ability to, as Visconti puts it, find nuance in simplicity, he wrote for her a nearly ceaseless flow of through-composed melody, which she played with complete dedication and high intelligence. Regardless of where it was going, the journey was continually interesting.

The concerto has few quotations from actual folksongs; what it does have is frequent evocation of folk style. Segev played sections with the kind of portamento sliding-into-notes characteristic of Anglo-American folk singers, and others with double-stop drones modeled on vocal harmonies. She switched registers like one singer trading off with another with a different range.

Sometimes the orchestra was playing with her and sometimes not. It hardly mattered. Most of the accompaniment was a gentle wash of sound that let the cello come through. Occasionally it would coalesce into a single instrument playing quiet harmonic counterpoint behind the cello: a wind instrument, a soft trumpet, at one point a drum (something Prokofiev also did in one of his concertos). As Visconti proved with his guitar concerto here last year, he is a master of quiet sonority. The restraint was beautiful. Occasionally the harmonies would bear the flavor of previous composers inspired by Anglo-American folk song such as Vaughan Williams or Grainger. 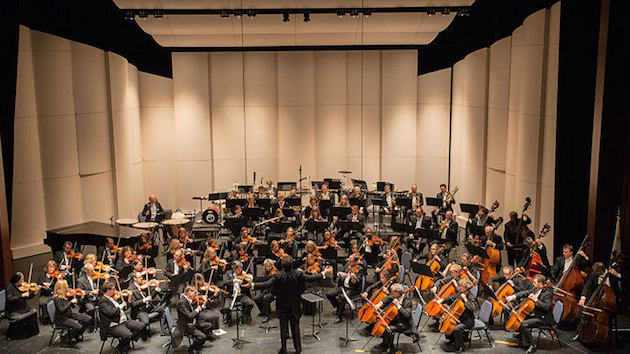 In the finale, the orchestra got fully into the game. In the first part of the movement, Segev played pizzicato in a folk guitar finger-picking style, including glissando slides and slaps of the strings against the fingerboard, a big no-no in the hoary classics (though it was a favorite effect of Bartók’s). The orchestra picked this up with enthusiasm. Then Segev raised her bow to launch into a quick second section with a lively jazz bent, which became a call-and-response with the orchestra that ended the work with zest.

Cabrera surrounded this light and delicate concerto with two of the heaviest, roughest works available. The Coriolan Overture is Beethoven’s stormiest orchestral utterance in C minor, the key of his Fifth Symphony. Bruckner’s Sixth Symphony is actually the briefest and lightest of his symphonies, which means that it’s only twice as big and heavy as almost anyone else’s. (I exaggerate, but only slightly.)

The California Symphony played both these works with a weighty yet transparent sound, with a slight touch of grit, as if they were made of handwrought leaded glass. Bruckner’s passionate melodies emerged with more success than his inexorable rhythms. His horn parts can be tricky, and Lesher’s Hofmann Theatre has none of the reverberant echo that Bruckner needs to be fully successful. Still, it was an urgently involving performance of an epic work that few local conductors short of Herbert Blomstedt dare to tackle.