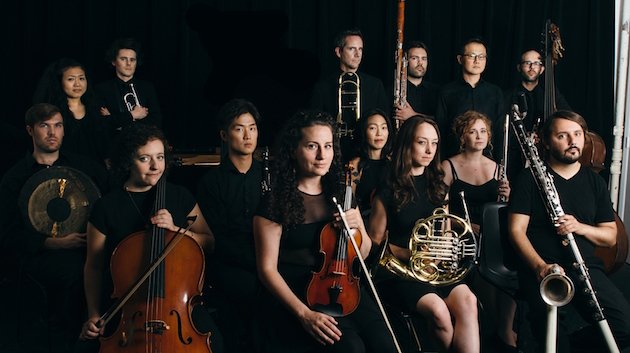 The core septet that’s traveled to the West Coast to represent Ensemble Mise-En, a New York-based new music group, is an unlikely band. In various sextets composed of flute, clarinet, trombone (in different types), piano, violin, double bass, and percussion, balance should be an issue — but it wasn’t, in a diverse program at the Center for New Music on Tuesday. The two most experimental works, at either end of the program, set the scene: This tight-knit group offers an extensive palette of sounds. 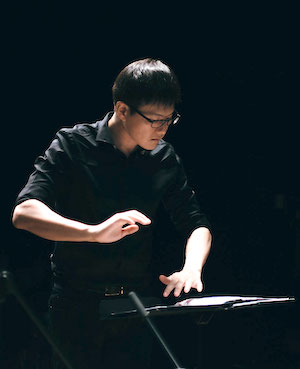 In Korean, “Mee” means beauty and “zahn” is to decorate, two ideals that drove the evening’s first work, by conductor Moon Young Ha. Players are rarely at rest in (in)stillness, yet their various gestures create an overall feeling of mildness. Techniques sound improvisatory even as players’ materials relate, and Ha skillfully connects the instrumental families, using different techniques (unpitched breaths by wind players with hollow-sounding glissandi in the strings, for example) to convey shared ideas.

Though similarly explorative, Sergio Augusto Cote Barco’s Rand, with its sonically forceful outbursts, is considerably more in-your-face. Barco, who studies at Cornell, designates the instrumental roles so that these explosions, which alternate with quiet episodes, are easy to predict — until the roles reverse, and eventually, dissolve. Particularly creative is the final pairing of the bass’s harmonic and semi-harmonic sounds, created by bowing behind the bridge, against cracking hits to the body of the piano.

Two more grounded compositions by Robert A. Baker and Amanda Feery were also the evening’s most captivating new works. Baker, a Canadian composer and theorist born in 1970, imbues tonally informed material with temporal complexity in all the lights are gathered in your eyes. Over a chugging violin pulse, shared motifs flit around the group; scales and pitch centers emerging only fleetingly. Then, in a section that seemingly suspends time, weaving long tones create lush washes of sound (distant sirens were an appropriate extra-musical complement). Spoken poetic excerpts feel redundant only because Baker’s sophisticated feel for textures and timbres maximizes the six players at hand. 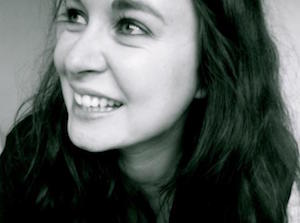 Intense walls of sound converge in Those So Moral by Amanda Feery, an Irish composer studying at Princeton. Near-unisons create hypnotic beating before sliding into one another. The texture calms, and droning fourths and fifths, though initially seeming merely to serve as a support for the droppings-in of indistinguishably low piano notes, assume interest as more and more players join in. It’s a distinctly contemporary ambience; I’m looking forward to hearing more by Feery.

Flight, by fellow Princeton student Anna Meadors, is a friendly, jazz-influenced work whose foundational bass line is a great earworm. Cool but technically thorny lines (violinist Hajnal Pivnick and clarinetist Vasko Dukovski did well, considering the speed of their unisons) mingle in writing that’s pleasant, but essentially limited to one idea. 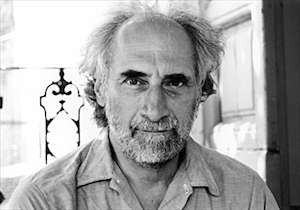 Frederic Rzewski is the master of this type of music, and his Moonrise with Memories (1977) was perhaps the evening’s best performance. The scoring is for bass trombone with accompaniment by any six treble-clef instruments, but the lower range provided by bass clarinet and double bass, especially, make the Mise-En ensemble dynamic. Each player, in the second part, contributes a few notes to a shared line; due to the distinctiveness and sheer volume of the trombone’s timbre, the soloist (Mark Broschinsky) highlights whichever notes he plays. In fact, it’s deceptively challenging, to enter the perpetual motion texture repeatedly without disrupting the established groove. But Mise-En’s performance, which had been consistently strong, seemed to reach new heights here — without a conductor, to boot.