To pianists, Chopin’s formidable Études have always seemed akin to waterboarding. Composed mostly in his late teens and early 20s, these were the first set of exercises to become a part of the standard concert repertoire. They are differentiated from his predecessors’ not only by having been composed to set technical challenges, but also by amounting to artistic masterpieces over time. Therein lies the dilemma: Should the Études serve as a vehicle to show off a pianist’s technical prowess, or merely stand as a set of rich miniatures that are self-contained musically? 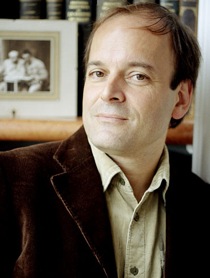 Just about all self-respecting classical pianists have struggled in performance with at least several of these studies, though only a few have mastered them all, and even fewer have successfully played the entire collection in a single concert. Canadian pianist Louis Lortie certainly earned his place by recording the entire set in 1986, and since then has made the program an important component of his career.

At Herbst Theatre on Saturday, under the auspices of Chamber Music San Francisco, Lortie exploded into the opening of the first Étude as he sat down at the piano. It was as if the left-hand octave had landed on the keyboard before he was seated, with the right hand soaring high above. Rather than letting his foot rest on the sustain pedal, he explored different colors and textures in the right hand: legato at times, almost staccato at others. By limiting the amount of sustain, all notes became clearly delineated. Here, Lortie was making a strong impression with the facility he possesses in his right hand.

Even in the torturous second Étude, Lortie almost seemed to be having fun. While the rapid chromatic passages were being spun with just two or three fingers, he had much room to play with phrasing, giving a pull here and a push there.

Next came the slow and melodic third Étude, about which Chopin himself is said to have remarked, “In all my life I have never again been able to find such a beautiful melody.” This Étude is memorable, however, not simply for offering that beautiful melody, but also for differentiating among the myriad voices contained in the score. Here, Lortie went for the melody, and at the piece’s conclusion the audience emitted a collective sigh.

By the end of the first set, Lortie had clearly shown his immense facility in gliding playfully through the Études. Again, he seemed to have set out to display the works’ melodic gorgeousness, making their technical aspects somewhat irrelevant.

The recital’s second half began with the three Études that were written as a contribution to a piano instruction book. While not as technically challenging as those in Opus 10 and Opus 25, they maintain their structural integrity and emphasis on melody. Lortie changed the order of the pieces, by placing the Étude No. 2 in A-flat Major last, to give it a place in the program as an introduction to the “Aeolian Harp” Étude.

The most memorable performance in the second half of the program, if not the entire evening, was that of the second Étude in F-minor. The spinning right hand, in perpetual motion, danced in the air above the audience; to some, it might have seemed that the music was being woven on the spot with the flying shuttle of a loom. Yet Lortie was always in absolute control of the fine silk thread, giving a firm tug from time to time, as if he was dancing with an invisible partner in the air.

At a few places, through inattentive pedaling, his immense technical facility was momentarily compromised by some smearing of notes and harmonics. Lortie may have been compensating for the acoustics of the room, but clearer presentation of the notes within their harmonic context would have further brought out more colors while revealing the harmonic structure and sharing even more of the melodies’ beauty.

The adoring audience was rewarded with a beautiful, melodic rendition of the slow Nocturne in D-flat Major, Op. 27, No. 2.