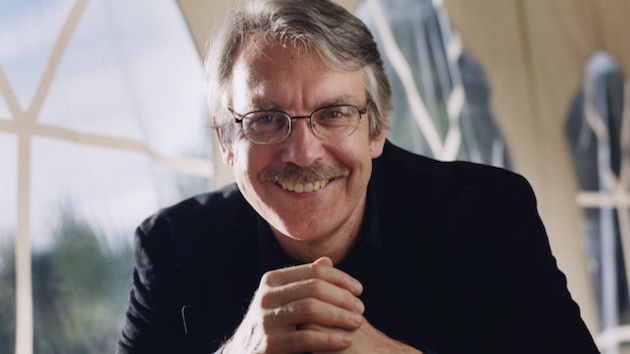 “Even as time flows rushing by, the seasons return,” wrote Goethe in a poem set to music by renowned composer John Harbison. On Sunday at San Francisco’s First Baptist Church, “chamber/text,” a free concert series, presented a program of Harbison’s music, spanning more than 30 years of Harbison’s career. While every piece was different, Harbison’s singular musical voice emerged — resounding, like Goethe’s recurring seasons, through constant change.

Harbison (b. 1938) has stated that his most important influences are Bach, Stravinsky, and jazz. Appropriately, the concert began with Thanks Victor (1994), a whimsical medley for string quartet. It pays homage to Victor Young, a composer chiefly known for his film music and popular tunes. As performed by the award-winning Friction Quartet, I was struck by the seamlessness with which both the composer and the performers transitioned between Young’s tunes. Even in this brief piece, continuity created a sense of relaxed capaciousness that subsequent pieces also evoked.

Indeed, the theme of cyclical, natural patterns, such as the rising and falling of the moon and the coming and going of the midnight hour, runs throughout Goethe’s four poems. Harbison began by writing what is now the work’s solemn last movement, “Um Mitternacht,” where Kahn particularly shone. The other texted movements arguably represent three contrasting musical moods or “seasons.” All told, the piece’s ensemble sounds challenging. While the performance sounded a tad under-rehearsed in fleeting moments, the Book of Hours and Seasons is an intriguing composition.

Lemoine and Nakagoshi closed the first half with the earliest work on the program: Harbison composed his Duo for Flute and Piano in his early twenties when he was still a student. Bizarrely, the manuscript was lost soon after the piece’s premiere in 1961. It disappeared until 1987, when the American flutist Fenwick Smith mysteriously discovered that he possessed a copy (though Smith has no idea how he acquired it).

While I was curious to hear this five-movement enigma, I struggled to focus on Harbison’s score because Lemoine’s sheer sound was so engrossing. With deep and rich tone, Lemoine spins lovely, long lines that could rival those of anaerobic string instruments. The duo’s performance again aroused a surreal sense of spaciousness, as though their live rendition somehow exceeded the humble boundaries of Harbison’s youthful score.

Harbison’s Piano Quintet (1981) constituted the program’s entire second half. Dedicated to Georgia O’Keeffe, this is a serious and ambitious work befitting the genre, in five movements, centered on an Intermezzo. Its gravitas again conjured notions of bigness or monumentality you might expect more in a symphonic or operatic than in any chamber realm.

Friction Quartet performed it with Nakagoshi (who is one of the two pianists in ZOFO, a Grammy-nominated piano duo). All five players demonstrated that they are not only highly capable musicians, they are also absorbing performers who reminded their audience that live music can be a life-affirming pleasure both to hear and to watch.

The Quintet concludes, however, with a heavyhearted elegy. Harbison has said it reflects the difficult personal circumstances, presumably concerning a lost loved one, under which it was composed. But earlier movements in the work are brighter. Reminiscent of Goethe’s texts in the Book of Hours and Seasons, in fact, Harbison’s compositional gift might lie in forging coherence from material that threatens to explode into diffuse commotion — at his best, he casts sublime sonic anchors into the relentless flux characterizing not only music but also life.