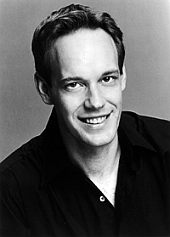 You know a new group is serious about what it does when its concert program includes a mission statement, a vision statement, and five "beliefs." The "new-music repertory group" and acronym called CMASH (Chamber Music Art-Song Hybrid, pronounced "smash") hit the boards of the San Francisco Conservatory's recital hall Saturday with five song cycles and an Ave Maria by six composers, including Jake Heggie, the late John Thow, and four CMASH composers.

Heggie was there to help introduce the organization to the audience in a preconcert discussion, along with Executive Director (and composer) Liam Wade. Heggie's endorsement must have come in part because he said he “adored” the artistry of CMASH soprano Ann Moss, who fearlessly sang the entire program. According to Heggie, Moss "was the light that pulled all this together." So, for all the manifestos and endorsement, was CMASH any different from an ordinary contemporary-music song recital? Superficially, no. And yet ... there was a certain gleam in the eyes of the performers and composers when taking their bows, a joy, a freshness and openness that added extra energy to the occasion, as well as quality to the performance. Perhaps the mission, visions, and beliefs are having a salutary effect (details can be found on the Web site):

MISSION: "CMASH is ... dedicated to fostering and sustaining long-term collaboration between composers and performers ..." VISION: "... composers and performers learn from and inspire one another in creative synergy. ... Ultimately, the collaborative rapport between composer and performer becomes intrinsic to an audience's experience ...." BELIEF 1: "... In every performance there exists the potential for an organic, spiritual connection between listeners, performers and composers. ... CMASH engages audiences ... in a dynamic exchange of ideas and emotions." BELIEF 5: "CMASH artists and composers" seek "to connect with listeners ..." 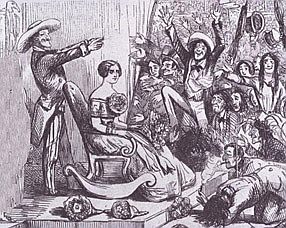 Composer, artist, and listeners will connect with CMASH

To say the least, Ann Moss was an impressive performer. Her voice was clear, with little to no vibrato. She was best in the extremely high part of her wide range, some notes of which carried a Birgit Nilsson–like thrill. Her intonation was a little off in the first number, but excellent in the rest of the recital. She was a good actor, and strove to engage the audience à la Belief 1, even exclaiming, to everyone's amusement, "You're still here!" after returning from intermission. Her accompanist for all but the Ave Maria was Steven Bailey, a technically and interpretively excellent pianist who impressed me by not always remaining slavishly in the background when the music demanded more from his instrument.

The evening began with Vartan Aghababian's When We Were Very Young (2002), settings of five children's poems by the creator of Winnie the Pooh, A.A. Milne. Before beginning, Moss asked the audience to "Open your hearts, minds, and ears, and let the night take you." Next came Aghababian's neotonal, quasi-Impressionist music.

My favorite of the set was the fourth and shortest, "The Mirror," about a swan's reflection. The piano part was so lovely, I wish it had had an interlude of its own between the two verses. Next came Thow's for love: Three Songs for Soprano and Piano (1980, rev. 2003) on poems by Robert Creeley. The composer was able to project the right overall moods for the songs with his late modernist style, but disappointed me by abstaining from programmatic illustration of the words, such as the walking, then sitting, of the protagonist in the first song, "Kore," about a sudden vision of a Persephone-like maiden (Greek Kore) in a wood flooded with light; or illustrating "words bounce like in water" in the third poem, "Water Music." I guess this neglect was designed to create a certain abstraction in tone, shifting attention away from the words to the music — a defensible goal in matters of taste.

The quasi-abstraction was best for the second poem, "The Rain," which effectively applied the sounds of the first verse ("All night the sound had/come back again,/and again falls/this quiet, persistent rain") to the rest of the poem by using trickling piano notes. The first half concluded with the highlight of the evening, JooWan Kim's Ave M (2008), for soprano and ensemble (the composer on piano; Valentino Pellizzer, drums; Rob Woodcock, string bass). The 13 words of the text were set in five contrasting sections over 10 minutes in a distinctive postminimalist style. Harmonies varied from relatively static, arpeggio-based sections to provocative, Baroque-inspired, harmonic sequences. Meanwhile, Moss carried her beautiful, melodic to melismatic lines with powerful expression, resulting in an enthusiastic audience reception at the conclusion.

The second half began with Silver Apples (2008), four moon-related poems set by CMASH Executive Director Wade. The postmodernist style was extremely engaging and humorous, with a fine funereal melody in the opening number, "The Moon," by Robert Louis Stevenson, switching to ragtime in Edgar Allan Poe's "Eldorado." Here Moss really strutted her stuff with some very creative scat routines. Even the pianist chimed in with several ominous comments as the poem's Shade recommended boldly riding down the Valley of Shadow "if you seek for Eldorado." Marchlike then waltzlike sections of the third poem, William Butler Yeats' "The Cat and the Moon," were effectively conjured, appropriate for the words "When two close kindred meet,/What better than call a dance?"

With all the invention of the first three numbers, the concluding one, Lisa DeSiro's "Carpe Luna," was a bit of an afterthought. I felt the eyebrow-raising final words "I reached up/tall as the night sky,/grabbed that moon/and melted it/with my bare hands" should have been more spectacularly illustrated, especially considering the shenanigans of the previous numbers. Jacob Bertrand's A.E. Housman Songs (2008) veered between a postminimalist style and one closer to George Winston, with predictable harmonic progressions. The first song was the most disappointing, a setting of the poem "In the Morning," where lovers in a field of hay look at one another "in the blue and silver morning." The final line, "And then they looked away," seems to me to be pregnant with meaning: disappointment, shame, what-have-you.

The music should have paused before that line, and completely changed character, but instead it seems the composer looked away. Jake Heggie's Rise and Fall, to four poems by Gene Scheer, displayed his mastery of voice handling and nuanced word setting. Moss was very effective at displaying passion in the second song, "Incantation Bowl," phrases of which reminded me of Denza's chestnut Funiculi, Funicula. The third poem, "Angels' Wings," had some Messiaenlike chord series, while the last number, "The Shaman," had bluesy lilts to "Oh, I cannot protect you, baby." As in his recent opera Three Decembers, distinctive melodies do not seem to be a goal of Heggie's evident craft. Yet I think when it comes to song, melody can have something to do with making Belief 5 work. I heard some of it in his opera Dead Man Walking, and will look forward to hearing more of it in the future.