North Bay fans of piano music are a lucky bunch. For the past six years, the Concerts Grand series, produced by Terry McNeill, has been presenting piano recitals primarily in Sonoma, attracting established as well as upcoming talents from near and far. Every year, pianists of extraordinary caliber have graced the Newman Hall stage of Santa Rosa Junior College. 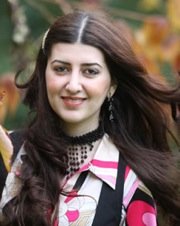 Such well-known pianists as Jon Nakamatsu and Garrick Ohlsson performed in recent years, as have exceptionally young talents like Andrei Korobeinikov, who performed two Scriabin sonatas in one program several years ago.

The seventh season opened on Sunday with the young Armenian pianist Nareh Arghamanyan, the first-prize winner of the Montréal International Music Competition in 2007. At 20, she has already established her fame as a young prodigy, having garnered many trophies and awards.

Arghamanyan opened the program with Mendelssohn’s sentimental Variations sérieuses. With an intimate tone, and with assertive and liberal rubatos, Arghamanyan insisted on pulling the audience into her world. In her performance, which was caressing at times, yet brutal at others, the range of colors and emotions was extremely wide and varied. The fugal 10th variation was wistful, while the 14th variation was a prayer. The dryness of her touch, however, combined with the arid acoustics of the multipurpose theatre, made me long for more coloration through deft use of the sustain pedals for the sake of creating more overtones and warmth.

Schumann’s Carnaval, Op. 9, was where Arghamanyan showed off her true originality. Here, she took liberal interpretations of the tempos through wide rubatos, and brought out wild colors. The oft-repeated figures in the “Pierrot” movement were quite heavy, rendering the character of the piece more grotesque than silly. Yet, the “Chopin” section was exquisitely elegant, with a sense of intimacy and the right-hand line soaring above the arpeggios.

Arghamanyan still packed some surprises for us, though. The last “Pause” was an insanely wild whirlwind, followed by the majestically interpreted “March of the League of David Against the Philistines.” Yet the middle C-minor section in the “Molto più vivace” nearly stood still at first. An accelerando kicked in soon enough, bringing the piece to a triumphant end. The overall effect took the audience on a wilder ride through Schumann’s carnival than is normally encountered.

How to Handle a Transcription When tackling a piano transcription of an orchestral work, pianists must decide whether to approach it as such being faithful to the tempo and to the colors of the original, or to take a fresh approach to it as if it had been a piano piece all along. Arghamanyan chose the latter strategy with Pletnev’s transcription of Tchaikovsky’s Nutcracker Suite. There was much liberty taken in tempo, with liberally applied rubato. The Intermezzo, which is performed between the two acts, was particularly effective, painting a dreamy landscape of snow with a clearly delineated lyrical line suspended over the harplike arpeggios. Still, in “Trepak,” where the melodic line is shared by two hands, some continuity was lost when the left hand was playing the melody and the rhythmic accompaniment simultaneously. A little added improvisation at the end of the “Dance of the Sugarplum Fairy” was a nice touch, though.

Arghamanyan appeared right at home when the program reached Rachmaninov’s Second Sonata, the better known (and arguably better written) of his two piano sonatas. She plunged into the tempestuous opening with much bravura and force. By contrast, the second theme, “Meno mosso,” opened wistfully, along with a good deal of tenderness and care that is quite in character with the piece. The tender opening of the second movement was caressing, with much sweet lament throughout the movement. The torrential last movement was full of assertive power, but perhaps more reserved than some of the greatest performances of this work. With her ample technique, it nevertheless proved to be a tour de force that brought the house down.

Arghamanyan offered one encore: the Adagio movement of the J.S. Bach arrangement of the “Marcello” Oboe Concerto, BWV 974. It made a sweet ending to a phenomenal feast for the ears.