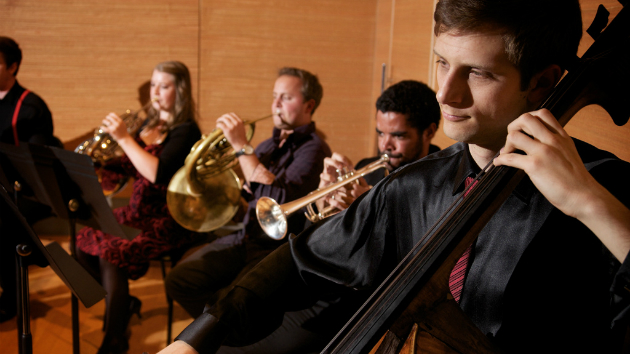 The Elevate Ensemble is a young, S.F.-based group fighting the good fight to make contemporary art music accessible. Their mission is to “reach new audiences” and satisfy an “evolving San Francisco.” As their recent concert at the Presidio Performing Arts Center showed, the 20th- and 21st-century music they champion is far from the difficult music that makes some listeners cringe at the term “contemporary music."

The first piece of the evening was Ictus by Danny Clay, a young, local composer who just completed a residency with the Elevate Ensemble. Inspired by the deceptively “simple task” of writing a concert opener, Clay describes his energetic piece as far from his “ordinary inclinations.” Clay finds a driving rhythm balanced with moments of lush strings that brings to mind the work of John Adams. The tempo dragged at times and Elevate experienced instances of clutter and muddiness. Still, the work provided a boisterous opener.

Bohuslav Martinu’s Nonet was the final chamber composition of a mostly forgotten Czech composer, Elevate brought a sense of energy to the performance, despite a frustrating lack of clarity in sporadic tutti moments. This work ranged stylistically from Appalachian Spring-era Copland to Shostakovich at his most expressionistic. Neoclassical leanings surfaced above Martinu’s adherence to form and structure. All in all, a memorable performance.

The last and most intriguing piece on the program was the abstract and wondrous Poems from the Singing Wall by John Anthony Lennon. Inspired by a set of poems by Swiss interdisciplinary artist Jeanine Osborne, the five-movement work featured soprano Amy Foote, demonstrating a fantastic range of vocal and theatrical abilities. On the musical side, Foote showed delightful phrasing, standing out amongst the purposeful clatter of Elevate, while not overpowering them.

The clatter itself, as condescending as that descriptor may seem, served to showcase the innovative combinations of woodwinds, strings, and piano, creating compelling and sparse textures. As for theatricality, Foote showed extraordinary comic timing and a vivacious sense of humor in the ironic “butterfly” and “prima donna” movements; although it felt a bit like hearing the same joke twice.

Expect Elevate to become a mainstay of the San Francisco modern classical music scene, joining the likes of the Kronos Quartet. While Elevate could stand to refine their chemistry and natural cadences, discerning music critics will surely be on the lookout for their debut album.