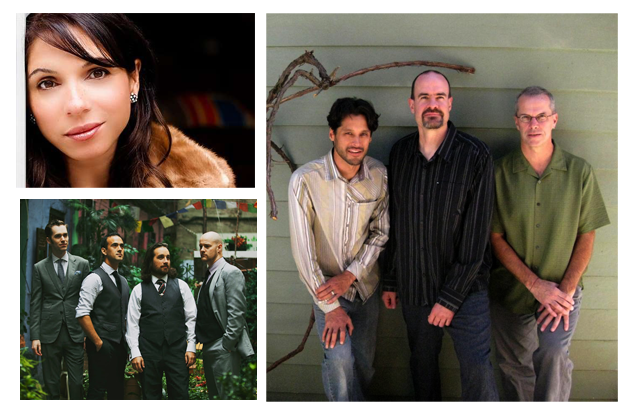 For 10 days out of the year, Sacramento becomes a hotbed of new classical music performance — with the Festival of New American Music. This gem of a festival, now in its 37th year, goes largely unnoticed in the city, but is a wonderland for the musically adventurous.

Partaking of the festival can be a game of surprises. It was the festival that first put the Kronos Quartet on-stage, and presented contemporary composers the likes of Frederic Rzewski.

This free festival, which runs through Nov. 16 at Sacramento State University, sets no parameters for its performers, save for them being in the wide scope of the new music genre.

Some may say that this approach provides everything you could want out of a “new music” festival. Others may wonder, why not curate new music concerts as closely as is done with a classical music concert or an evening of short stage theater works?

At first, the pens moving across the cardboard surface sounded like a series of human exhalations. These grew into something more frightening — the barking sound of violent dogs consumed with rabies.

First up was loadbang — a quartet of young Manhattan School of Music alums who have created an unusual sound writing and arranging for trombone, trumpet, bass clarinet and male baritone vocals. The band has debuted over 200 new works since its founding in 2008, and composers that have written for loadbang have also been commissioned by the likes of the New York Philharmonic.

Loadbang trumpeter Andy Kozar had said that he likens the ensemble to a choir — all the musicians use the transit of air as lifeblood. Adding baritone vocals to the mix is a fresh idea — though it has limitations.

The ensemble tackled four recent works on Friday, and was scheduled to perform a complete concert on Saturday evening at the festival.

The first work performed by loadbang was Christian Carey's "Prayer" — where the low and slow music was shaped by 72 pitches per octave as opposed to the standard 12. Here, Kozar, bass clarinetist Adrian Sandi and trombonist William Lang coaxed the ethereal and the gritty from their muted instruments. Jeffrey Gavett offered his limber, but not weighty baritone as he sang lines from a Joanie Mackowski poem.

These three instrumentalists revealed a facility for shaping notes and color, so much so that it was tempting to think what it would be like to listen to them just as a brass ensemble, without voice. At times, the vocals took you out of the music, and made you aware that yes there is a baritone, too.

Next up was post-minimalist composer David Lang's "Waiting for the Man," a work that uses the lyrics from the song of the same name by the Velvet Underground. The music is Lang's own, structured as a repeated musical pattern that created a hypnotic landscape for Gavett's pleading baritone.

Loadbang then performed Scott Worthington's "Infinitive," where snippets from Shakespeare's Hamlet lay out Hamlet's fractured mental state. Gavett delivered the lines with pauses, almost as utterances: an interesting idea, though not a captivating one.

Of the four works loadbang performed, the best was saved for last: two movements from Andy Akiho's "Six Haikus." This one showed how a composer can organically weave voice and brass. The musical ideas were simple ones, with Gavett singing while banging on a saucepan lid. As the piece developed, one brass player and then another would stop playing and start using a mute to bang as a percussion instrument until it was an all-percussion ensemble — a well-trod idea, but one that worked.

The 10 selections performed were variations on Bach's aria theme, with works that Downes commissioned from composers Derek Bermel, Lukas Foss and Jennifer Higdon, among others.

Overall, the experience was akin to watching an evening of short films. While the whole was never bigger than the parts — Downes always gave an impassioned performance.

The most bracing and adventurous works of the evening came when Rootstock percussionists Chris Froh, Daniel Kennedy and Loren Mach took to the stage for three works.

These were questions that floated in the air on Friday during Rootstock's performance:

1) What are the limits to nontraditional concert sounds as music? And 2) Just how far has percussion come as a foundation for musical ideas?

Most interesting were the second and third works. The second, an interpretation of Edmund Campion's "Auditory Fiction," was an interplay of notes performed on wooden drum boxes hooked up to microphones. The sound, at times, was that of pebbled rain falling on a tin roof. At others, it was something akin to the sound of cicadas on a hot summer day. Here, Kennedy and Mach alternated playing in unison and against each other. Campion's composition lent itself well to the use of the percussion boxes’ three-dimensionality. And there was plenty of dramatic force to the music.

The trio’s final piece was the world premiere of Mei-Fang Lin's "Match," where the three percussionists used pens to scratch, tap and swipe over a microphoned cardboard surface, capturing sounds not often heard at a concert.

At first, the pens moving across the cardboard surface sounded like a series of human exhalations. These grew into something more frightening — the barking sound of violent dogs consumed with rabies.

The piece climaxed with long swipes across the musical surface — and a final squeeze of a rubber duck.

The 37th Annual Festival of New American Music runs through November 16, 2014 on the campus of California State University – Sacramento. Admission is free to all events.