The San Francisco Bach Choir celebrated the 324th anniversary of Bach's birth on Sunday afternoon in Calvary Presbyterian Church by presenting three of his cantatas and three of his even finer motets. Actually, the concert was a repeat of their Saturday performance, his actual birthday. It all went to prove that, while always serious, Bach was not always at his very best. 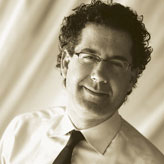 Director Corey Jamason opened with the Cantata No. 196, Der Herr denket an uns (May the Lord bring us to mind and bless us), the super Motet Jesu, meine Freude, BWV 227 (Jesus, my joy), and Cantata No. 131, Aus der Tiefe, rufe ich, Herr (Out of the depths, I cry to Thee, O Lord). Following intermission, the program continued with Cantata No. 156, Ich steh mit einem Fuss im Grabe (I stand with one foot in the grave), plus Motets Der Geist hilft unser Schwachheit auf, BWV 226 (The Sprit helps us in our weakness) and the terse Lobet den Herrn, alle Heiden, BWV 230 (Praise the Lord, all nations).

The finest, most moving performance was reserved for the finest piece on the program, Jesu, meine Freude. There’s justice in that, for this complex of interwoven textures and startling harmonic invention dates from Bach’s full maturity. Had he written nothing else, he’d still be ranked among major masters.

Jamason set perfect tempos and produced good balances, with the chorus observing the varied dynamic levels. There was a general feeling of warmth in tone throughout, even for the sopranos in their high registers. None of that can be easily done, and the audience reaction clearly reflected its appreciation of that achievement. Bravos and bravas for all.

On the other hand, the opening Cantata No. 196 got off to a shaky start. It seemed pretty obvious that no one, neither singers nor orchestra, had bothered to warm up. The opening orchestral Sinfonia suffered from poor ensemble playing and itchy violin intonation. The duet of tenor Craig Lemming and bass Kittinant Chinsamran was highly professional; the latter, in particular, sang strong performances all afternoon. But in her one solo aria, the young soprano Erica Schuller sounded thin and ill at ease with the music.

Cantata 131 begins with a famous movement for solo oboe and strings, but it is mostly famous as the slow movement of the composer’s harpsichord Concerto No. 5 — the F Minor one. (Speculation has it that this piece likely derived from an even earlier, and now lost, Bach oboe concerto.) The unnamed oboist did well indeed, but again, the orchestral playing was not ready for prime time.

Cantata No. 156 suffered from many of the same ills, only this time Jamason took an unaccountably slow tempo from the opening Sinfonia on. The one addition was alto Jennifer Panara, though the star vocalists remained the two male soloists. Admittedly, this is a text about having to face mortality, with hope in the Lord’s mercy. But I feel that it should reflect that hope, rather than death. The feeling I took away was one of prevailing dreariness.

Finally, there were the two relatively short motets, each in lively tempos. Der Geist hilft thus formed an immediate contrast to the dour Cantata No. 156 that had preceded it. It also has a richer texture, employing double chorus, one four-voiced choir to the left of the conductor and another such to his left.

Bach could play these off against one another, or combine them in a solid, richer, eight-voiced ensemble, allowing for a more rounded resonance. The choirs seemed to enjoy that, singing with gusto and a bit of bounce in their body language. It amounted to about seven and a half minutes of pure joy, just when it was badly needed.

That was doubled by the final, even shorter Lobet dem Herrn, a single-movement work in something close to gigue rhythm. Indeed, the text consists of only four lines from Psalm 117, with a terse hallelujah tagged on as coda. Some scholars think it’s more likely the finale of an otherwise lost cantata — of which there were likely hundreds.

Bach willed trunks of his manuscripts to his eldest son, Wilhelm Friedemann, who was an organist in Dresden at the time. But when Dresden came under heavy bombardment, the son fled the city in haste, leaving that treasury of Bach’s music behind. It’s thought that the entire cache burned up in the following fires, but who knows? If you fancy yourself an able treasure hunter, go for it. You wouldn’t be the first to hope for a find.

Overall, the Bach Choir’s program was a tad too ambitious. Jamason would be well advised to do shorter programs, using his increased rehearsal time (especially with his orchestra) to better polish the final result.