More than 60 people had gathered in San Francisco Conservatory of Music’s small recital hall by 11:45 a.m., when I arrived at the Hot Air Music Festival. It was an impressive turnout for a Sunday morning, and a testament to the appeal of this student-run new-music event: the majority of performers are affiliated in some way with the school, but because the festival’s leadership changes each year, the lineup is always fresh.

Indeed, the 13 acts I saw varied in quality almost as much as they did in style. But there were high points from the very first performance, by the Siroko Duo (flutists Jessie Nucho and Victoria Hauk). They played Philip Glass’s Piece in the Shape of a Square, a series of iterative gestures set with a performance twist: the music stands are arranged in nested squares, so that as the piece progresses, one performer moves around the small inner square, while the other walks the perimeter.

It feels like the audience is privy to two intensely personal processes — the separation of which tests the performers’ communication, as they come face-to-face only twice. But the distance presented no problem for Nucho and Hauk, whose pulse (and intonation) never drooped in this breathless 15-minute work. 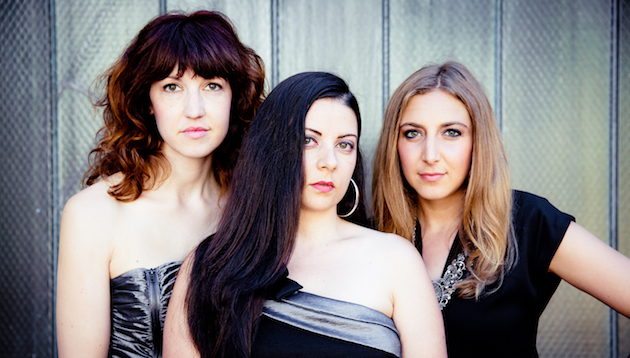 Electronics augmented the capabilities of two solo instrumentalists. Flutist Nucho returned to the stage for a performance that included a compelling work by Bihe Wen, a graduate student at University of North Texas. His ambient Dye uses electronic processing of live flute to explore the relationships of colors in movement, and Sunday’s surround-sound performance was delightfully immersive. Playing Missy Mazzoli’s Tooth and Nail, violist Anna Heflin enlivened the trance-like harmonic landscape of the electronic track. It was a shame that half the audience had filed out for lunch by that point, missing this exciting performance.

There was only one vocal set, but the Guerrilla Composers Guild’s series of songs for soprano and cello encompassed a range of sensibilities, from the neoromantic to a Schubert-Louis C.K. mashup (Louis CK am Spinnrade by Aaron Gervais). The standout of the six composers featured was Matt Boehler, whose It is enough harnesses considerable expressive power through a wealth of textures, from sweeping arpeggios to humming and sliding semiharmonics. But the real stars were the performers: cellist Matt Schwede, who had excellent facility and a beautiful sound, and especially soprano Winnie Nieh, who enunciated so well that the audience needed no program notes. 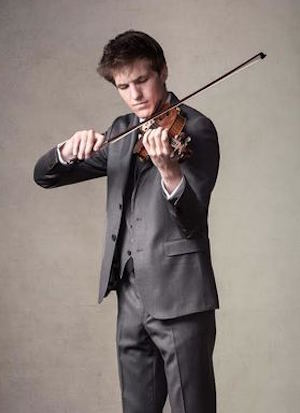 Through the afternoon, most works tended toward the conventional, and though the pieces by Lou Harrison and Marc Mellits, for example, were pleasant, my attention began to wane. Two electronic works then broke the mold — somewhat. Christopher Whitley, the first violinist of the Thalea String Quartet, also composes, and performed his new electronic piece, heavy sleepers. The title is indicative: it’s quiet music whose accompanying popsicle-colored graphics went off without a hitch.

Wackier was Vulpine Series No. 7–9, by Kansas City-based composer Hunter Long. To looping wildlife imagery, the composer played short, repetitive licks on his primary instrument: the large, square contrabass recorder that was patented by Joachim and Herbert Paetzold in the 1970s. Often, Long’s music almost seemed to respond to the video — but not quite, and, painfully, the YouTube video ended before the sound did. Scored to film reversals that made animals appear to run backwards, these sloppy musical timings became ironic, and Vulpine Series No. 7–9 felt very much like a meme — one that, at least, provided a welcome mid-festival reset.