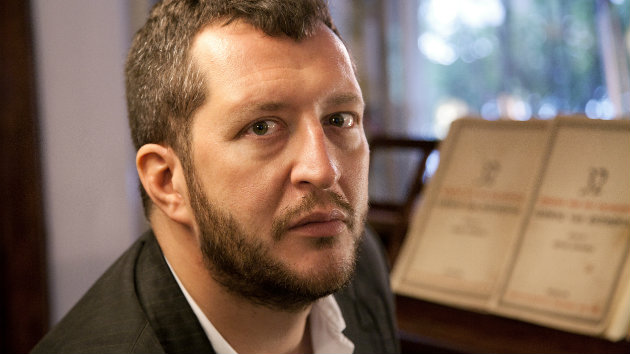 The full maturity of Thomas Adès is blooming before our very eyes and ears — most recently in the light of the triumphs of his opera The Exterminating Angel and a new piano concerto. And now, through yet another Los Angeles Philharmonic centenary year commission, add Adès’s new ballet Inferno to the list of triumphs.

Indeed, Inferno has turned out to be bigger, certainly in size, than the LA Phil perhaps thought it would be. Originally commissioned as an “open-ended proposal” for an orchestral work, Inferno would eventually evolve into the first part of an evening-length ballet, the second part of which will not be heard until 2020. And the first part outgrew its anticipated dimensions. The program book claimed that the piece would last approximately 25 minutes, yet by the time it landed on Gustavo Dudamel’s desk, it had reached 45 minutes in length.

As a result, the program for the world premiere performance at Walt Disney Concert Hall on Friday morning at 11 a.m. (May 10) had to be flipped on its head at the 11th hour. Instead of leading off with Inferno and concluding the concert with Mozart’s imposing Symphony No. 41 (Jupiter), Inferno had the post-intermission half all to itself and the Jupiter Symphony opened the concert, with Mozart’s Violin Concerto No. 1 to follow. This was done at the risk of losing some listeners at the interval — and predictably, some did flee to the safety of their cars. Had they stayed, they might have been pleasantly surprised. 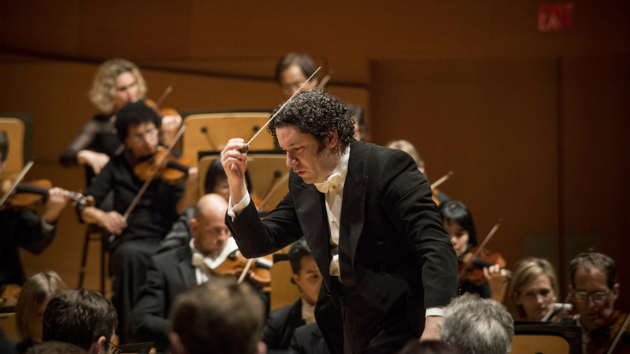 With Dante’s Inferno as a framework and Liszt providing devilish inspiration, though not actual language, Adès’s opening sounded like Hell right away — the cracks of a whip, wallops of brass, and shrieking of winds making a loud collective noise. But then, the ballet started to take shape depicting various Dantesque residents and scenes in 13 continuously-played episodes. Adès’s brilliantly orchestrated score dances lightly in 3/4 time, sludges through the underworld muck, rustles ominously, builds to explosions, and further develops a lyrical bent that has only come to the fore in his music since The Tempest or thereabouts.

The piece amazingly became more engaging and more delightful the further it went. Castanets suddenly started clicking as the orchestra playfully got a Spanish fandango going. There was a big, heartfelt cello solo for principal cellist Robert deMaine to caress. In the penultimate episode titled “The Thieves,” a great madcap orchestral galop charged away, with Adès successfully challenging and even outdoing Shostakovich in that department. The latter set off a spontaneous outburst of applause even though there was one segment left to go. How often does that happen for a new piece these days? Ever the quick study with a firm grip on rhythm, Dudamel found the piece’s grooves immediately and ran with them.

When it is completed, this might well be the next great British evening-length ballet score; the only other one I can think of is Britten’s The Prince of the Pagodas, which also grapples masterfully with many dance idioms. In the meantime, L.A. will get another crack at it when Adès leads the LA Phil in the pit in a full Royal Ballet/Company Wayne McGregor production of Inferno July 12–13 in the Dorothy Chandler Pavilion.

Now, about Mozart. Dudamel made short work of the Jupiter Symphony, moving it swiftly along without repeats in the outer movements but not without some startling contrasts and turns of phrase that were executed in silky smooth fashion by the orchestra. Michael Barenboim was the soloist in the Violin Concerto No. 1, producing a small-scale tone, good intonation, and a neutral personality that nearly put the music to sleep in the second movement cadenza. In retrospect, it felt as if Gustavo and the Phil were anxious to get to the main event right away.