“Spring Symphonies” is the title that Symphony Silicon Valley gave to its May program, which I heard Saturday at the California Theatre in San José. Sure, it’s adequately descriptive for a concert performed in the spring. Yet neither of the symphonies on the program had Spring or Pastoral in their titles, or any other obvious programmatic connection with the season. So, what’s springlike about them?

Perhaps what Beethoven’s Symphony No. 4 in B-flat, Op. 60, and Shostakovich’s Symphony No. 9 in E-flat, Op. 70, have in common is that they’re both perceived as light, good-humored works — qualities emphasized by each standing chronologically in the composer’s symphonic output between two grandiose, imposing monuments. In each case, though, it’s more complicated than that.

Beethoven’s Fourth is the neglected stepchild among his mature symphonies. There’s nothing “special” about it. It’s not the “Eroica” or the “Pastorale” or the “Ode to Joy” or the “apotheosis of the dance” or the one that goes “da-da-da-dum” or the one with the metronomic “tick-tock” rhythm. It’s the other one, the one that’s just a Beethoven symphony, nothing more.

And nothing less, either. Standing by itself, unshadowed by the “Eroica” and the Fifth, the Fourth is far more than the “slender Greek maiden” that Schumann called it. In this energetic performance, conducted by Gregory Vajda, it was the full Beethoven without apology: controlled power and fury, with episodes of courtly beauty. Or vice versa, as in the slow movement, where a strange “heartbeat” figure infiltrates the calm elegance.

Careful control of dynamics was notable in SSV’s rendition. The crescendos were mighty works of art, and Vajda introduced an interesting and effective momentary dip in volume level at each introduction of the first movement’s main theme. Yet the fortes did not maintain the overwhelming impact of the crescendos leading up to them, and that may have been a wise, deliberate restraint. Played overloud, Beethoven’s hammering chords can sound like uncontrolled sneezing. That never happened here.

Some charming antiphonal exchanges occurred between the two violin sections, which were seated on opposite sides of the stage. The winds were mostly hidden in the background, except when they emerged to take the lead in the trio section of the third movement.

Work of Politically Incorrect Personal JoyShostakovich’s Ninth is a different animal. Following the two epic, world-spanning, titanic struggles of symphonies he’d written during World War II, listeners expected the symphony that Shostakovich premiered immediately after the war’s end in 1945 to be an equally titanic expression of joy. And, after all, it was his Ninth. Beethoven, Bruckner, and Mahler had all poured every last ounce of creative energy into their Ninths. 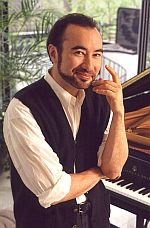 Instead, Shostakovich surprised his listeners by offering up a small-scale work, classically correct in its form, expressing his personal joy and pleasure rather than a grand national Soviet triumph. Being the kind of man he was, his happiness was cheeky and caustic. SSV made the most of this aspect. The orchestra was fully together in ensemble and overall expression, with a rather engagingly scrappy quality in the many solos. This applied to Concertmaster Robin Mayforth, as well as to the wind players, who here got the spotlight denied them in the Beethoven. Even the clarinet section squeaked a little, if judiciously, in the long melody that opens the slow movement.

This movement offers a contemplative respite from the more chipper parts of the symphony, as does the remarkable long, wandering bassoon solo forming a bridge between the scherzo and finale. I’ve heard this played with greater emotional depth than on this occasion, but any bassoonist who successfully navigates this exposed tightrope deserves warm applause, as Deborah Kramer received here.

The more somber parts of the symphony remind the hearer that, if Shostakovich still had a sense of humor in 1945, he had already been through both the privations of the war and psychological terror in the form of the disapprobation of Stalin’s government. (And he was to suffer another such episode from this symphony, as its lack of triumph was judged politically incorrect.)

If there’s an air of “never glad confident morning again” about his Ninth, the unsullied cheerfulness of youth may be found in his Piano Concerto No. 1 in C, Op. 35, dating from 1933, long before any of this had happened. Yet despite the work’s lively music-hall elements, including a bang-up duel to finish the finale between pianist Jon Kimura Parker and trumpeter James F. Dooley, the concerto seemed subdued after the Ninth. Perhaps the total absence of the wind section contributed to that, as the pianist is accompanied only by strings and the one trumpet, whose part is so extensive that the work is sometimes considered a double concerto for piano and trumpet.

Parker played crisply, with a distinctively bell-like articulation, flying through the concerto without making it sound rushed. He showed even more bravura in his encore, a fleet, dynamic performance of the finale from Beethoven’s “Appassionata” Sonata in F Minor, Op. 57, rather reminiscent of the style of Vladimir Horowitz.

Parker also possesses the desirable talent for a concerto soloist of being able to project his speaking voice loudly enough so that everyone in the hall may hear him announce his encore clearly.