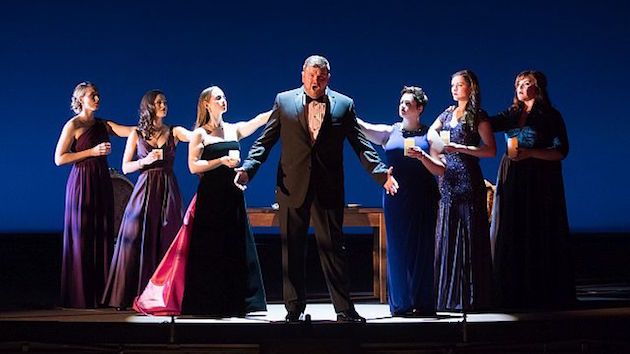 For opera fans — who embody the original meaning of “fanatic” — it is a rare, great pleasure to hear a promising young singer for the first time, to “discover” a future star.

On Saturday night, members of an enthusiastic audience that nearly filled the War Memorial Opera House to its 3,200-seat capacity did more than double or even treble their pleasure — they heard 23 sensational voices and saw 23 artists with assured stage presence. Some of the credit for that confidence goes to Aria Umezawa, but more about that later.

This was the grand finale of the 2016 Merola Opera Program, a three-hour parade of musical excellence that went far beyond potential and promise. Here are just a few highlights of the evening:

Tenor Kyle van Schoonhoven, from Lockport, NY, who was impressive in the title role in a Lohengrin excerpt at the beginning of the program in July, shone in yet another Wagner role, singing the hero’s prayer from Rienzi. The voice was not only gorgeous and powerful — filling the big hall effortlessly — but had that indefinable Wagner-tenor characteristic of “ping,” Richard Tucker’s term for hitting high notes squarely. When van Schoonhoven joins the small cadre of outstanding Wagner heldentenors in the world’s great opera houses, those at the concert Saturday can claim they were there when the 28-year-old made his mark almost a decade ahead of when such accomplished delivery is expected. 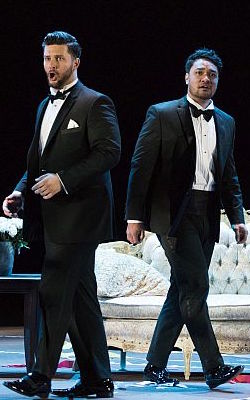 Another tenor, a lyric one and an instant audience favorite, was Amitai Pati, a New Zealander and Adler Fellow Pene Pati’s brother. Both in voice and presence, there is something appealing about the former member of the successful opera-and-pop group of Sol3-Mio. He is low-key and impresses with the quality of his performance rather than acting like a star, even if that’s where he is heading. His support for his partners was palpable both in a lighthearted scene with Alexandra Schenck from Berlioz’ Béatrice et Bénédict, and in a dramatic duet with Andrew G. Manea from Bizet’s The Pearlfishers.

Merola has been unusually rich with high male voices this season, and another is the exceptional countertenor/male alto Aryeh Nussbaum Cohen, 22, from Brooklyn. He was especially impressive in the popular aria, “Che farò senza Euridice?” (What shall I do without Euridice?). Besides the velvet-smooth voice and exemplary projection, Cohen also has a special ability to express the kind of intense emotions opera often .  His partner in that scene, Teresa Castillo later strutted her stuff in a hilarious duet with Josh Lovell from Rossini’s Le Comte Ory. 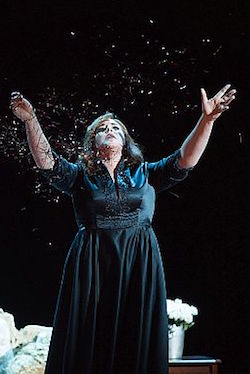 The opera house is still ringing with the San Francisco company’s magnificent production of Berlioz’ Les Troyens last summer, and any performance of Cassandra’s aria of foreboding when the Greek army vanishes and leaves behind their enormous wooden horse is bound to be measured against still-vivid memories of Anna Caterina Antonacci in that role. Mezzo Tara Curtis, from Kansas City, in her second Merola outing this year, met that sky-high bar with power and passion to spare.

The orchestra, with Jennifer Cho as concertmaster, consisted of members of the San Francisco Opera Orchestra and other musicians, with the woodwinds and brass doing particularly well. The Scottish conductor Rory Macdonald assured that the singers could be heard almost all of the time, which is critical when  introducing young singers. Macdonald tends to bring the same level of intensity to all music, which worked great for Les Troyens, Rienzi, and some others. The excerpts from Rossini, Donizetti, and Flotow’s Martha should have had a lighter touch. 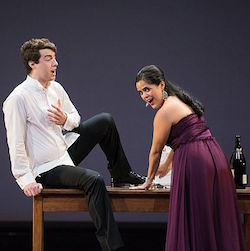 This year’s Merola program also included apprentice coaches and an apprentice stage director, Aria Umezawa, from Toronto. She successfully managed to provide some “glue” between the unrelated performances without the transitions impeding the flow of the event. Umezawa connected performances by having singers stay on stage as silent observers of the next presentation or to actually participate in the action. This worked most of the time, and wasn’t overly distracting when it didn’t.

Umezawa’s directorial prowess peaked at the end of the concert: she staged the scene from Johann Strauss’ Die Fledermaus with the participation of all Merolini, while candid scenes from the three-month-long program were projected upstage. It was a feel-good finale to a do-great Merola season.