Levelheaded dedication flashed on Friday evening at the San Francisco Conservatory’s concert hall, as conductor George Cleve opened this season’s Midsummer Mozart Festival with a display of brilliance. If anything, it all went to prove how much variety Wolfgang Amadeus Mozart produced in his all-too-short lifetime.

Cleve opened with the overture to the opera La clemenza di Tito, K. 621 and the Concerto for Two Pianos in E-flat Major, K. 316a (sometimes listed as Mozart’s Tenth Piano Concerto). Following intermission, we heard the Flute Concerto No. 1 in G Major, K. 313, and the glittering Symphony No. 35 in D Major, K. 385, the “Haffner.” Soloists included the Korean pianists/sisters Yong Jean Park and Yong Sung Park, plus flutist Maria Tamburrino. It marked a distinguished opener 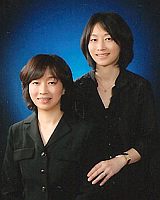 The Yong sisters are quite a find. Their ensemble playing was amazing, their sensitivity to elegant style impeccable. They seemed to read each other’s mind, something that can’t be taught.

Of course, they began their piano studies as small kids and have been playing duos together since Jean was 9. It does make a difference. Then too, on Friday they had the advantage of playing one of Mozart’s major masterpieces, with a knockout finale. The entire performance created an indelible effect, and garnered a considerable standing ovation.

Tamburrino warmed her way into her Menuetto finale. The first movement sounded a bit nervous and untypically gritty in timbre. There were even a few horn bloopers during the opening orchestral introduction. Yet the slow movement calmed itself, and her tone, to a far smoother effect. It was in the final Menuetto that she played with her typical richness of sound and technical assurance. 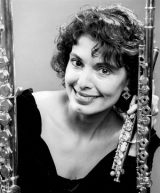 Hearing the “Haffner” again was like welcoming a lost old friend. It’s odd about this symphony: Up until the 1960s, it was one of the two most frequently programmed Mozart Symphonies, it and the No. 40 in G Minor. Then it somehow seemed to fall out of favor with conductors. I can’t even remember the last time the San Francisco Symphony programmed it.

It’s a true bravura piece, one in which Mozart comes nearest to writing what amounts to a concerto for orchestra. Taking in the virtuosity of the part writing is like watching a sleek horse-race that never lets up, while the terrific thematic materials are so beautiful that the piece seems to be over in a moment. I always experience an “Is that all?” moment when it concludes, hoping one of the movements might be replayed as an encore. But that never happens, or at least not in my experience.

The neglect given to Mozart’s final opera, La clemenza (The clemency of Titus), is more understandable. It dates from 1791, the same year as The Magic Flute. In fact, those two operas are marked by adjacent Köchel numbers: K. 620 for Magic Flute, and K. 621 for Titus. So the purely musical quality is there in both.

Ah, but the problem is that Titus is an opera seria, an operatic form that was well past its sell date, even in 1791. This means it consists of a more or less stand-and-deliver opera during which little or no action takes place on stage. (Read: It’s visually stodgy.)

Instead of action, such operas rely on vocal display on stage, mostly of the fireworks variety, and, of course, beautiful music both on stage and from the orchestra pit. The result is sort of a concert opera presented in costume. Opera seria scores usually consist of a chain of simple recitatives and da capo arias, often minus the expected choral relief.

Mozart, however, got stuck with only one recitative, intended to flatter the then-new Austrian Emperor Leopold II as part of the festivities following his coronation. Leopold was conservative and something of an absolutist, so the Metastasio Titus libretto perfectly fit the bill, as it deals with the need for absolute fealty to the monarch.

The short overture to Titus is definitely an icebreaker. It possesses all the exciting tease of Mozart’s Marriage of Figaro overture, plus little episodes of inner dignity. There’s an air of expectance about it, of the get-ready-for-something-special sort.

As usual with Maestro Cleve, tempos were right on the classical button, with balances excellent and the feeling of grace constant. He’s one of the finest Mozart conductors I’ve experienced, in terms of getting all the smallest details right, meanwhile in the process managing to convey the inner humanity within the master’s compositions.

Next Friday’s San Francisco Midsummer Mozart program features pianist Seymour Lipkin, no less, playing the “Coronation” Concerto, along with Cleve conducting the 29th A-Major Symphony and the “Jupiter” Symphony, plus the 3rd Horn Concerto. The program will also be presented in San Jose, Sonoma, and Berkeley.