It was the case of the vanishing orchestra.

No, that is not the plot line of a musical whodunit. It’s an apt description of the China Philharmonic’s performance at the Mondavi Center at UC Davis on Saturday evening. 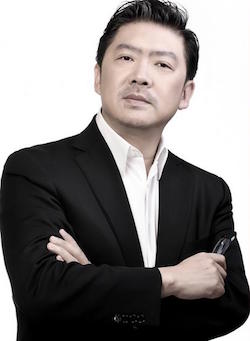 This young orchestra, under the baton of Long Yu, performed a program offering Qigang Chen’s Enchantements oubliés and Beethoven’s Piano Concerto No. 1 in C Major during the first half of the concert. Yu led the orchestra through a deeply expressive performance of Chen’s 15-minute tone poem. It was a noteworthy and musically limber start to the evening. The work is rooted in Chinese melodies in pentatonic modes and filtered through a decidedly French lens. This dual character in the music reflects Chen’s own experiences. The composer, now 64, lived for years under China’s Cultural Revolution and later became one of Olivier Messiaen’s last composition students.

The work, which has no brass or woodwinds, begins with lyrical and dreamlike musical ideas on the strings. These give way to powerful music driven by declarative statements on the timpani. The work is at once dark and humorous — and the overall musical effect is one of falling into a warm and intimate musical dream. The compositional ideas in the work spread across a horizontal mindscape, like low-lying fog. There was nothing vertical about it. Color and expression are key here, and the orchestra more than obliged. As a result, Chen’s episodic music came through as painterly and hypnotic. Yu’s approach allowed each section of the orchestra to bloom while sounding cohesive and intimate.

This was a very good start and showed off the personality of this orchestra. But Beethoven and Dvořák awaited, and so did other approaches. 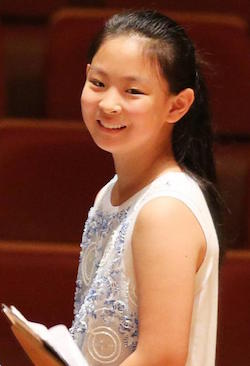 The orchestra gave the Beethoven concerto a polite and journeyman performance highlighted only by the impressive performance at the piano by 11-year-old Serena Wang, who was self-assured and played with emotion and austere precision. Yu kept the orchestra reserved throughout, opting for cohesion and restraint at the expense of drama.

The second half was anchored by Dvořák’s Symphony No. 9 in E Minor (“From the New World”), and it was as if the orchestra of the first half had left the building and another one took over thereafter. The restraint that worked so well for Enchantements oubliés was misplaced when applied to Dvořák’s Symphony No. 9. There was nothing incandescent in the dramatic moments that make the work such a rewarding listening experience. Instead, the music proceeded at an unhurried pace, with individual instrumental moments subsumed into the whole — nothing raw or calamitous here.

This was most glaring in the second movement where drama was absent and the orchestra failed to deliver the thunder and clamor necessary to sell the work. Adding to the problems, the orchestra was stiff and plodding in the scherzo and finale movements.

This outcome was all the more curious given the vivid, fluid, and powerful musicality that Yu coaxed out of the orchestra earlier in the evening during Chen’s piece. Perhaps this orchestra has greater affinity for lyricism and the rhapsodic than with darker, more dramatic pieces. Yu’s  decision to shoot for a blend and subtlety was a choice that suited the first work and not the others. As a result, a fine orchestra seemed to be replaced by a lackluster double.