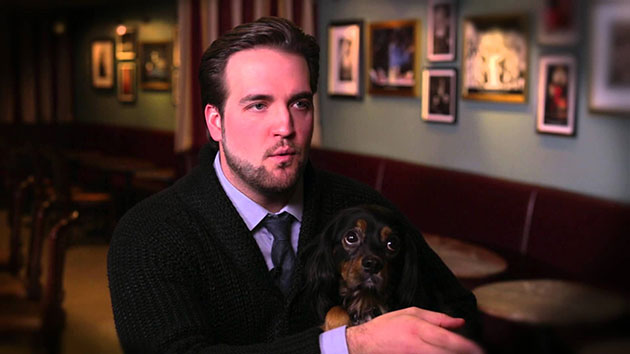 It was not long ago – October 2013, as matter of fact – when American tenor Brian Jagde made his first appearance on the Mondavi stage.

At the time, he was one of several singers in a concert billed as the “Rising Stars of Opera.” Flash forward two years, and Jagde is on the same stage, this time in a recital all his own. In that time, Jagde has established himself in the opera world. This past January, he stepped in at the last minute to play Cavaradossi in a Lyric Opera of Chicago production of Tosca, when Ukrainian tenor Misha Didyk backed out. Jagde had only 12 days to prepare, yet performed the role to positive reviews.

His debut appearance at the Mondavi Center at UC Davis Wednesday evening suggests Jagde is more than just a rising star. He’s a singer whose time has come. And a gamer to boot.

It would be hard to imagine a tenor making a bolder, more impressive debut than Jagde did Wednesday, delivering a demanding repertoire over the course of an hour-and-a-half performance – while struggling through the effects of a cold.

Jadge was joined by pianist Craig Terry for a program that included a set of five songs by Schubert, Schumann, Brahms, Wolf, and Mahler. Jadge’s vivid and nuanced performance of each revealed his fondness for the Germanic repertoire, and he showed an ease shaping notes in the language.

Jagde tackled Schubert’s "Ständchen" (Serenade) and Schumann’s “Silent Tears,”. without visible effort. In Wolf’s “Blinded Sight, Dark Light,” he sang with fervor; the fast music delivered clearly, and he made Mahler’s “I Have Lost Touch with the World” a jump ahead into modernity. Here Jagde and Terry were patient with pacing, with Jagde employing his tenor to finely shape the notes of this poignant music. Both musicians honored the deep melancholy within.

This was but a prelude to the best and most dramatic work of the evening: the rarely-performed Holy Sonnets of John Donne by Benjamin Britten.

Britten’s mining of Donne’s dark sonnets . Donne wrote the 19 sonnets during a time of great tumult in his life, from which Britten created a work filled with stark emotion The texts plumb faith, the impermanence of a sinner, and the specter of death.

Britten composed music for nine of the sonnets. His inspiration for the work stems from a visit he made to the Bergen-Belsen concentration camp after World War II. Like many of the composer's works, it was written with companion Peter Pears in mind.

In Jagde’s hands, the music was delivered with fresh-faced fervor. Darkness and the impermanence of life runs like a thread throughout these nine pieces and Jagde sang it as if inconsolable.

Other moments called for anger, where the singer needs to convey the idea that he has been deeply wronged. The best aspect of the performance is that Jagde performed this weighty music as music that does not weigh you down.

His tenor was most beautifully stark on “Oh might those sighs and tears.” In the sonnet, “Thou hast made me” – a musical cry in the dark – Jagde’s voice was all about despair. His instrument radiated to roof-rattling levels in places, and this served to deepen the ominous nature of this music.

Jagde also showed a facility with the Russian repertoire with well-crafted performances of five Rachmaninov songs, including the bewitching “The Harvest of Sorrow,” to a text by Leo Tolstoy.

What's most appealing about Jagde is he never let his persona get in the way of the music.  He showed tact and sophistication. In moments that called for a dash of personality, he offered it economically. In this recital the lens was always focused on the music.