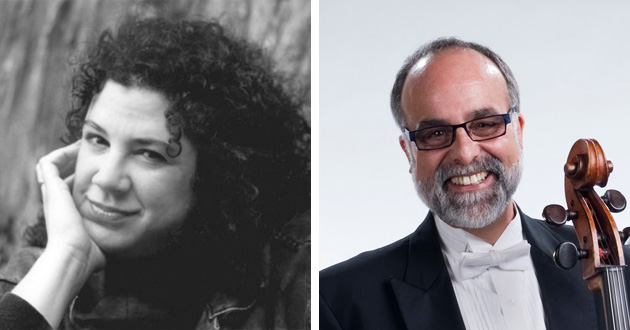 A chamber music concert performed by members of an orchestra has the advantage of not being restricted to the standard chamber ensembles — especially if those orchestra members also bring some outside friends along.

Such was the concert by musicians of the San Francisco Opera Orchestra on Sunday, sponsored by Music at Kohl Mansion at its eponymous venue in Burlingame. Even one of the composers came from the orchestra.

The principal work on the program was a quartet for piano and strings by Erich Wolfgang Korngold, the Austrian composer who later moved to Hollywood and earned new fame in movie music. So what’s so unusual about that combination? Two things distinguish the Suite, Op. 23, as this work is titled.

First, the pianist, Steven Bailey in this performance, plays only with the left hand. That’s because the Suite is one of many works commissioned in the 1920s and '30s by the pianist Paul Wittgenstein, who lost his right arm in service in World War I. Unlike some of the works he received, Korngold's Suite was appealing to Wittgenstein’s tastes, and he played it often.

The [Korngold] Suite is one of many works commissioned in the 1920s and '30s by the pianist Paul Wittgenstein, who lost his right arm in service in World War I.

The other distinguishing factor is the three string instruments. Instead of the usual combination of violin, viola, and cello, the Suite requires two violins and a cello. The violinists were Kay Stern, concertmaster of the Opera Orchestra, and her colleague Dawn Harms; and the cellist was Emil Miland, another orchestra colleague and an old favorite performer at Kohl Mansion. Bailey, the pianist, counts as a friend, one who’s worked often with Miland.

The Suite is a big work in five movements. For listeners familiar with Korngold’s film music, or even with some of his early works, the tangy astringency of much of the Suite may be surprising. It dates from 1930, a time when modernism filled the air (listen to what Aaron Copland was writing around then), and even the conservative Korngold was not entirely immune. Yet he did not abandon his essential tonalism or his love of melody.

The Suite shifts moods movement by movement. The toughest parts are the opening Prelude and Fugue – extremely knotty and not Bachian at all – and the third movement scherzo, which Korngold titles “Groteske.” Whipping strings and vigorous attacks characterized this strong, committed performance.

The second movement waltz, fourth movement song, and even the concluding rondo are gentler, though they came off pretty tough here. I especially liked the waltz, whose gentle melody was decorated by tiny string cries that felt as if they had been surreptitiously inserted by Anton Webern. Miland in particular was clever with gulping sounds and strumming pizzicato.

Perhaps a standard piano quartet could play the Korngold Suite, for Harms, the second violinist, also plays viola. Harms brought her viola to Mozart’s Quartet for Oboe and Strings in F, K. 370, where she, Stern, and Miland were joined by another Opera Orchestra member, Janet Popesco Archibald on oboe.

The Oboe Quartet is a simple work, requiring little from the string players besides their conscientious presence. The oboe is more exposed, and in Archibald’s work it was possible to hear the qualities that all the players need to bring to make great Mozart.

Mozart’s first movement features a repeated figure, initially for oboe, of a twist of several short notes followed by a longer note and a half-step rise. It’s the grace with which these players fell from the twist into the long, plaintive note that exemplifies what made this performance so delightful. A similar plaintive quality in the oboe work in the Adagio was reminiscent of the shepherds’ duet from Berlioz’s Symphonie fantastique.

The scheduled program was completed with The Despot’s Rage, the Slave’s Revenge, by Shinji Eshima. The composer, who was present, plays double bass for the Opera Orchestra. His 15-minute piece, taking its title from Shelley’s Lines Written Among the Euganean Hills, is inspired by the search for peace over conflict.

So there’s some tough music, representing that conflict, in this score. However, the instrumentation is for cello, piano, and marimba, and nothing can sound too ugly when played on a marimba. Miland and Bailey were joined by percussionist Mark Veregge. Though not a member of the Opera Orchestra, he plays with it frequently when extra percussion is required.

As in the Korngold, lyrical sections alternated with harsher ones. The cello took the lead in most of both kinds. Miland played melodies with consonant accompaniment from Bailey, while Veregge made dissonant harmonic interjections. Or, more appropriately for his instrument, Veregge would set up ostinato patterns, while Miland played a deep melody over deeper chords from Bailey. There were canons, rhythmic double-stops, and sforzando punctuations.

It was an interesting piece, though it may have been a bit too experimental for this audience. All eyes were on the marimba, however, when it was lifted onto the platform before the piece. All the sheet music and mallets piled on top fell off. I remembered the existence of music whose pages are intended to be played in random order. That experimental, though, Eshima is not.

As a thoroughly consonant, unscheduled treat, Miland and Bailey followed this work with a heartfelt encore of an arrangement of Rachmaninov’s Vocalise.