[email protected] is busy exploiting the opportunities of its newest venue, the 492-seat Center for Performing Arts at Menlo-Atherton. The latest concert in this year’s winter series was on Sunday, consisting of some fairly indulgent music from the turn of the 20th century, all of it written for two pianos. 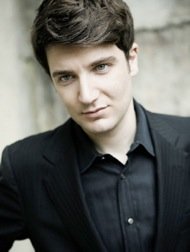 This concert was a special project of the festival’s co-director, pianist Wu Han. It gave her an opportunity to perform with Alessio Bax, who made a favorable impression at last summer’s festival, and with another pianist whom she’d long wanted to have visit, Anne-Marie McDermott. Bax and McDermott also performed together, so we got all three two-piano combinations possible among the three of them.

Two pianos, as Wu Han would be glad to tell you, can be twice as much fun as one. This concert, though, seemed to be designed to demonstrate that two pianos need not be any more dramatic or thunderous than one, and the approach seemed to be set by Alessio Bax.

Bax looks a bit like Dustin Hoffman from the period of The Graduate, and he plays piano rather as you might expect Hoffman’s character from that movie to play for the parents: dutifully, diligently, without tremendous drive or fervor. Paired with McDermott — a somewhat more ebullient pianist, certainly one with a great armory of animated facial expressions — the two produced a subdued and restful performance of Debussy’s three Nocturnes in an arrangement by his fellow Impressionist Ravel. 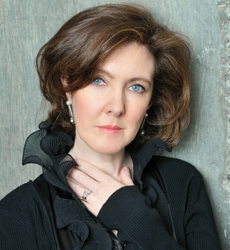 There were fine gradations of tone color, so nuanced that it’s meaningful to say that McDermott’s clouds (soft padding chords) in the “Nuages” movement were puffier than Bax’s clouds. Yet even in the “Fêtes” middle movement, one of the few places in Debussy’s oeuvre which breaks through his usual impressionistic fog to rear up as a dramatic landscape, was gentle to the point of dullness.

The two-piano version of Ravel’s own La Valse, his hothouse tribute to Johann Strauss the Younger, also played by McDermott and Bax, wasn’t always quite as low-key. With his giant fast runs all over the keyboard, Ravel is simply refusing to allow anything other than an extravagant performance. Yet wherever the music wanted to descend into infernal chaos, Bax and McDermott kept it muzzled. One section which jumps repeatedly between fortissimo and pianissimo every other bar was so tame as to be almost from a different work.

Wu Han joined each of her fellow pianists in turn for two large works by Sergei Rachmaninov. His Fantasie-Tableaux, Op. 5, was composed in the immediate wake of Tchaikovsky’s generous praise of the student composer, and appears to have been written under the spell of delicate Tchaikovsky pieces like the Dance of the Sugar-Plum Fairy. Much of it, including virtually the entire opening Barcarolle, lives entirely in the jangly far upper reaches of the keyboard. In his other movements, Rachmaninov offers some harsh repeated figures designed to bore through the listener’s brain. In other performances, they ring out like bells; Bax substitutes the equivalent of muffled drums. 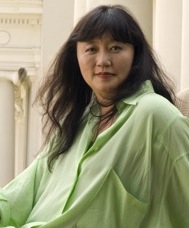 Wu Han’s style in this work did not differ too much from that of Bax. Something more like her typically rough-hewn character broke out when she was paired with McDermott for Rachmaninov’s Suite No. 2, Op. 17 (the Fantasie-Tableaux counts as Suite No.1). This was, at its best, an excitingly chaotic performance, yet without the lack of coordination so common when two pianists are on a roll. Wu Han gave careful cues nodding her head, the only appendage available, and McDermott matched her closely. The problem came from the composer. Even more than is its predecessor, Rachmaninov’s suite is diffuse and garrulous, lasting much longer than anything it has to say.

For an encore, a fourth pianist, 19-year-old Peter Asimov, joined in as all four pianists sat down at one keyboard to attempt the Galop-Marche for eight hands by Albert Lavignac, a French music professor a generation older than the Impressionists. Lavignac’s compositions, Baker’s Biographical Dictionary of Musicians says severely, “are of little importance.” The music’s importance, however, was hardly the point. A more serious composition would only have gotten in the way as we watched arms shoot out from the middle to turn pages and whole pianists get pushed off the bench and have to edge their way back on. It was a goofy fun way to end the concert.