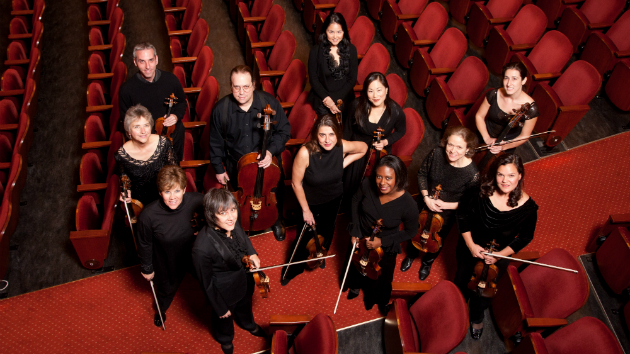 When she departs New Century Chamber Orchestra at the end of the season, Nadja Salerno-Sonnenberg will leave a legacy behind. Since 2008, when she took the helm, the orchestra has expanded not only its own capabilities, but also, the repertoire itself, through Salerno-Sonnenberg’s Featured Composer Program. New Century has commissioned eight new works by male and female composers in equal numbers, and the one I heard, by Derek Bermel in 2015, was inventive and exciting. 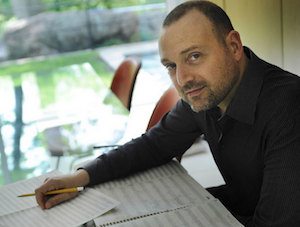 Likely, so were the other commissioned works. However, though the Tuesday opening night program of the orchestra’s 25th-Anniversary Festival (which also honors Salerno-Sonnenberg’s tenure) featured music by all eight composer laureates, disappointingly, fewer than half of the actual commissions appeared. Instead, there were bonbons, and quickly, overindulgence.

It’s a shame, because New Century played so well. In an entertaining excerpt from Clarice Assad’s Impressions, one of the commissioned works, each section of the orchestra has its moment to shine. Sure enough, each outdid the last; the second violins, a little choir of crooners, were especially charming. In the movement from Bermel’s Murmurations, which evokes birds in flight, featured solos easily glided over the rest of the group, who played their accompanying arpeggios with utter smoothness. Later, in the soupy and sappy works, New Century’s artistry was the saving grace. 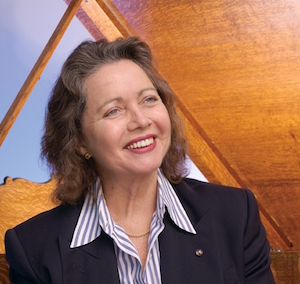 Well-crafted classicism characterizes Ellen Taaffe Zwilich’s Prologue and Variations, the evening’s most substantial work. Though Zwilich doesn’t write variations in a traditional sense, a motif of a minor second never strays far from the mix. The other character is Shostakovich: the head theme trails off in “DSCH” (a signature Shostakovich motif), and his hallmark pairing of lyrical solos with cruelly impassive accompaniments occurred plentifully.

Even within this style, however, Zwilich’s writing is much more creative than it is derivative, and though Prologue and Variations doesn’t sound particularly new (in fact, it was written in 1983), that’s not a criticism. In the end of the work, major-minor play coalesces in gorgeously dissonant chords that are uniquely Zwilich’s own. 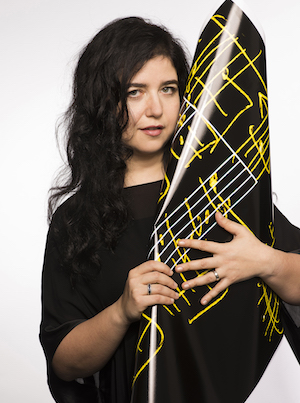 Another highlight was Lera Auerbach’s “Primera Luz,” the first movement of her NCCO-commissioned string symphony Memoria de la Luz. Otherworldly harmonics, slowly revolving in complex harmonies, and a haunting solo by Salerno-Sonnenberg evoke inward deliberation. Auerbach, a Russian-born composer and pianist, brings forth a distinct new voice in this brief movement, and I regret having missed the complete performance, in 2013.

Two rags by William Bolcom were the best of the frothy fun. The arrangement, from solo piano, isn’t anything to write home about; a string quartet works as well or better. But Bolcom is a master of ragtime, and NCO played so elegantly in The Graceful Ghost and jauntily in Incineratorag that it was delightful, all the same.

In many contemporary works, the biggest challenge lies in piecing together the various moving parts. Not so, Salerno-Sonnenberg said, in the case of Jennifer Higdon, whose fluent writing facilitates easy assembly. Perhaps too easy. Dance Card, the suite she wrote for NCCO, is more dynamic, but Wednesday’s To the Point, a four-minute work adapted from her String Quartet No. 4, is busily bland.

Repeated listens might cause a dip in I.Q., but Strut, by Michael Daugherty, at least has a strong point of view. His commissioned work was a full-length violin concerto; this short and high-energy piece, however, would do best as the soundtrack to an installment of Mission Impossible (or James Bond, to which Salerno-Sonnenberg referred). Song of the Liberty Bell is the theme song Mark O’Connor wrote for a PBS documentary about the American Revolution. It sounds like it.