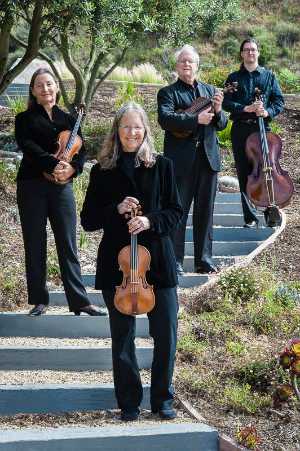 With several dozen string quartets in residence and many others passing through, the Bay Area isn’t an easy place for ensembles to attain distinction. Some quartets distinguish themselves from the pack by specializing in certain styles: contemporary literature, crossover, or in the case of the New Esterházy Quartet, historically informed performance.

Indeed, by the end of its third season Esterházy — Kati Kyme and Lisa Weiss, violins; Anthony Martin, viola; and William Skeen, cello — had made a name for itself with critically well-received performances of all 68 Haydn string quartets on period instruments. But the group’s three-part series of Beethoven’s late quartets at The Berkeley Hillside Club last week — August 26, 28, and 30 — ultimately stood out in a bad way: all six works (Op. Nos. 127, 130, 131, 132, 133, and 135) sounded laborious and dreary.

Esterházy’s period instruments projected less than modern ones do, which, rather than detracting from the performance, played up the intimate nature of Beethoven’s works. The players used vibrato extremely sparingly, which created a compelling organ-like effect in the slow movement of Op. 132, Beethoven’s spiritual song of thanksgiving composed after he recovered from an illness.

But on the whole, Esterházy exhibited period playing gone wrong. The three upper strings’ fingerings favored first position, presumably to maximize string lengths, but instead creating lumps and bumps in passages that should have been smooth. Their lighter bow strokes lacked body, so much so that the sul ponticello ("at the bridge") section in the Presto of Op. 131 didn’t sound much different than what came before.

Worst of all, the group’s interpretation was anemic. Aiming to truthfully convey composers’ intentions, many period ensembles attempt to do away with the extraneous performance conventions that have developed over the hundreds of years since the scores were conceived. Violist Martin explained the quartet’s decision to use period instruments as part of “an attempt to inhabit Beethoven’s world” — a laudable goal. In an ironic twist, however, Esterházy’s interpretations were temperate to the point of inaccuracy. For example, the group passed over the jolting accents in the last movement of Op. 130, and the first movement of Op. 127 was missing the dramatic dynamic changes Beethoven so unambiguously marks. 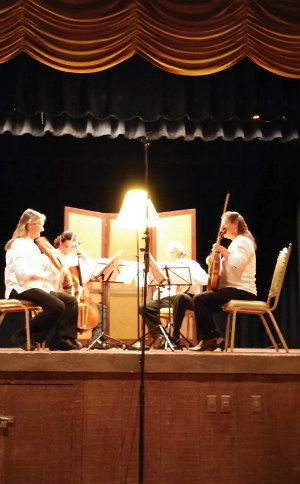 Carelessness was a recurring theme over the three-day run. Violinist Weiss’s playing, in particular, had all of the sloppiness of late Romanticism, but with none of the artistry. The group’s intonation — distractingly bad, albeit better under Kyme’s leadership than Weiss’ — confused the effect of the more striking harmonic progressions, such as the series of falling diminished chords in the third movement (Andante con moto) of Op. 130. The slow movements were played too quickly to be expressive, and the fast movements were sluggish, creating the soporific effect of a single, unchanging pulse. Under Esterházy’s treatment, the comically insistent repetitions in the Presto of Op. 131 felt glum.

Joseph Kerman argued that Beethoven wrote his final quartets not for the performers or audience members, but for himself. To its credit, the New Esterházy Quartet did capture the introspective nature of these last works — if only in its utter lack of connection with the audience. The group projected little energy or intent, failing to elucidate the complex contrapuntal lines in movements like the Andante of Op. 130, which sounded pokey instead of intricate. It’s saddening to think that the Berkeley community members (and lots of them — the Club was filled to capacity) may have walked away thinking Beethoven’s quartets are plodding, gloomy works: It’s an insult to our 19th-century predecessors to think that they would have played with so little characterization.

Period performances of quartet repertoire can and should be exciting, but they have a lot to prove to mainstream classical audiences, who may not be accustomed to the styles of pared-down vibrato and airy bowing. Ultimately, the New Esterházy Quartet didn’t present a convincing case.