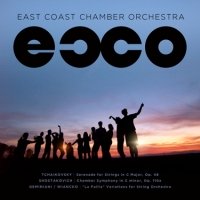 As classical music goes increasingly DIY, we’re seeing more independent ensembles (following the example of Orpheus and others) touring the country, landing on even conservative presenting programs, and trying to find new, sustainable ways to make music without the traditional support of an established, full-time municipal orchestra. Two of the more exciting indie classical orchestras just released new CDs that show that a different operating model doesn’t diminish the music’s quality. Still, if orchestras like this are going to innovate on the operational side — more power to ’em! — I wish they’d also include more innovative and contemporary music in their programs.

In fact, none of contents of both the Knights’ A Second of Silence and East Coast Chamber Orchestra’s ECCO would frighten off patrons of traditional classical presenting programs, even if the players don’t always perform in standard 19th-century formal attire. Most of the former CD is taken up by a pair of Schubert symphonies, while the latter sports a Tchaikovsky “tchestnut” and a half-century-old Shostakovich chamber symphony. The 18-member ECCO (founded in 2001 and composed of members of the Borromeo, Daedalus, and Jupiter string quartets; the Boston Symphony; and the Philadelphia Orchestra) offers a relatively cool modern version of the syrupy Serenade for Strings, channeling its Mozartean roots and never overindulging in the saccharine. The transparency and rhythmic punch afforded by skilled playing at chamber orchestra scale also benefits Shostakovich’s Chamber Symphony, an orchestration of his famous String Quartet No. 8. Considering that ECCO is essentially a side gig to the players’ regular jobs, and that they’re operating without a conductor, the sound is remarkably cohesive and stands up to any recent recordings I’ve heard of these classics.

The Knights - Eric Satie: Gymnopédie I


The wild card is Michi Wiancko’s cheerfully wacky arrangement of Francesco Geminiani’s orchestration of Archangelo (not, as the CD liner notes have it, Antonio) Corelli’s setting of one of the most durable tunes in all of Western music, the famed La follia variations. This one adds contemporary sounds (Latin jazz-band woodblocks, occasionally anachronistic harmonies) and other surprises to make a thoroughly delightful encore, even if you don’t normally cotton to inflated modern string arrangements of Baroque repertoire. 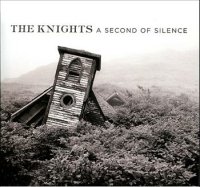 The energetic young New York–based freelancers in the Knights nod to modernity by interweaving short, quiet, late-20th-century works by Philip Glass (his pensive 1983 music from a Beckett play, Company) and Morton Feldman (his poignant elegy to his teacher, Madame Press Died Last Week at Ninety), among the aforementioned Schubert symphonies and two very nice arrangements of his songs, plus a couple of Satie’s familiar Gymnopedies. What makes the CD distinctive is the connections between the pieces on the program, similar to a concert theme, in which the common thread is Feldman’s statement praising the “hovering” that is “one of the magics of Schubert.” What this translates to is works that are not merely tranquil but whose “dissolution into silence remains their ultimate object,” according to the liner notes. That’s certainly true of the meditative Glass and Feldman pieces, while the Andante movement from Schubert’s Unfinished Symphony gains much of its power from its slow, coiled tension, like singing a ballad while balancing on (or, sure, hovering over) a precipice.

The best part of this handsomely packaged and persuasively performed disk is that you don’t have to know anything about themes or trends in orchestral economics to appreciate it.

Concert and festival themes often wind up being pretty contrived, and I’m glad the Knights didn’t descend into mere interpretive point-making in these deft, buoyant performances. They let the music, not the theme, rule, and they give Schubert the poignant lightness — but not lightweight-ness — that more overtly Romantic interpretations often drag down. Their performance of his Symphony No. 3 packs all the propulsive rhythmic punch you’d want, while still tripping lightly (the tempo shifts are managed especially adroitly) through its sunny landscape. Although not avoiding drama, the Knights play Schubert more like dusky Mozart than heavy Brahms, and it serves the music beautifully. If the thematic program encourages listeners to buy yet another recording of Schubert symphonies, then fine, but the best part of this handsomely packaged and persuasively performed disk is that you don’t have to know anything about themes or trends in orchestral economics to appreciate it. You can just play it, and the smartly constructed program and committed performances do the rest, as they should.