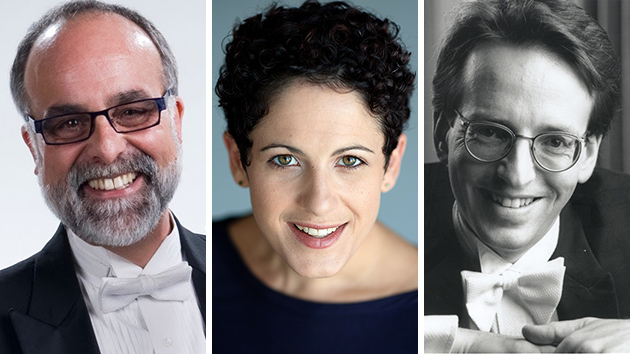 After four years in exile, Noe Valley Chamber Music returned home on Sunday afternoon to a sold-out, SRO audience — the largest in the organization’s 22-year history. Those in attendance witnessed a memorable collaboration full of warmth, appreciation, and great music performed by eight musicians. It may have been a concert, but it also felt like a welcome home party, hosted by cellist Emil Miland, who proved to be a wise choice for the role.

The impressive roster of artists Miland’s collaborated with includes Joyce DiDonato, Susan Graham, Frederica von Stade, and Lorraine Hunt-Lieberson. Lou Harrison and Jake Heggie are among the numerous composers who’ve written and dedicated works to him. He’s been playing with the San Francisco Opera Orchestra since 1988. Everywhere I turned before the concert and during intermission I overheard someone asking “Do you know Emil?” and the answer was usually affirmative. As is the case with all great hosts, he made sure to invite some special friends to make sure the event was a hit for everyone present.

In “Exiled,” Wade cast the listener directly into the protagonist’s anguish, turmoil, and sense of despair, with Moss delivering the last line like one succumbing to her own death.

The highlight of the evening was the premiere of composer Liam Wade’s song cycle Full Fathom Five, performed by soprano Ann Moss, pianist Steven Bailey, and Miland. Moss and Wade chose six poems by Edna St. Vincent Millay for the text, all of which were inspired by the coast of Maine. Wade, who’s partnered with Moss for over 14 years, gave the singer plenty of room to display her strengths, using her crystalline voice and exquisite phrasing to reach soaring heights before vanishing into gossamer-thin whispers.

Beginning with “Exiled,” Wade cast the listener directly into the protagonist’s anguish, turmoil, and sense of despair, with Moss delivering the last line like one succumbing to her own death. “Inland” began with a gentle pizzicato during the first two verses, but when Miland placed his bow to the strings the song turned into a succession of skittering, agitated questions underneath Moss’ masterful legato.

I got lost between “Eel-Grass” and “Low Tide” as the lyrics switched back and forth between the two poems. Later, Wade explained the change-up was a way to heighten the dramatic effect of the words, inspired by the way the Beatles alternate “I Want You” and “She’s So Heavy” on the Abbey Road album. It didn’t sound anything like Lennon and McCartney, but Wade’s piece does carry the same emotional weight, especially as “Ebb” gently fades out in four repeating notes which tick away like one’s life involuntarily escaping. The piece received an enthusiastic, deserved standing ovation.

The other pieces on the program included Miland and pianist Allison Lovejoy performing the U.S. premiere of Michel Merlet’s Prelude, Interlude, Postlude for Cello and Piano, Opus 39. The “Prelude” of the piece is actually the one from Bach’s Cello Suite No. 1. When Miland finished his loose-limbed interpretation, Lovejoy performed the “Interlude.” This sounded like a familiar piece from the late 19th or early 20th century, but is an original composition. The “Postlude” is Bach’s Prelude and Merlet’s Interlude played together as a classical mash-up. The combination produced pleasing sonorities and sounded surprisingly organic.

Miland’s high point came after the intermission during his expressive performance with David Conte in the latter’s Aria and Fugue, Miland fluidly lending the first part a rich, romantic tone. Equally satisfying was Lou Harrison’s Suite for Cello and Piano, which Miland performed with Joan Nagano. Written in 1995 and dedicated to Miland, it proved an accessible delight.

The last piece on the schedule featured a duet with Miland and composer Jake Heggie for three Noel Coward songs arranged by Heggie: “Mad About the Boy,” “Someday I’ll Find You,” and “Meme les anges (Even the Angels).” Not surprisingly, Heggie’s arrangements are gorgeous, but what I found most appealing about this segment was its unexpected aura of being back in the last great days of San Francisco’s piano bar scene. Heggie knows how to entertain on the keys, but like that era’s best players, he gives the singer, or in this case the soloist, the spotlight. Together they had the audience eating out of their hands.