It took Apollo 11 four days, six hours, and 45 minutes to travel from the earth to the moon. It took our Honda Accord, with me and my wife inside, about one-fiftieth of that time on Saturday to drive from San Francisco to Yountville, where Festival Napa Valley was celebrating the 50th anniversary of that far-longer and more momentous junket with a “Song to the Moon” concert. The astronauts, however, weren’t slowed down by heavy traffic. So I think we should be excused for having arrived at the Lincoln Theater after the two-minute opening selection, Richard Strauss’s “Sunrise” from Also Sprach Zarathustra, had already been performed. 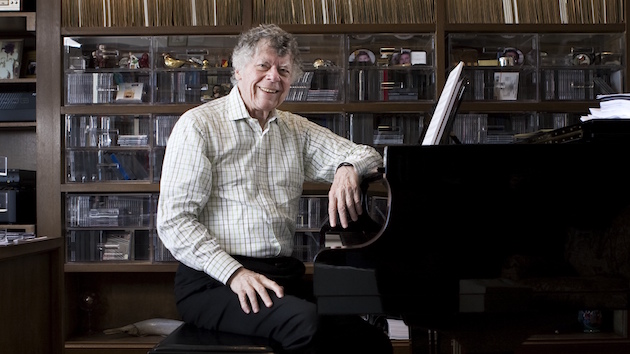 The theme continued in the second piece, San Francisco-based composer Gordon Getty’s setting of what he’s said may be his longest original poem, The Old Man in the Night, whose story, an interchange between two men at the opposite ends of their lives, moves from twilight into nighttime, with allusions to “the Huntress Moon.” It’s a score whose musical drama evokes Wagner and demands crisp and clear declaration both instrumental and vocal, the latter challenged by the composer’s tendency toward sustained unison tones. In this regard, and without amplification, the women of the Festival Napa Valley Volti Chorale, under chorus master Robert Geary, fared better than the somewhat muted men. Conductor Joel Revzen perfectly paced and balanced the Festival Orchestra Napa through Getty’s setting of clarion horns and moody strings against the singers’ gravitas.

What could be tagged the title item on the program, the “Song to the Moon” from Dvořák’s mythological opera Rusalka, brought up soprano Andriana Chuchman, a recent S.F. Opera debutante (in Jake Heggie’s It’s a Wonderful Life.) Chuchman’s singing was luminous, warm, and welcoming, even in this rather plaintive declaration of longing. Revzen supported the tenderness of composer and singer, as did the instrumentalists and the strings in particular, almost painterly in their ornamental strokes.

Chuchman, in the audibly clear and intimate comfort of the 1,200-seat Lincoln Theater, sounded even more engaging as the title character in Carlisle Floyd’s Susannah. The singer showcased her theatrical as well as vocal chops, physically conveying the young woman’s rapture under the skies of Tennessee. Chuchman’s voice was as strong as it was credibly sweet, easily holding its own directly in front of the orchestra, and the masterful dynamics of composer, players, and singer seemed to command the breaths and heartbeats of the audience.

In an intermission conversation, Gordon Getty, the only composer there to witness his own work, expressed his satisfaction with the reading of his piece. San Francisco Conservatory of Music president David Stull pointed out that the Festival Orchestra was an all-star aggregation of members of his faculty and the San Francisco Symphony, as well as summer visitors from top-drawer U.S. and Canadian orchestras.

Gustav Holst’s early 20th-century orchestral suite The Planets occupied the entire second half of the program. It was introduced by Donald R. Pettit, who, at age 64, is NASA’s oldest active astronaut and a veteran of three spaceflights. The performance was continuously accompanied by still and moving images captured by Pettit during his 23 years of service, some of them compiled in his 2016 book Spaceborne (Press Syndication Group).

More than a view of the solar system (the composer was far more interested in astrology than astronomy), Holst’s magnum opus amounts to a display of his love of every section of the orchestra, as well as evidence of why this work has been reborn in so many science-fiction film scores and appears in retrospect as ahead of its time. Consider the staggered syncopation of the first section, “Mars, the Bringer of War,” exactingly executed by Revzen and the Festival Orchestra, and irresistibly evocative of John Willams’s music for the Star Wars franchise. Holst was a master of crescendo and the brilliance of brass, though in “Venus, the Bringer of Peace,” the composer turns to solos against a pacific pulse, serving on this evening to showcase the virtuosity of concertmaster Kay Stern, principal cello Winona Zelenka, and others

Assuring his eclectic embrace of all the modes and moods brought by Holst, Revzen led his strings through a frisky “Mercury, the Winged Messenger” before taking on what’s arguably the biggest hit among these musical orbs, “Jupiter, the Bringer of Jollity.” This performance was as convincingly royal as any I’ve heard on disc or in person, and it reminded me that the slow air within the section was adapted as an English patriotic hymn, “I Vow to Thee, My Country,” which I sang alongside my preteen school chums during my year in the fourth form in London and Kent.

“Jupiter” is a hard act to follow, and “Saturn, the Bringer of Old Age” inevitably seems stark and inert by comparison, but this performance found the awesome within all that. “Uranus, the Magician,” good-natured and alluring, sounded ready for its film score closeup, and “Neptune, the Mystic” ended the outer planetary magic in crystalline form, with the Volti Chorale beautifully, wordlessly intoning Holst’s tricky sui generis melodic concept. We departed this musical planetarium satisfied that both composers and performers had shown us all there was to hear.

And the homeward voyage on the only planet not accounted for by Holst was illuminated by a newly waning gibbous moon.

Corrections: As originally published, this review misspelled Adriana Chuchman's last name (as Churchman). The photographer credit for the concert images above goes to Bob McClenahan, not Paul Richardson. Finally, Kay Stern was concertmaster for that performance, not Laura Hamilton, as originally stated.