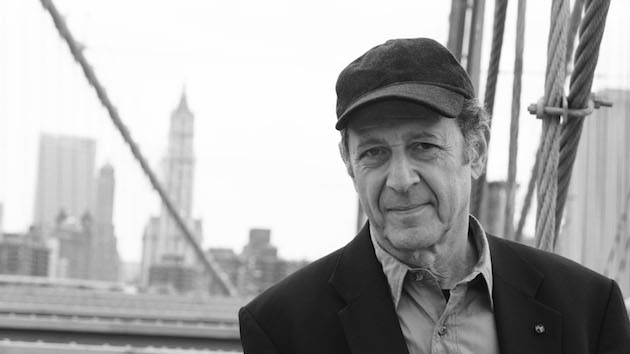 In 1939 Franklin Delano Roosevelt was president and Igor Stravinsky was living in Los Angeles when Monday Evening Concerts presented its first program devoted to modern music. But until Monday, as the opening of its 80th season, the Monday Evening Concerts had never presented a concert primarily devoted to the music of Steve Reich. It was an omission that was noted, and now has been rectified by M.E.C.’s artistic director, Jonathan Hepfer.

Monday’s program, which drew a capacity audience to the Colburn School’s Zipper Hall, opened with Reich’s 1966 electronic tape collage, Come Out, and ended with his seminal 1974–1976 composition, Music for 18 Musicians. The program also maintained a long-held M.E.C. tradition of combining cutting-edge modern compositions with music from the Medieval, Renaissance and Baroque periods — in this case two settings of the chant Viderunt Omnes by Léonin (ca. 1160) and Pérotin (ca.1198).

The unifying factor, Hepfer explained, was that the two ancient compositions represent the moment when monophony gave way to polyphony, when a single voice became many voices. Reich’s compositions begin with a single voice or pulsating rhythm and then expand into a clockwork of interconnected and overlapping patterns. It might sound like a strange juxtaposition, but the resulting concert was fascinating.

Come Out was composed to raise money for the defense fund of the Harlem Six, a group of black men who had been arrested and beaten during a 1964 confrontation that became known as the Little Fruit Stand Riot. After recording hours of interviews, Reich extracted a single sentence spoken by Daniel Hamm, “I had to, like, open the bruise up, and let some of the bruise blood come out to show them.”

In the darkened hall, Hamm’s voice emanated from a pair of suspended speakers, the sentence repeated over and over. Then Reich deconstructs the sentence into repeated fragmented repetitions, adds a rumbling electronic pulse, and keeps on layering until the piece’s initial simplicity takes on multidimensional depth. A single man’s call for aid evolves into a million-man march that eventually fades off into the distance.

Nothing could have provided a more provocative tonal transition than the sudden introduction of a pure tone from a single bell. This summoning to prayer indicated the beginning of the Viderunt Omnes, an 11th-century Gregorian Chant in the Catholic Church that was reinterpreted by Léonin and later by Pérotin.

Cantors of the Cathedral of Notre Dame de Paris, like Leonin, introduced a two-part polyphony called “organum,” with the tenor voice sailing above and elaborating on the bass melody. At times the text all but disappears, the words becoming a stream of melismatic extension, a trance-like effect of pure sound without meaning. The more complex polyphony added by Pérotin expanded the vocal lines from two to four with the four voices at times singing in homophony, singing different pitches but in the same rhythm.

Performed by the M.E.C. Early Music Consort — Taylor Jacobs (tenor), David Morales (tenor), Joel Nesvadba (baritone), Joe Park (bass), Malachai Bandy (vielle) and Jonathan Hepfer (bells), the ancient vocal sonorities chanting the Latin text accentuated by the droned tones of the stringed vielle and the pure-toned tintinnabulation of the bells, transformed the hall into a time tunnel where the ancient past and modern world intersected.

Music for 18 Musicians he was moving away from minimalism’s process forms is Reich’s first large ensemble piece and its brilliance lies in the way it incorporates a new structure with the musical processes the composer had already pioneered. It is also a work that benefits greatly from being encountered in a live performance. As opposed to recordings, in a live performance the space between the instruments becomes a crucial part of the dynamic, either in single units (violin and cello and paired clarinets) or antiphonally (fours singers, keyboards and mallet instruments).

Performed nonstop for 55 minutes, the work is a virtuosic tour-de-force. In the bright acoustic of Zipper Hall the effect was totally enveloping. The only concession that had to be made because of the limited size of the stage, was the substitution of four electronic keyboards for the four pianos Reich calls for in the score. It’s a piece that Reich has described as his “fullest maturation of interest in music as a gradual process.”

From the first pulsed figures of the paired marimbas to the final disappearing diminuendo from the solo violin, the performance abounded in energy, exacting detail, creating an ever-evolving musical matrix that totally encompassed hall.

The musicians of the Echoi Ensemble performed expertly.