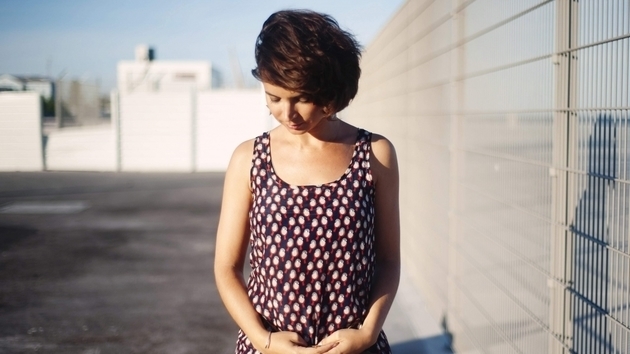 A soft hollowness pervades the length of Recognition. Instead of cynicism and rage, there is the sound of bruising that comes with viewing the horrific with empathy. Recognition is an album and film in which Portuguese composer and singer Sara Serpa is processing, witnessing the realities of her ancestral involvement in the colonization of Angola. Her work on this project came to a head when she discovered Super 8 home videos made by her grandfather, an owner of a salt flat in Angola, taken in 1961 in both Angola and Portugal. The film portion of Recognition is comprised of segments of this Super 8 footage, as prepared in silent loops and kaleidoscoping collage by the Portuguese filmmaker Bruno Soares.

Serpa takes a small host of collaborators on this journey: Zeena Parkins on harp, Mark Turner on tenor sax, and David Virelles on piano; restraint seems important in the dry musical landscape. Also with them, in either written form in the video or spoken, are a suite of texts by such revolutionary writers as Amílcar Cabral and José Luandino Vieira, giving both historical context for the often-shocking footage and the emotional accuracy brought by facts of life in a fascist colonial state.

Calmly wending, the conflict in the notes is rarely backed by fire, and the moments of maximum emotional effect are reached soberly. More linear than chordal, even the ringing of the piano and harp do not provide much cushion around the transparent intensity of Serpa’s vocals and Turner’s tenor. Each section stretches out in a hypnotizing arabesque pattern, matched by the undulating repetitions of video clips — it would be dizzying if it were faster. Perhaps this is partially why the piece as a visual and musical experience drags in the last quarter of its hour runtime. While the texture and emotional tone of the music matches the content of the film and text, it is a difficult moral maze to remain in for that long.

There is no comfort for the audience because no comforting is called for. Even in the last portion of the piece — the only portion with sung text — in which Serpa sings part of Cabral’s Unity and Struggle (1961), the circular song is the richest music we have heard yet and still feels like that same maze. Through Recognition, it seems that Serpa is walking with us the paths of horrible facts, watching the fascist military parades and Black Angolan people scaling mountains of salt in government-mandated forced labor.

While suggesting no solution or catharsis in acknowledging the unmitigated horror of colonialism, Recognition represents a way in which white artists may begin to process without further harm the culpability of their ancestors. It is important that she does include a warning about the footage: “Recognition portrays a reality that was brutally violent and oppressive towards Black Angolan people. Some scenes evoke slavery or torture, and might be traumatic.”

In an interview, Serpa describes the whole work as an “invitation to reflection” and, for herself, “a way of dealing with the past, and understanding the intersection between family stories and national history.” For artists who come from a place of privilege, this work is a beautiful example of how important it is to be clear on the nuances of why one is creating music concerning the oppression of others. Serpa was seeking to start to unravel the “common assumption that Portugal was a good colonizer” (as if there could be such a thing), and to use the project as a means to “understanding and recognizing a system that oppressed and abused so many people in the ex-Portuguese colonies in Africa … [and] recognizing systems and structures that still prevail to this day.”

What beauty rises to the surface in Recognition is not rhetorical; it is a byproduct of giving heart and mind to desolate, difficult work.