Even some avid listeners of classical music cringe at the mere thought of contemporary music. But violinist Kate Stenberg and pianist Sarah Cahill might be able to change such hearts and minds. On Friday evening at Old First Church in San Francisco, the Stenberg | Cahill Duo treated a small audience to a program of seven contemporary chamber pieces, including one premiere by a San-Francisco-based composer, Aaron Gervais.

The evening opened with a single-movement piece by Kaija Saariaho, Tocar. The title means “to touch,” and when composing this piece, Saariaho wondered how instruments as disparate as the violin and piano could metaphorically “touch” each other. Especially Stenberg’s part was adamantly impassioned and expressive.

Next, the musicians described Henry Cowell’s folk-inspired Sonata for Violin and Piano in terms of Cowell looking back at his Irish background. A soulful opening hymn gave way to a well-executed fugue. After a slow melody and fiddle-like gig, the fifth and final movement recapitulated ideas from the previous movements. This piece showed a different side to Cowell, who is probably better known for his more experimental music.

To conclude the first half, the duo played Linda Catlin Smith’s With Their Shadows Long (1997). As the title suggests, Smith “conceived of the two instruments as equal but different elements of the same line, two entities traveling the same path, occasionally casting shadows.” Reflective, introspective, and meditative, this piece often sounded like an exercise in pianissimo playing. It also paired well with Saariaho’s Tocar.

After intermission, Gervais introduced his Talking in Circles. Although the Stenberg | Cahill Duo gave its premiere, both the number of musicians and the instrumentation of this piece are open-ended. Talking in Circles also incorporates electronics. Gervais explained that the electronics vary depending on the number of performers. Such variance is possible partly because not all of the piece is strictly notated. On Friday, Talking in Circles was violin-dominated, and the piano and electronics seemed to follow or to echo Stenberg. The piece was musically and conceptually intriguing — in fact, I wished the Duo had performed it twice to give listeners a better sense of the piece’s variability and/or intransience. 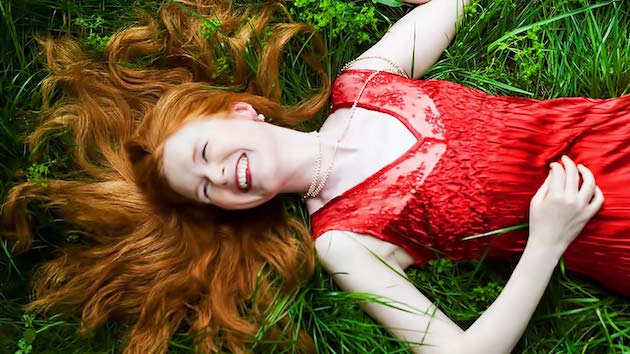 After this premiere, the Duo stepped back in time to play two short midcentury works by Grażyna Bacewicz, a Polish composer and violinist. Although the prismatic Witraz (Stained Glass Window) and the haunting Melodia were clearly disparate works, you could still hear a single, singular compositional voice through them. I had never heard Bacewicz’s music before; Friday’s performance left me curious to hear more.

Finally, the concert closed with a suite by the Berkeley-born Gabriela Lena Frank. Sueños de Chambi (Dreams of Chambi): Snapshots for an Andean Album was inspired by the work of Martín Chambi, a photographer who captured Peruvian life. These seven movements range from pastoral dances to an elegiac inner piano solo that Cahill performed beautifully. Being a flutist myself, I am perhaps partial to this piece’s version for flute and piano. But Stenberg proved that especially the final number, a lively Marinera, works better on violin.

Given the virtuosity and interpretive range this concert required, it’s difficult to believe that the Stenberg | Cahill Duo was formed in 2016: These two musicians sound as though they have been collaborating with one another much longer. Contemporary music fans are fortunate to have this simultaneously authoritative and approachable pair, which is committed to promoting and expanding experimental new music. And Bay Area audiences are fortunate to hear musicians of this caliber in a venue as intimate as Old First Church — the next time Stenberg and Cahill perform there, you definitely should not shy away.