It would have figured in any year to mount composer Jake Heggie and librettist Gene Scheer’s 2008 Christmas-tinted chamber opera Three Decembers in the calendar’s final month. But pulling it off under the pandemic restrictions of 2020, as Opera San José has done in a streaming production available through Dec. 31, is a multifaceted feat.

There is, first of all, the logistical achievement of getting first-rate performers onstage with each other, singing and acting in well-deployed close-ups and middle distance film shots. The adroit direction (by Tara Branham), simple but smartly conceived sets (Steven Kemp), telling costumes (Alyssa Oania), and period-perfect props all conjure, about as well as possible on a flat screen, the feel of opera as an intimate, immersive experience. Cutaway shots of conductor Christopher James Ray and two able, mask-wearing pianists (Veronika Agranov-Dafoe and Sunny Yoon), who play the reduced score, add to the atmosphere of a present-tense performance.

Beyond that is the piquant resonance of the material. Based on an unpublished play by Terrence NcNally, the Heggie collaborator (Dead Man Walking) who died earlier this year, Three Decembers weighs the power and perils of live musical theater — the very thing that artists and audiences have been missing so keenly in COVID-19 times. The work’s other big theme is memory, a widely shared preoccupation in these ruminative times

The 90-minute, three-character work’s dramatic premise is straightforward. Madeline Mitchell (mezzo Susan Graham) is a Broadway star with two adult children. Her gay son Charlie (baritone Efraín Solís) is coping with a partner’s AIDS diagnosis as the action begins in 1986. Her daughter Beatrice (soprano Maya Kherani) is married, unhappily as it turns out, with two children of her own.

In three scenes spaced ten years apart, the story revolves around the larger-then-life, somewhat cliched figure of Maddy, the strong-willed, egocentric actress and neglectful mother wrapped up in her own career. About all Charlie and Bea get from her is a breezy, braggy Christmas letter with precious little interest in their lives. Embedded at the center of the narrative is a family secret Maddy has been hiding for decades. Its revelation — no spoiler, even for this widely produced work — is the opera’s dramatic and musical catharsis.

Heggie’s characteristic melodic gifts are brightly wrapped here, in a work that veers close to musical theater at times — perhaps fittingly, given its main character’s career. In “A Street in Milan,” Graham sings a number with a decided touch of Stephen Sondheim, in its musing wistfulness and harmonic shading. An antic waltz about Maddy’s many shoes has a certain Sondheimian wit (though Scheer’s lyrics, here and elsewhere, lack great verbal dexterity).

Indeed, Three Decembers might well bear a thematic moniker borrowed from another Sondheim musical, the song “Children and Art” from Sunday in the Park with George, which is itself about a self-centered artist, in that case a fictionalized version of the painter Georges Seurat. 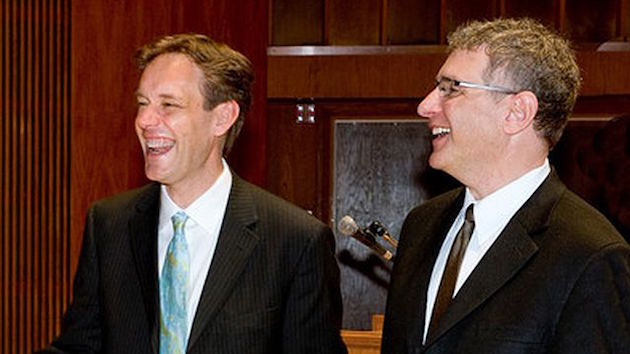 This is not meant to impose comparison on Heggie and Scheer’s piece, but rather to suggest the terrain it occupies. Three Decembers, despite its forays into dark material (the burgeoning AIDS crisis of the 1980s and ’90s, alcoholism, death), is essentially a sweet-natured work with an unapologetically sentimental strain. The gentle, consoling ending wouldn’t be out of place in a musical.

The characters disclose their feelings openly, in plangent, lyrically tender music. Sometimes they don’t even need to open their mouths to do so. The 1996 section opens with a long orchestral (here pianistic) setting of Charlie packing up his late partner’s clothing.

But fine singing is very much on display. Solís brings a blend of long-suffering grief, bleak humor, and smoldering anger to Charlie’s reckoning with his partner’s death. Kherani gets her big moment in her mother’s dressing room on the night of the Tony Awards, when her composure gives way to a drunken scrawl of resentment. Graham, in a role originally written for Frederica von Stade, sings with persuasive authority and self-possession, revealing the emotional wisdom behind Maddy’s theatricality. In a part that could tip into self-parody, she shows a measured restraint especially well suited to the camera’s probing eye.

While a full orchestration would add musical color, the appeal of Heggie’s score comes through. Especially noteworthy are several ensembles. One of the best comes when Charlie and Bea meet on the Golden Gate Bridge (a piece of scaffolding in the ingenious backstage aesthetic of the production). As they work through their conflicted feelings about their mother, the music soars and stammers, yearns and broods. It’s Heggie at his best, tracking the modulations of the heart in beats of puzzled anguish and caressing hope.