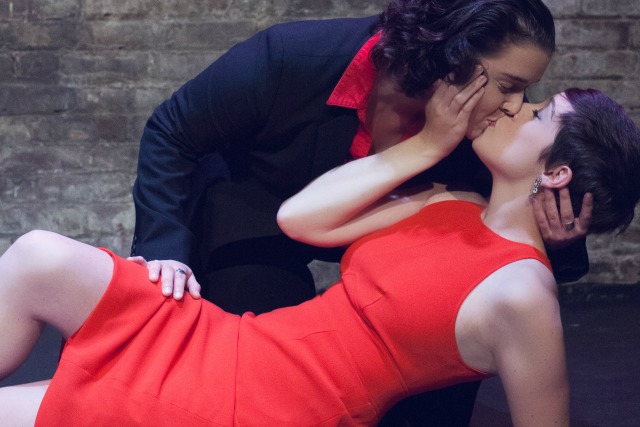 The fertile cultural breeding grounds around the San Francisco Bay have yielded another new opera initiative in the form of Opera Theater Unlimited (OTU), presenting an intimate yet powerful version of Monteverdi’s L’Incoronazione di Poppea, last weekend at the charming Exit Theatre in downtown San Francisco.

Founded in 2015 by soprano/stage director Sarah Young and a group of local artists and arts enthusiasts, OTU wants to create “daring, accessible, and innovative productions.”

For this season, director Sarah Young took Monteverdi’s 1643 masterpiece and condensed the original prologue and three acts into a trim, two-act chamber production by cutting scenes, simplifying the storyline, and reducing the number of singing characters from 28 to 16 – still requiring a cast of nine singers.

Young also moved the action from ancient Rome to the present day to illustrate that Poppea’s themes of political intrigue and lust for power are eternal. By choosing. almost exclusively, a cast of female singers, she transcends gender barriers by basically ignoring them.

With simple costumes, a few props and no sets except some chairs, the dramatic action of this Poppea is generated entirely by the nine singers and four instrumentalists. And with the audience as close to the action as it is at the Exit Theatre, there is no holding back, neither musically nor emotionally. The singers – all young, beginning professionals – have to give it their all.

Soprano Danielle Cheiken was magnificent, playful, and nimble as Poppea, lusting after the emperor and the position of empress with a combination of manipulative sensuality and calculated ambition. This was especially obvious in her passionate duets with Nerone, sung by a superb mezzo-soprano, Marissa Simmons, who was also very convincing at stirring up some boisterous rowdiness in the raucous party scene with his/her valet Lucano, one of the rewarding roles played and sung by soprano Katie Nix. Together with soprano Maggie Manire she did wonderful work and showed great versatility in a number of smaller parts: guards/soldiers (looking like Secret Service agents) and as Goddesses of Wisdom (Pallade/Manire), and Love (Amore/Nix), among others. 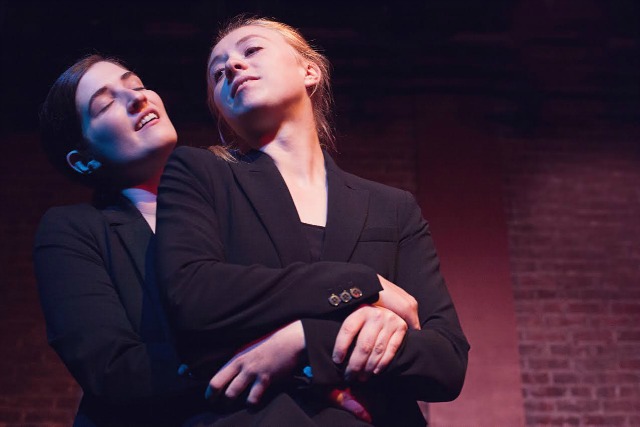 Soprano Jill Morgan Brenner was excellent as Nerone’s jilted wife and current empress, with her anger, sadness, and indignation percolating just below the surface when she laments her lot to her friend Drusilla, sung with nicely layered emotions by soprano Sara Hagenbuch.

Mezzo-soprano Ellen Presley impressed as Ottone, Poppea’s deceived lover who finds comfort in the arms of Drusilla (“With Drusilla on my lips but Poppea in my heart”) and spirited soprano Melissa Costa provided some comic relief as Arnalta, Poppea’s nurse and confidante. The only male voice in the ensemble, baritone Bryce Wiatrack as Seneca, was unfortunately a bit underpowered in his low register. This role really requires a bass.

The stage direction of this high-impact Poppea was creative, energetic and to the point, but tended to focus on characters at the center of the dramatic action. Understandable, but it meant that secondary characters sometimes just seemed to be waiting for their turn.

The musical direction, by conductor Edward Hong, was outstanding and his hard-working quartet of musicians (Julija Zibrat and Azat Fishyan, violins; James Jaffe, cello; and Paul Dab, keyboard) was simply perfect. My initial worry that the electronic keyboard would be a poor substitute for harpsichord and organ was quickly assuaged. It worked really well.

OTU is a budding opera company with ambition. They went from last year’s Britten (The Turn of the Screw, in September 2015) to Poppea, one of the oldest operas in existence; and for 2017, OTU has already commissioned a new opera by San Francisco based composer Joseph M. Colombo, with an original libretto by playwright and local performing arts educator Caitlin Mullan.