In the first set of Philharmonia Baroque concerts since announcing his impending retirement as music director at the end of the 2019–2020 season, Nicholas McGegan homed in on a single composer. As it happened, with “Mozart Magnified,” the orchestra he has led with such distinction for the past 33 years played second fiddle, as it were, to the vocal artists who shared and dominated the stage.

In three splendidly sung works, four soloists and the Philharmonia Chorale spread joy, reverence, exuberance, and more than a little musical drama through the Herbst Theatre on Friday, Oct. 5.  This was the second of four Bay Area performances of the program; a fifth had taken place the night before in Orange County. 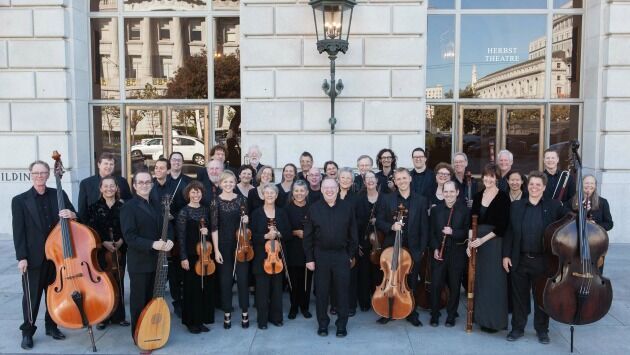 Not that it needed any further confirmation, but the bill pairing the “Coronation” Mass and the lesser known but exciting Litaniae Lauretanae BMV (Loretan Litanies of the Blessed Virgin Mary) with the soprano showpiece Exsultate, jubilate (Exult, rejoice) demonstrated once again the primary force of Mozart’s theatrical instincts as a composer. In the tight interplay of soloists, choir, and orchestra; the high-contrast effects of agitation and calm, declamation and delicacy; acute attention to the text; and the propulsive drive of the music, the concert captured the composer’s essential, animating nature. The sacred often felt operatically charged.

No one contributed more to the evening’s success than soprano Camille Ortiz. That was most prominently on display in a shining account of Exsultate, jubilate. Originally written for a castrato, this three-verse motet crowned with a bravura Alleluia sends the singer through passages of high-stakes coloratura and emotionally exposed moments of consolation.

Performing without a score, her face alight with smiles and expressive nuance, Ortiz deployed her vibrant tone and lush tremolo to striking effect. Even as the score exacted its demands for precision runs, leaps, and languid trills, the singer seemed at ease. Everything arrived without any sense of effort or exertion. The Alleluia glittered with light and liquid ornamentation. Pliant strings added discreet but important underpinning along the way.

Ortiz partnered with mezzo-soprano Meg Bragle, tenor James Reese, and bass-baritone Dashon Burton in the larger works that opened and closed the program. The Loretan Litanies came first.   In a kind of call-and-response structure, the soloists and choir made their way through the Kyrie, Sancta Maria, and so on with repeated pleas and affirmations at the end of each stanza: “miserere nobis, ora pro nobis” (have mercy on us, pray for us).

Soloists and choir were in tight accord, even when the exchanges were quick and deft. There were some challenges of range, imperfectly met by both Ortiz and Reese. The chorus didn’t land every entrance or cut-off perfectly. But even the soloists’ stretches to vocal depths and heights and the occasional metrical challenges lent a sense of adventure and spiritual investment. Mozart’s inventions kept coming across with conviction, from the near-dissonant choral tones clusters in the Salus Infirmorum (Health of the sick) to the gentle soft landing of the closing Agnus Dei. 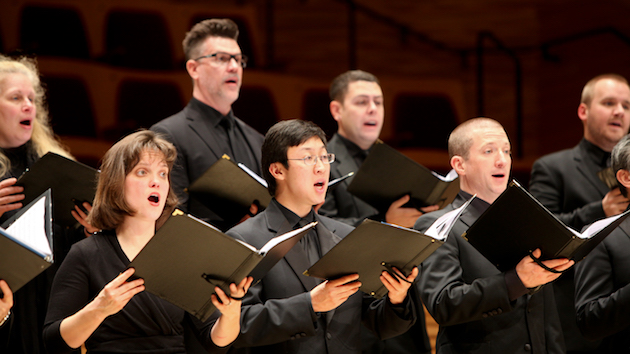 The grand but tautly drawn “Coronation” Mass occupied the second half of the evening. After opening with a brief, dynamically inflected Kyrie, the piece achieves its full amplitude in the Gloria. Here, above all, the performers distinguished themselves. One after another, the soloists laddered upwards. The chorus, reinforced by the brasses, added emphatic exclamations. The soloists, whose voiced blended gorgeously and transparently in the ensembles, were mutually sensitive, ringing out brightly or tactfully deferring as needed.

An urgently clipped Sanctus, colorfully woven Benedictus, and an Agnus Dei that gave Ortiz one final chance to soar, brought this wholly gratifying Mass to a close. As the end neared, McGegan seemed to take particular delight in cuing the singers through their later paces. If a conductor’s face and gestures could sing, McGegan would have been a fifth soloist. There were surely many in the Herbst audience contemplating a time when the conductor’s buoyant smile and bouncy podium moves will no longer be a reliable part of a Philharmonia Baroque performance. It made the pleasure of this evening all the keener.